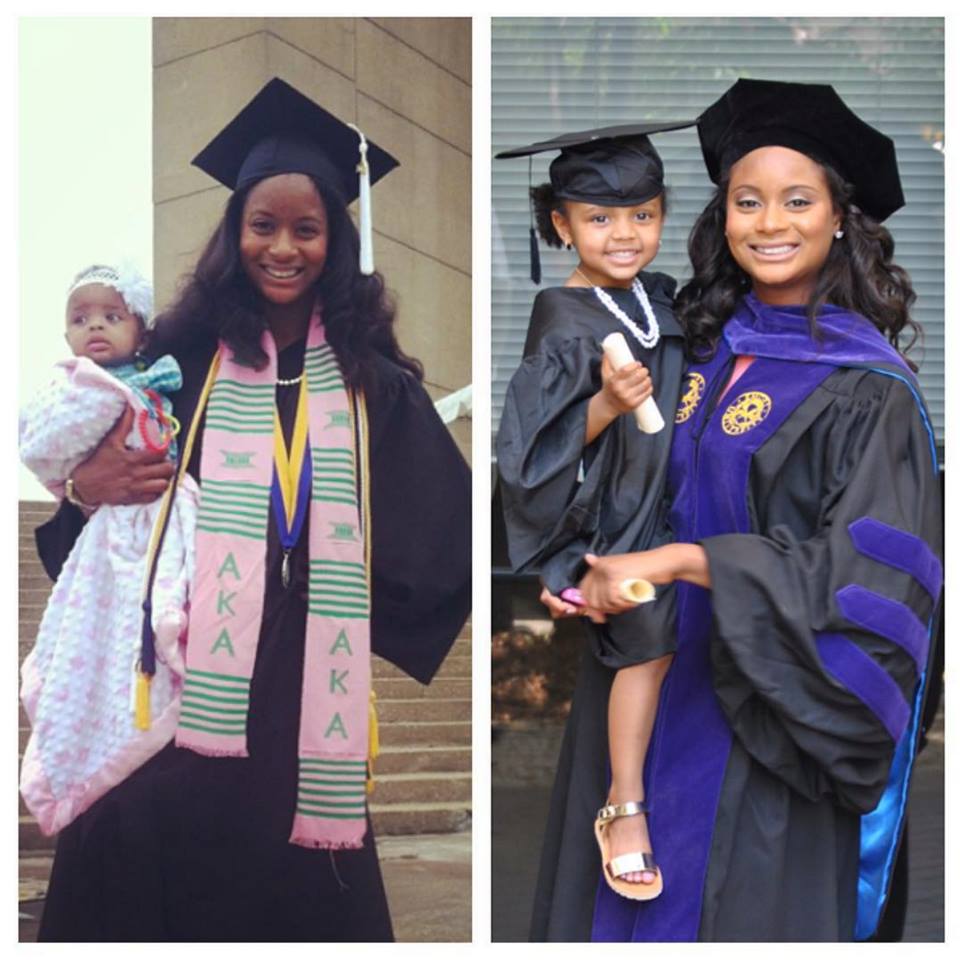 One of the things I have learned since leaving the home of my parents is that there is always a way to achieve what you need to achieve despite your circumstances.

Melonie Wright is one of those women that we can truly say never let her circumstance dictate her destiny. The now Emory Law Graduate went from a 4yr old special ed kid to homeless to Attorney and in a candid interview with The Root, she shared her story.

What were some of the obstacles you experienced in school and life in general?
I have a very not beautiful, broken, messed-up past, with some things in my control and some not. However, I believe that God used every single obstacle and challenge for good and, more importantly, his glory.

I began my education in a special education class. I dealt with insecurities throughout my childhood, which ultimately influenced me to make very poor choices in high school and college related to relationships. I ran track in college but eventually stopped running my spring semester of my junior year. A month later, I was pregnant with my daughter.

I took the LSAT [law school aptitude test] while eight months pregnant, and I was so exhausted. I experienced instances of domestic violence, with the relationship with her father ending in a terrible and violent way.

Following that incident, I had a two-week period where my daughter and I did not have anywhere to stay and we ended up in a motel. I also dealt with people saying and doing things that were not particularly encouraging.

While in law school, I had literally cents in my account, sometimes a negative balance. I had to spend money meant for books on my daughter’s medical bills when we were denied Medicaid. The summer after my first year, my car was deemed unsafe by the mechanic.

I had to ride the bus, but I didn’t have enough money to ride the bus at times. I would literally wake up in the morning and believe that God would meet my needs for the day, and I took Matthew 6:34 to heart. All the while, I was struggling to understand my law courses and to heal from my past.

One thing’s for sure Melonie has a whole lot of Faith and when she was asked what words of encouragement she would give to others who face set backs, this is what she said:

I would say give your life to Christ. He will mend your broken heart and give you peace even in the ugliest of situations. Accepting him means you believe his plans are much better than yours. I had no idea what I was getting myself into when I applied to law schools. I pretty much applied to schools that waived the application fee, since I didn’t have enough to pay for those fees.

It was tough, but just because something is tough doesn’t mean God is not there. God has shown me that in spite of everything, he still wanted me. He still values me. He just wanted me to come back to him. So if you have kids and you’re alone, life is not over. Get up and go after God. He still has a plan for you and he will use your story!

We wish Melonie all the best and as she walks her little girl to preschool later this year she can take solace in the fact her her Faith and her sacrifice will always be her little girls’ life lesson.