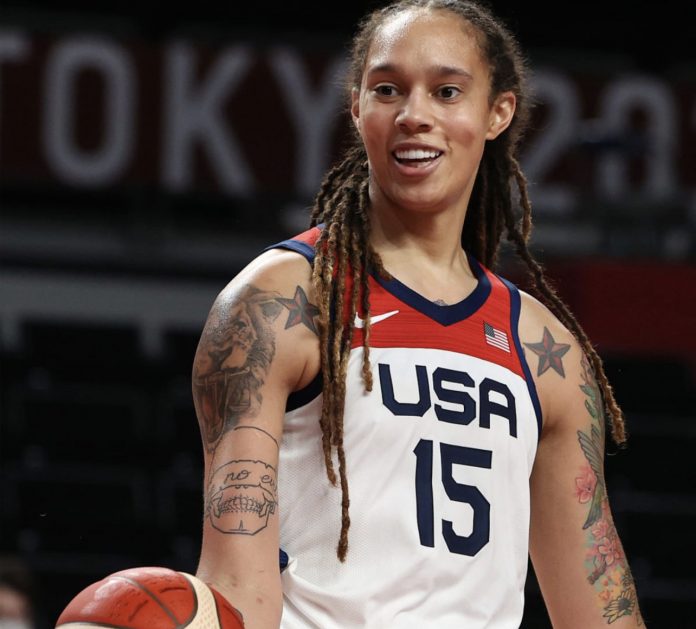 NBC spoke to Russian President Vladimir Putin’s top spokesman recently and on top of disagreeing that Brittney is being held hostage, he gave no indication that WNBA star will be released soon by Russian authorities who say they found hashish oil in her luggage.

In an exclusive interview with NBC News’ Keir Simmons, the spokesman, Dmitry Peskov, disputed the State Department’s position that Griner is a Russian hostage.

Griner, he said, was no different from “hundreds and hundreds of Russian citizens that were sentenced for carrying hashish.”

“Why should we make an exemption for a foreign citizen?” he added.

Griner, 31, was detained in February after she landed in Moscow; authorities said a search of her bag revealed vape cartridges containing hashish oil, a derivative of cannabis. The offense could carry a maximum penalty of 10 years in prison in Russia.

Peskov was interviewed in Moscow, where the government is cracking down on journalists and limiting what reporters can say under threat of imprisonment.

“She violated Russian law, and now she’s being prosecuted,” Peskov said. “It’s not about being a hostage. There are lots of American citizens here. They’re enjoying their freedoms … but you have to obey the laws.”

According to the NY Daily News Griner’s wife, Cherelle, said Monday that the American embassy that was supposed to connect their call wasn’t staffed properly and no one was around to patch the call through to her.

“I was distraught. I was hurt. I was done, fed up,” Cherelle Griner said.

“I’m pretty sure I texted BG’s agent and was like: ‘I don’t want to talk to anybody. It’s going to take me a minute to get my emotions together, and just tell everybody I’m unavailable right now.’ Because it just knocked me out. I wasn’t well, I’m still not well.”

The State Department apologized and called it a “logistical error” because of staffing on the weekends.

But Cherelle Griner isn’t accepting that.

Former U.S. ambassador to the United Nations Bill Richardson, who has helped free American prisoners in Russia including Trevor Reed, is reportedly working on Griner’s case as well.