by Patrice
in Celebrity, Culture
0

If you’ve been following politics over the last year or two, you’re probably no stranger to the powerful woman that is Stacey Abrams;

She’s the country’s most recognizable political organizer who has successfully secured three election victories and is a tireless political advocate in the state of Georgia.

Recently, the beloved politician and voting rights activist sat down with Marie Claire for their April 2021 issue, and talked openly and honestly about the triumphs and challenges of fighting the good fight.

Check out a few excerpts below via Marie Claire:

On her definition of success and what it means to her:

“When you’re trying to build for a future, if you’re only building for your future, you are destined to fail […] My success is tied at the most base level with the success of my people, and my people are the South. My people are Americans.

My people are people of color. My success can only ever be real if I’m doing it for the success of others.”

On why the Capitol riots didn’t surprise her:

“I’m certainly always dismayed by the level of treachery that we saw on [January 6], but I wouldn’t say that that is new.

When I see the surprise, the aghast reaction, I think what people are reacting to is the immediacy of their interaction with this, but they forget about the years of conditioned exposure that so many more of us have lived with.

I grew up in the state of Mississippi, where the Confederate battle flag was the state flag.

I moved to Georgia, where the Confederate battle flag was incorporated into the state flag, where you could not enter a bank or the state capitol without this waving notion of what you should expect inside.

I don’t have the capacity for surprise at this.”

On why she doesn’t feel she has won anything yet:

“Because there’s nothing permanent about the change that we’re making until people believe it’s a change they should defend and maintain. And so every election, every fight, you’ve got to remind people that they have the capacity to win, and you have to do it anew.” 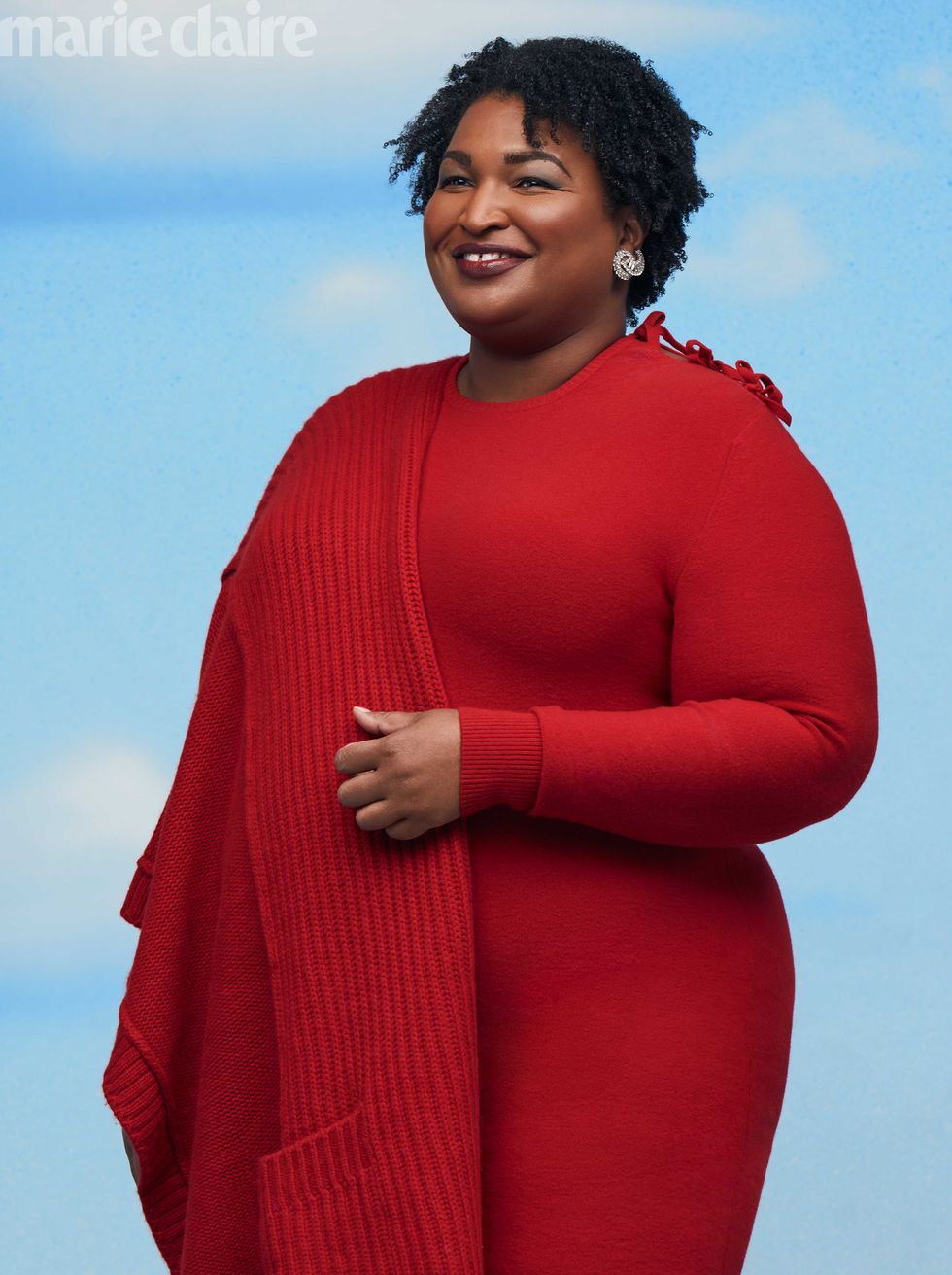 On wanting people to understand the power they hold:

“One of the most successful gaslighting operations in American history has been the disinformation [campaign] about our power, and because so many pieces of our society have been weaponized against us, we’ve also been conditioned to believe that weaponization is innate, that what they are doing is the right thing, and everything we’re asking for is a departure.”

On forward movement being possible on a national scale:

“If you can do it [in Georgia], you can prove that it is possible in enclaves that have given up. If you can do this stuff in the Deep South—if you can elect a Black Southern preacher and a Jewish son of an immigrant to the U.S. Senate while Donald Trump sits in the White House, then, by God, everything else is possible.”

Back To Relaxed: 4 Things To Consider Before Relaxing Your Natural Hair Again

Back To Relaxed: 4 Things To Consider Before Relaxing Your Natural Hair Again