by Emily Cottontop
in Hair, Hairstyles
0

Is this just an 80’s Jheri curl coming back or something special?

For you youngins’ the Jheri curl (often spelled Jerry curl or Jeri Curl) is a permanent wave hairstyle that was popular among black people during the 1980s and early 1990s.

It was invented by the hairdresser Jheri Redding, and looks glossy, wet, and loose when done.

A stylist known as @aceofashanti is going viral on TikTok after sharing a method of ‘reforming’ curls called “The Gina Curl” which looks similar to a classic Jheri curl.

In the video the caption says ‘watch me reform my client’s hair from kinky to curly”, a service the stylist says takes 8 hours and costs upwards of $950.00.

The stylist responded to a few comments sharing some details about the process when women started questioning the price. She said, it takes 8hours and can cost upwards of $950 depending on the length of the hair. 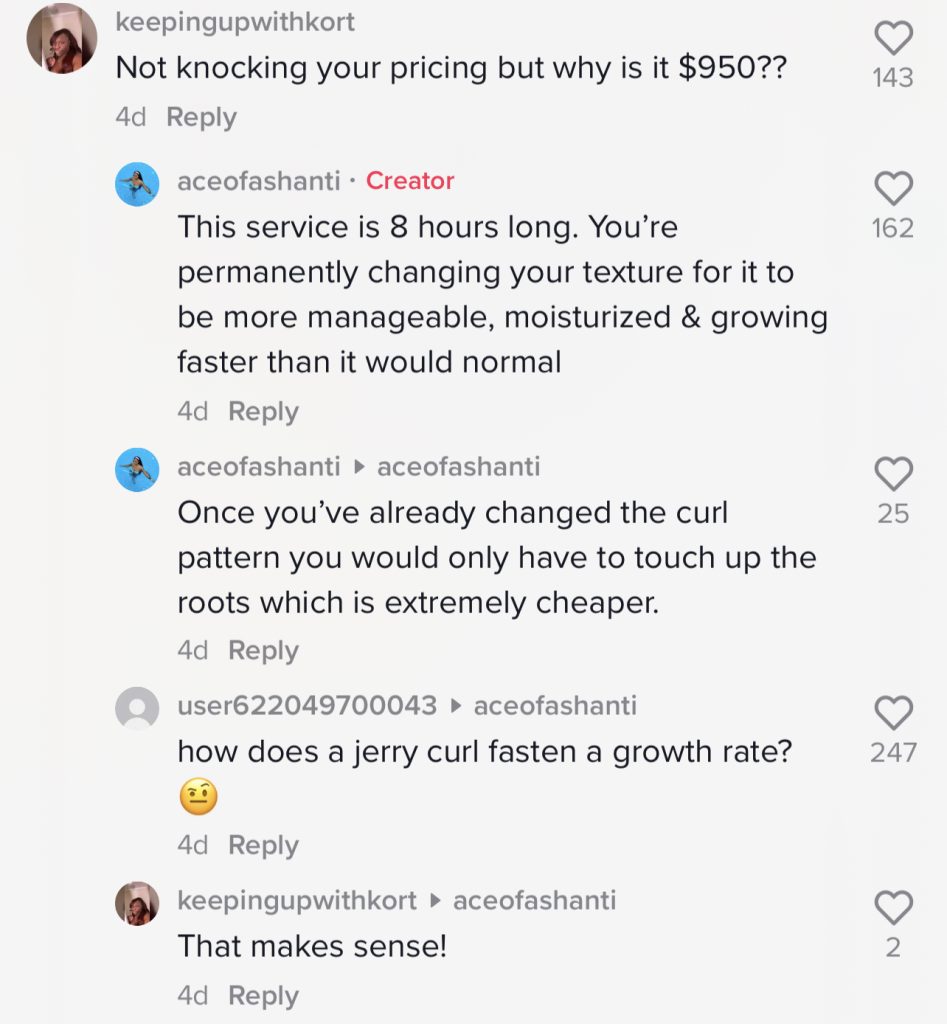 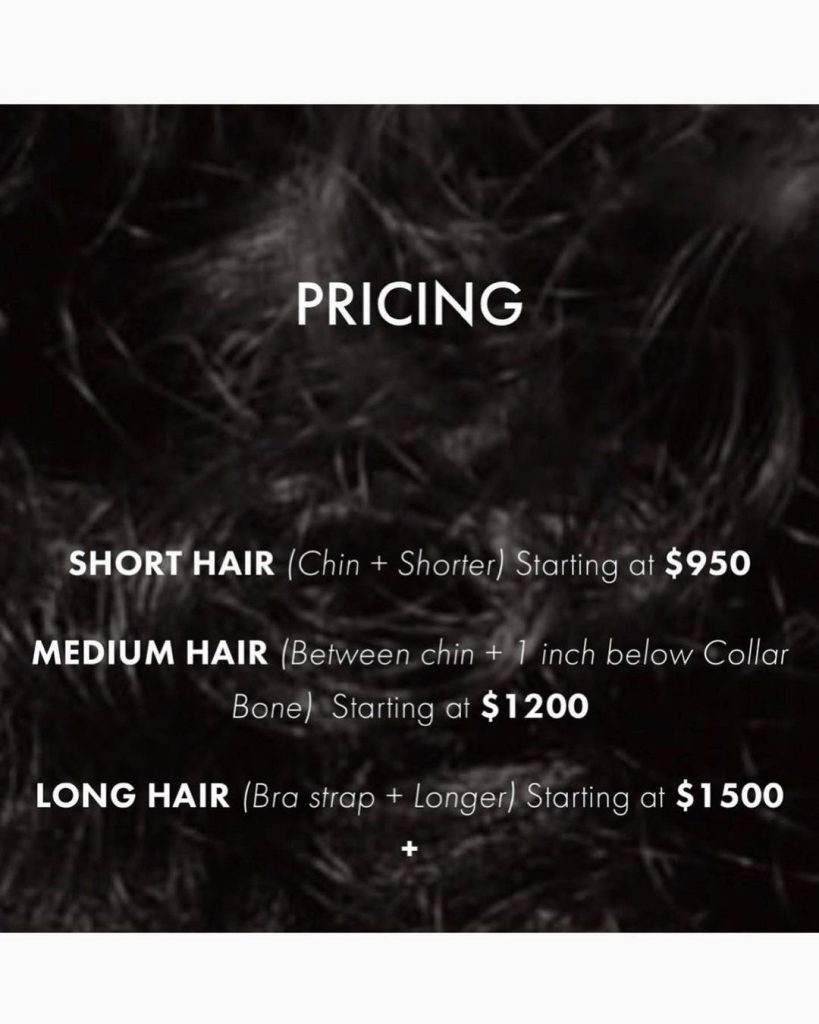 Twitter isn’t convinced about the cost or the style.

???????Get the police on the line, the girls are rebirthing the jherri curl, calling it the Gina Curl and charging $900 pic.twitter.com/q4DQujvWJw

The sad part about this is, if a person was clueless on how to take care of their textured hair before, then getting this service wont make it any easier, especially when the new hair growth comes in! Also, defined curls with your own curl type is so achievable & much simpler. ⬇️ pic.twitter.com/xp5lhaDRGx

Gina curl and $900?? The player haters have been notified pic.twitter.com/UvbZTWtTld

I wished they showed her face at the end because i know she couldn’t have been happy when she ended up looking like a great aunt at the end.

$900 just to look like pinky from Friday After Next pic.twitter.com/c3Sk2x5604

But there are two sides to a story right!

There are a few women who actually have the style paid for it and love it!

What it looked like the day I got it, if ya’ll are curious. pic.twitter.com/WZW7UvBvZt

The price is outrageous, I agree but I’m here for the style. I’ve seen it work. This actress specifically promotes it on her page, her name is Loren Shanice. I think she wears it well. Like any style, it may not work for everyone but it’s no harm in trying it. pic.twitter.com/s0F7wlqFso

What do you think about “The Gina Curl”? Comment below!