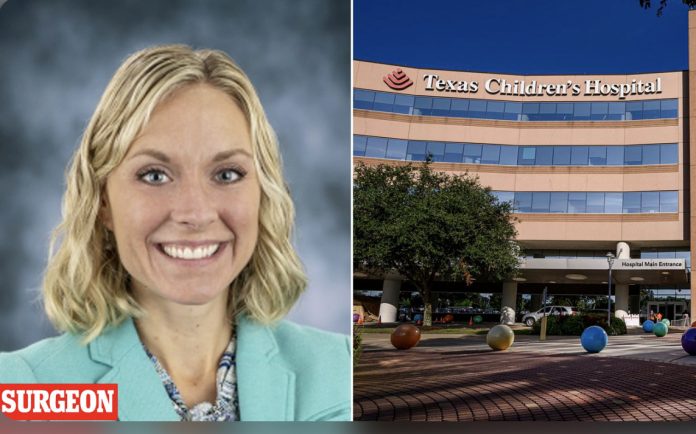 A Houston family is outraged and suing a Texas Children’s Hospital doctor after a 4 yr old was admitted for an inguinal hernia and left the hospital with a partial vasectomy.

Doctor Susan L. Jarosz is being sued for medical negligence.

Houston attorneys Randy Sorrels and Tom Omondi said in a press release that the 4-year-old had complaints of right-sided swelling in his scrotum that would worsen in the evenings.

The boy’s hernia removal was scheduled for August 4, 2021, but instead, Jarosz also cut the vas deferens, the tube that carries the sperm out of the testes.

Jarosz and the risk management staff at Texas Children’s Hospital advised the family of what happened and the possible short- and long-term consequences of this injury, including reduced fertility.

“While apologies were given, full accountability was not accepted,” Sorrels and Omondi said. “The parents now face the difficult task of explaining this to their son at the appropriate age.”

A spokesperson with the Texas Children’s Hospital released the following statement:

“Texas Children’s Hospital’s top priority is the health and well-being of our patients. Due to patient privacy requirements, we are unable to comment.”

The parents, who have requested to remain anonymous out of fear their son may be bullied in the future, are now suing Jarosz, an assistant professor at Baylor College of Medicine, as well as Texas Children’s Hospital for $500,000 in damages – the most a party can receive in Texas for such an incident, according to FOX News.

They claim Jarosz, whom hospital officials say is not employed by the facility, was negligent by ‘failing to properly position and separate the hernia sac from the vas deferens before removing it surgically.’

In addition, lawyers claim she ‘breached the standard of care by failing to exercise ordinary care while performing hernia repair surgery on the little boy.’

According to The Daily Mail:

The lawsuit alleges that Jarosz was negligent when performing the surgery on the boy, who is now five years old.

‘The theory of the case is that before you cut anatomy, you should know the anatomy of what you’re cutting,’ Sorrells told DailyMail.com.

In hernia surgery, a doctor makes an incision to open up the skin, then they will gently push the hernia back in place, tie it off or remove it.

They would then close the weak area of muscle with stitches, according to WebMD.

But in R.B.’s case, Sorrell claimed to FOX News, Jarosz failed to properly identify what she was cutting.

He said such a mistake is ‘rare.’

‘I’ve seen this mistake happen in different cases, but never a surgeon who cuts the vas deferens of a four-year-old,’ Sorrells said.

‘That’s very rare, but it’s pretty simple. You properly identify the anatomy before you cut it.’

Sorrells also said the child’s parents were shocked to learn what had happened to their son, and are concerned about the long-term effects on the boy and any future sexual partners he may have.

‘I don’t think it’ll be an impossibility to have children, but it could make it more difficult.’

In fact, the lawsuit contends that the boy will ‘more than likely contend with fertility issues later in life,’ and will have to face ‘future medical expenses, future pain, mental anguish, future disfigurement, physical impairment and future expenses for fertility treatments.’

‘The emotional and psychological effects of living with the knowledge is unfathomable,’ the lawsuit states.

‘R.B once he’s old enough to know what happened and can process and accept it for himself, will be required to have this conversation with any serious partners.

‘There is a possibility that he may have to utilize assisted reproductive services to conceive,’ it continues, noting: ‘These are all considerations that the typical 4-year-old does not have.’