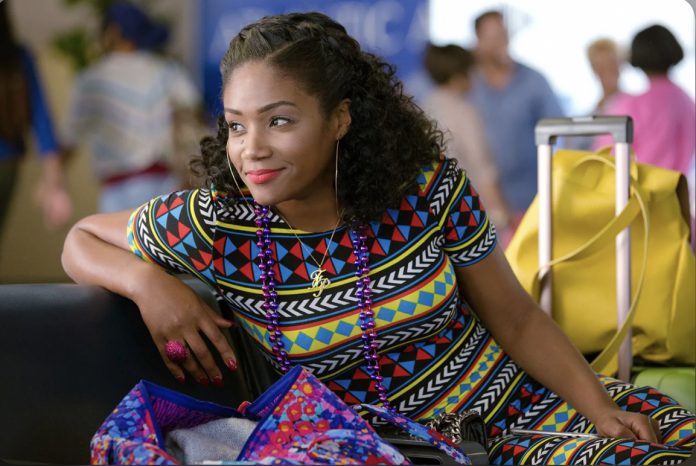 Tiffany Haddish shared that her time in foster care wasn’t great at all.

During a Variety Changemakers Summit interview on Tuesday (June 14), the outspoken talent shared that there was once a time she didn’t know if she would live to accomplish all that she has.

“When I was in foster care, I mean, I thought I was going to die there,” Haddish said.

The Girl’s Trip actress entered the foster care system at a young age after a brain injury from a car accident left her mother struggling with mental illness.

“I remember being that foster kid and being like, ‘Man, I’m probably going to be in jail in two years,’” the South Central Los Angeles native said.

And I did think bigger, and I’m definitely where I thought I would be.

Well, it’s bigger than what I thought, but I feel the way that I was hoping I would feel and that’s secure in my ability to provide for me.”

Haddish shared that the experience positively shaped her because she met people with many different backgrounds and saw how families ran their households.

She joked that she also learned to pack up and move quickly if needed.

Since her time as a foster kid, the actress has starred in films alongside big names such as Queen Latifah, Salma Hayek, Nicolas Cage and more.

As Haddish, a Black woman who grew up in foster care, sat with two little Black girls while taping an episode of the CBS series, “Kids Say the Darndest Things,” a producer shared the amazing news.

“Yes, I learned that in Black History Month,” one of the girls responded.

The actress shared a clip of the tearful celebration to Twitter.

How I found out I won a Grammy while working on @KidsSayDarndest I am so Honored to share with the kids. Full situation is on my YouTube page. pic.twitter.com/pYzmt4nIgo