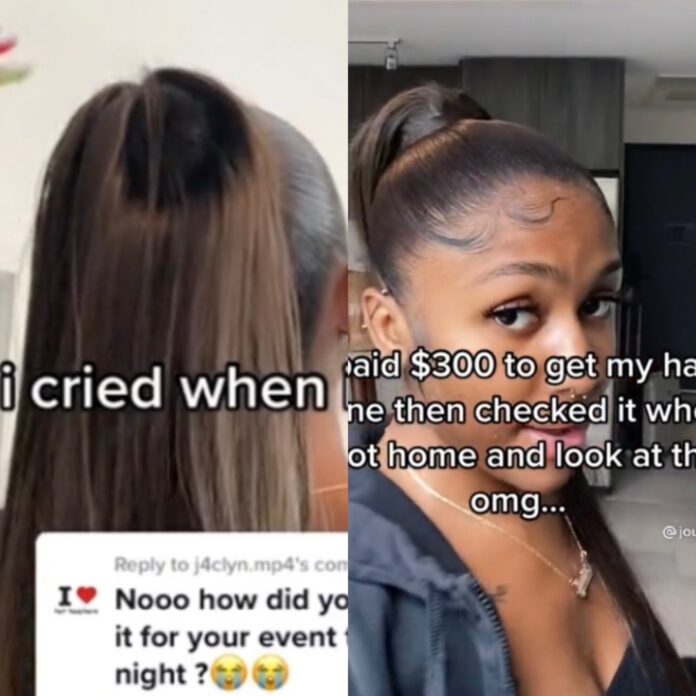 Every now and again someone will share the cost of a hairstyle and our reaction is always a major side-eye!

Journey Montana the actress from All American shared a botched ponytail she received from a stylist.

In the caption of the video, she said shared her new ponytail with her followers saying she paid $300 for it plus tips.

2. Why would you not check the style at the salon before you left.

In the video that now has well over 1million views, you can clearly see that the ponytail was pretty thin, with most of Journey’s bun exposed.

When she was asked why she would even consider paying that much for the ponytail she said she was canceled on 3 times and she had an event to attend that same night. 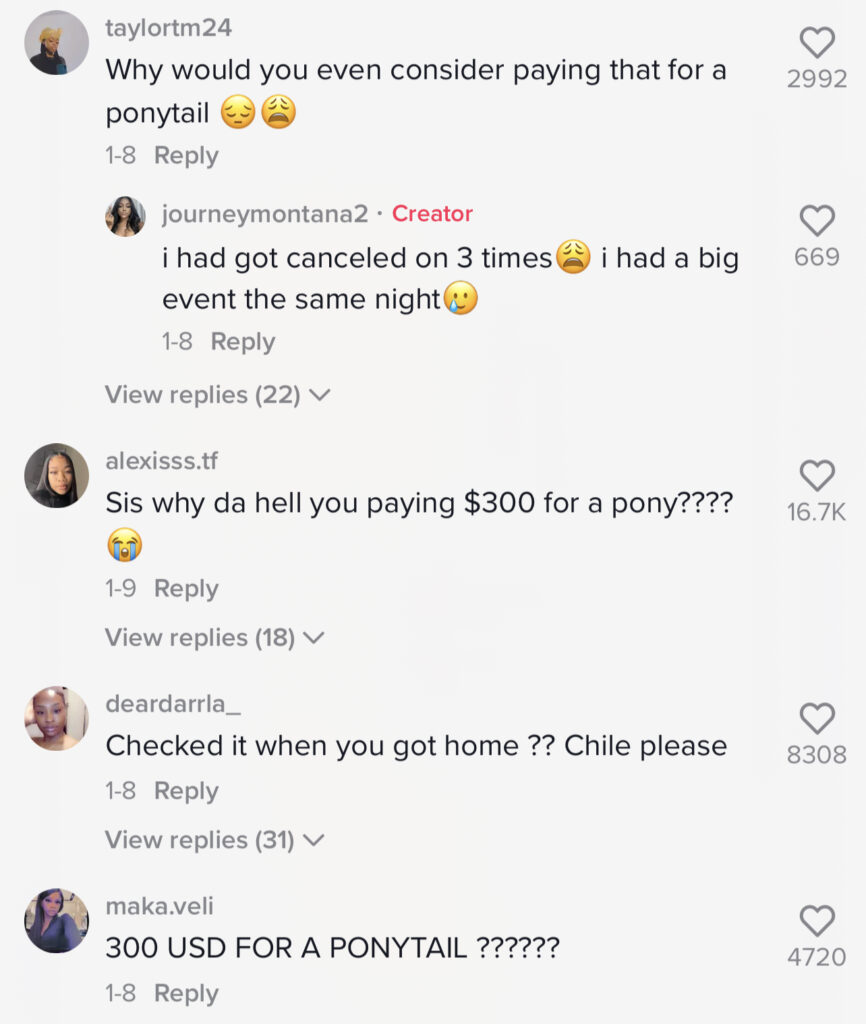 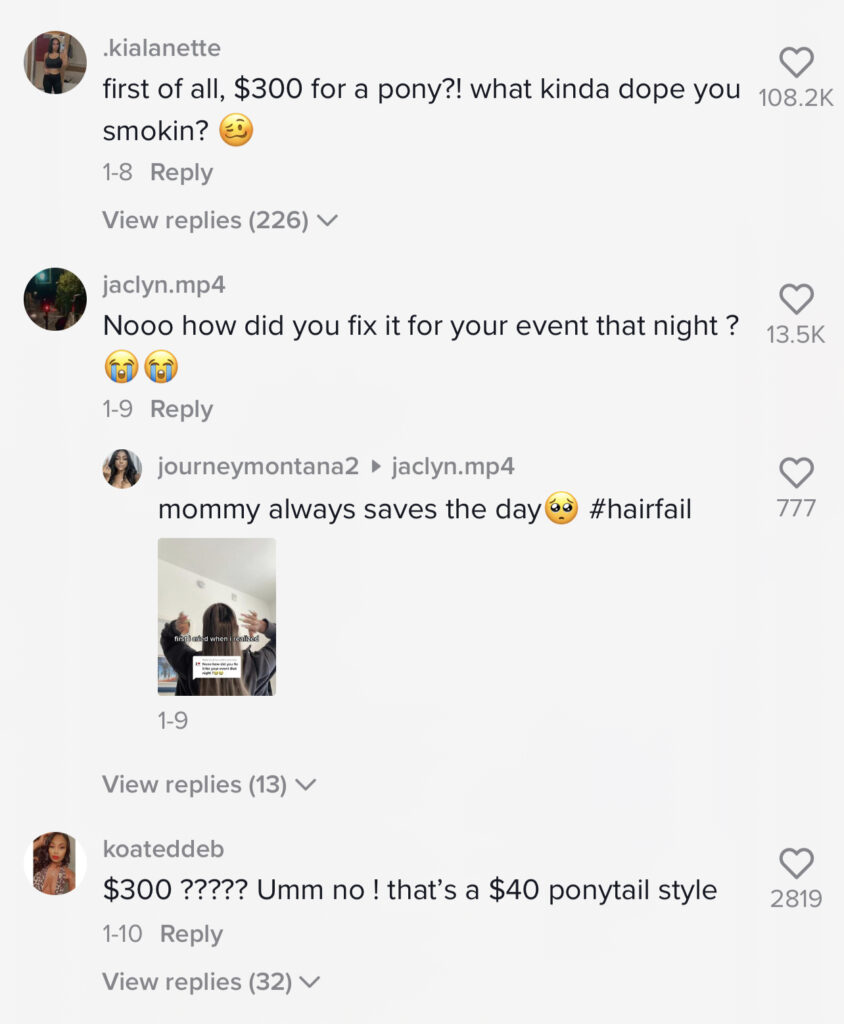 Journey’s mom saved the day, by creating a bubble ponytail from the botched style. 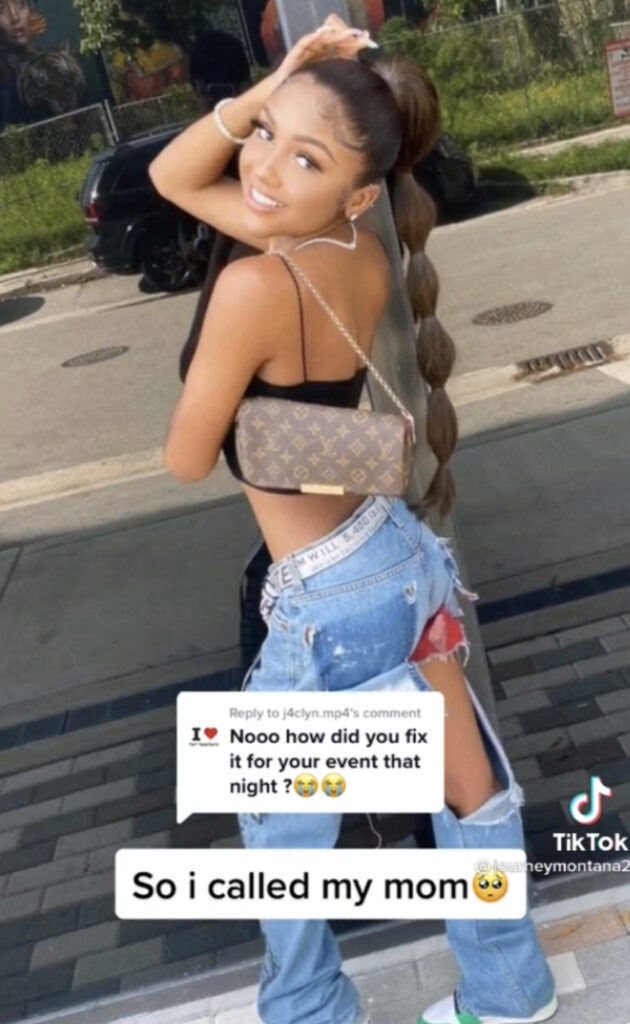 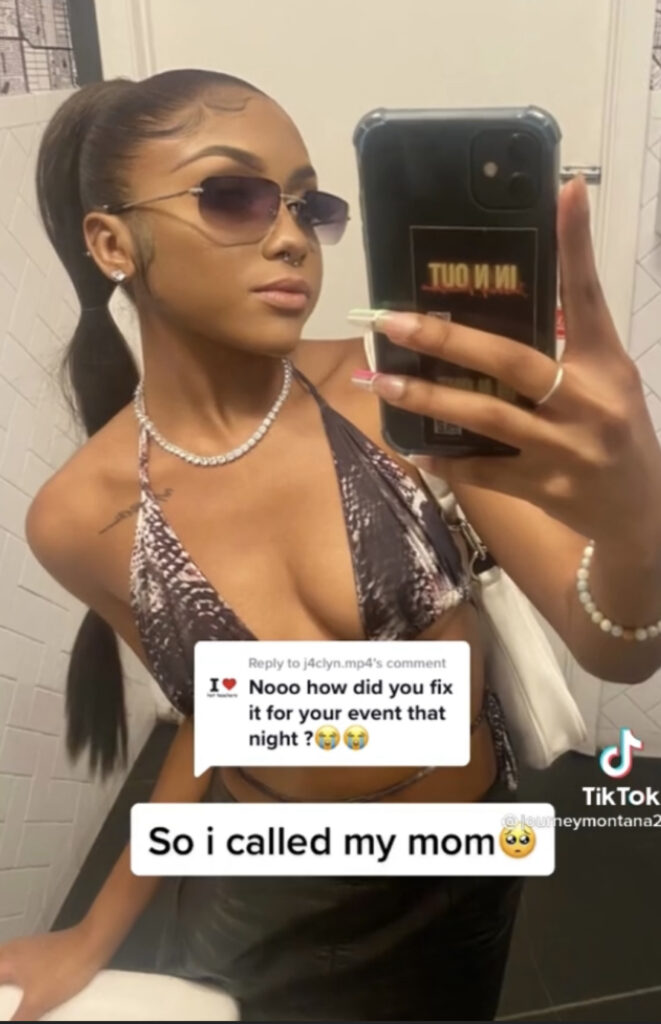 We shared the video to our Instagram and so far many of you agree with the comments on TikTok.

Some of you saying the entire thing is a lie, and most of you question the cost.

At this point we have seen so many of these odd scenarios, we don’t even know what to believe.