by Emily Cottontop
in Protective Styles
0

Chile I ain’t been to a club in forever, but let’s get into this anyway! Braids are always a hot topic and a source of major debate for formal occasions like weddings. (remember this post?)

But we never knew that ‘not wearing braids to the club’ was a debatable thing.

Tiktoker Tyliyah, posted a short clip of herself with the caption “when my friends invite me out to the club knowing I have braids”.

Clarifying with a sound that said “But you should have known it, I wasn’t going”

Is this a thing? pic.twitter.com/GVpmuVjhQp

1500 plus comments later, it is safe to say many of the girlies on Tiktok and Twitter did not agree, some going as far as saying her opinion is ‘anti black’.

In the comments Tyliya said, she didn’t think she looks her best with braids in the club and in a later video said that it isn’t that serious.

I didn’t say you can’t, i personally don’t think I look my best with braids ina club

A few commenters agreed with her, one person saying braids make her look like she is in high school.

girl i feel ya!! i don’t like going out out with braids at all 😭😭😭. catch me when i gotta wig on

One Twitter user suggested that maybe you are treated ‘differently’ when you wear braids out.

But is it them or is it the clubs.. I mean I’ve never seen it for myself but I’m sure you can get treated different, it’s like how girls get wigs for their interview and wear natural hair when they get the job

Here are a few more opinions : 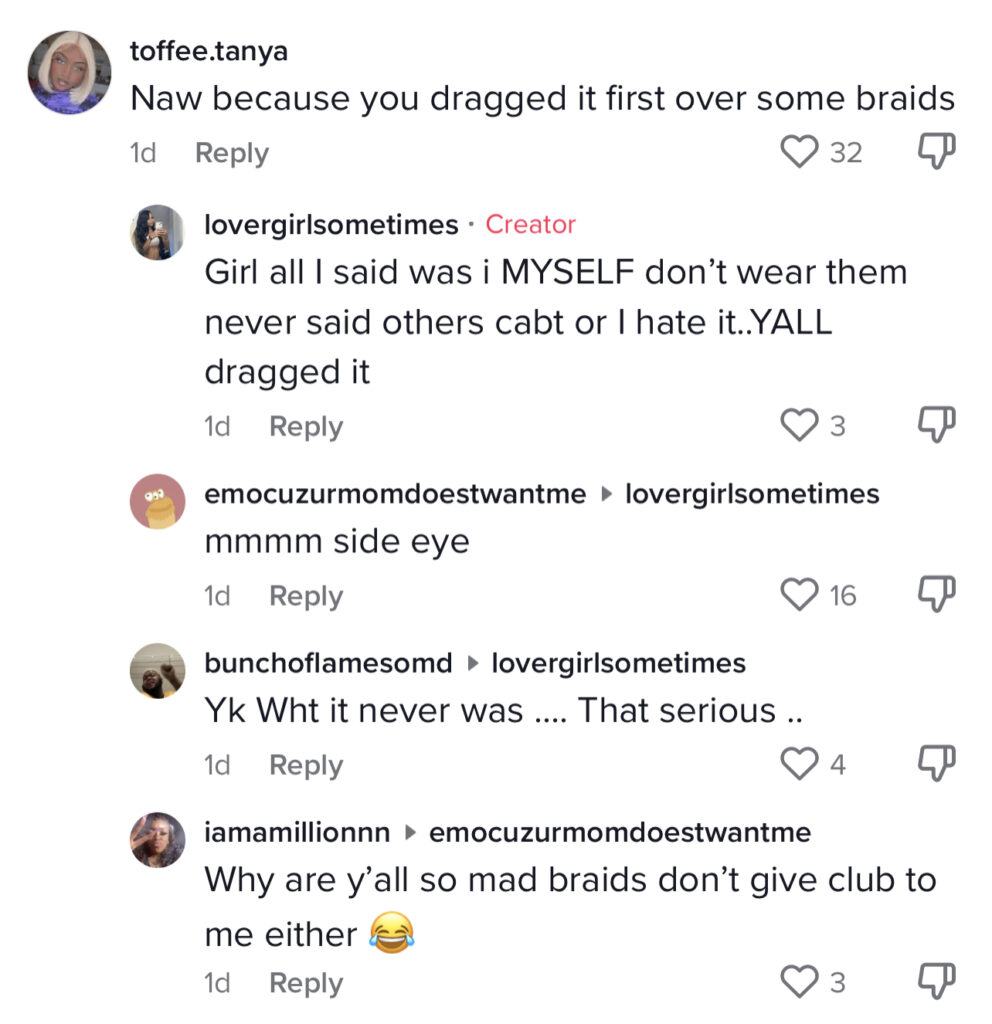 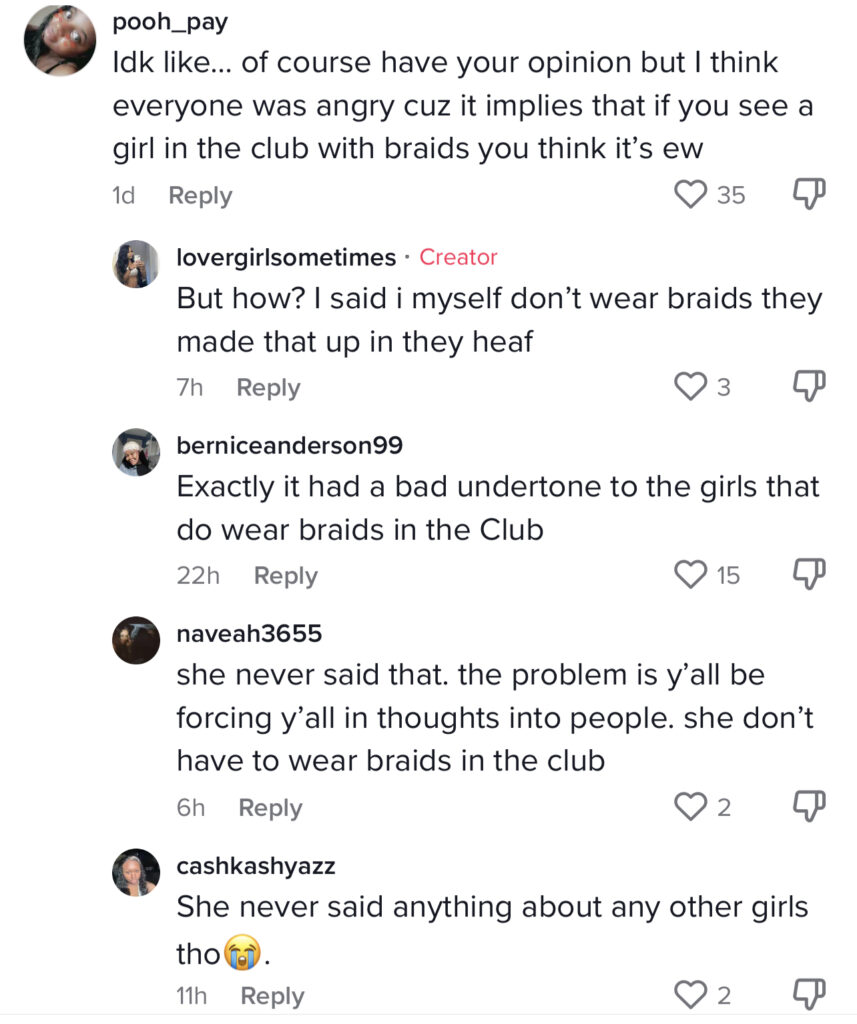 Now women on Twitter are sharing photos of themselves at the club wearing braids, in an effort to prove that braids do look great at the club.

To be clear sis shared a personal preference, which, in our book is perfectly ok.

With that said, the women who disagree are well in their right to express that, not to mention we are loving the videos!

me at the club with my braids, eating. pic.twitter.com/76c87c5pXU

To each their own but imma wear braids to the club 🥰 pic.twitter.com/p9zlibdHxn

me @ the club in my braids pic.twitter.com/wmzzif2FmT

Thats crazy cause the braids gon eat em up every time pic.twitter.com/Tgc9FyZChB

I used to be in the club booking tables and wearing my braids, they’re being childish fr lol pic.twitter.com/gUAfcfOtqe

Me in the club bathroom with my Senegalese twist. If your not confident regardless of what hairstyle you have just say that 😭😅🖤 pic.twitter.com/WwX2vAU9Z6

Please tell them to get a grip lol pic.twitter.com/ZOhYO2pp0s

Do you wear braids to the club?

MC Lyte Will Keep Her Music Catalog In Divorce Settlement

Family Matters Star Darius McCrary Files For Restraining Order Against His Ex, Who He Claims Has Been “Terrorizing Him” And Fears He’ll “End Up Like Phil Hartman”

Family Matters Star Darius McCrary Files For Restraining Order Against His Ex, Who He Claims Has Been “Terrorizing Him” And Fears He’ll “End Up Like Phil Hartman”