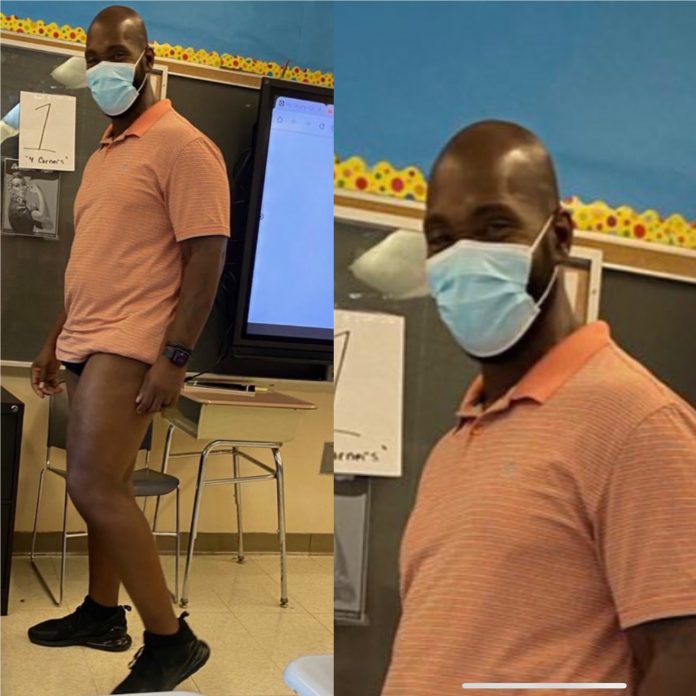 Twitter is reacting to a teacher who shared a photo of himself in his classroom in what he calls “pom pom’ shorts.

In his bio, J Michael Steel claims to be the Director of CUNY Early College at K16 Initiatives in NYC. (His account is now private)

When it’s hot inside and outside. It’s Pom Pom shorts time. No kids were present for this blackmail photo. 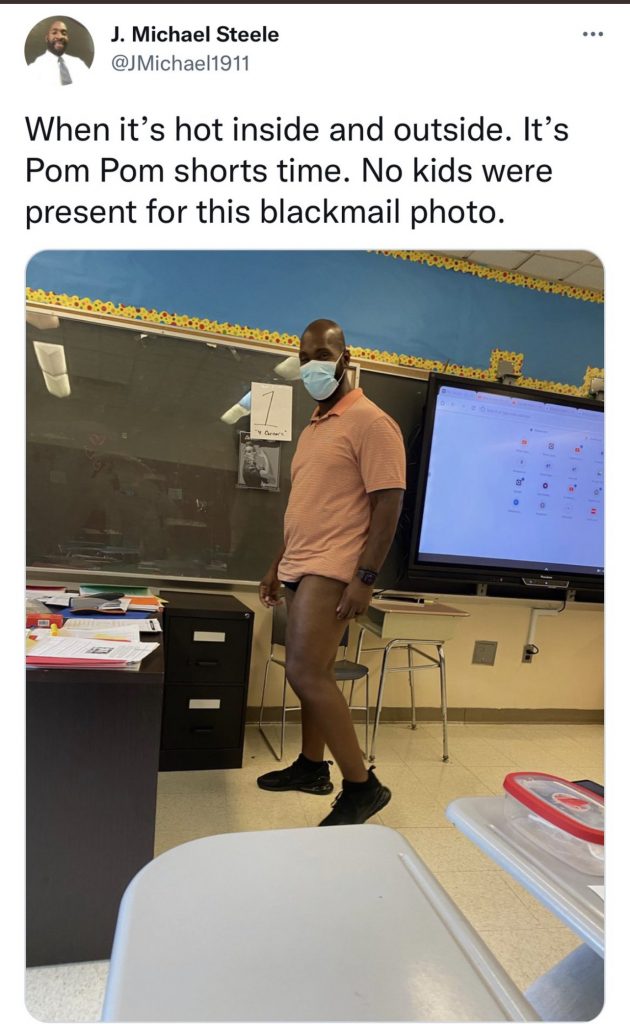 People are asking him to remove the tweet because it is inappropriate and overall something he could lose his job for.

Many made the point that even if children were not present…. the classroom is a sacred and safe place… begging the question….how is this ok?

It’s over for ya buddy pic.twitter.com/Z9SsLRWj37

I think you should delete this. pic.twitter.com/ECIIToJyCo

i- at the school house ?! pic.twitter.com/ngok7V2nsC

He did this to get fired. pic.twitter.com/B4yNgcljwP

It’s not too late to delete this so you have a job Monday morning pic.twitter.com/wAbuXAGCjq

Screenshooting this before he deletes the picture. No way a pervert like this should be working with children @CUNY pic.twitter.com/tHHc6sH5m6

It’s very creepy behavior and I wouldn’t want any child put in the path of this creep. A CLASSROOM!!!!
His Boss BTW pic.twitter.com/jaeaF9vi9Z

At the schoolhouse tho? Go put some pants on big dawg pic.twitter.com/tTRvywlpqv

at the school house? pic.twitter.com/CvcAY4tUF5

My brotha please don’t hurt yourself and your career. I’m pretty sure you worked hard to get to where you are and making a decision like this could throw all that hard work away. Please remove this photo and hopefully no one outside your school saw this besides us.

Sir what was the reason?!