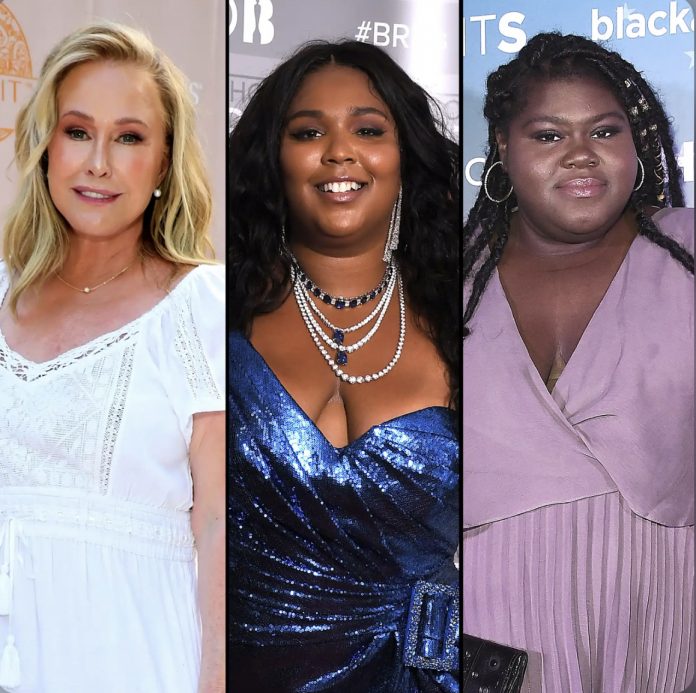 Kathy Hilton sent waves through social media when a clip of her playing a game on Andy Cohen’s Watch What Happens Live Went viral.

The 63 old Real Housewives of Beverly Hills star was playing a game called Will! Kathy! Know Them!?, with Andy and Crystal Kung Minkoff, and she was shown an image of Lizzo.

When asked if she knew the 34-year-old Grammy winner’s name, she replied: ‘I feel like I do…Precious?’

Watch the moment below:

Here’s the thing, you do not have to know the name of every celebrity and we get that this was a game but we think it was the air of gross disrespect that rubbed people the wrong way after watching this clip.

Not to mention according to The Daily Mail the answer prompted Cohen, 54, and costar, 38, to burst into laughter despite many social media users believing the flub had racist undertones.

In an attempt to make the moment less awkward, Minkoff turned to her pal and said: ‘She is precious though, Lizzo is precious.’

‘That’s what I call her,’ Kathy, who was also unable to identify Justin Timberlake or Dwayne Johnson, added. ‘Her nickname is Precious to me.’

Hilton was seemingly referring to Gabourey Sidibe’s starring role in the 2009 drama, Precious, which earned her a Golden Globe and Academy Award nomination.

‘It doesn’t matter if she didn’t know who she was nor if her intention was “harmless”, calling a plus-size Black woman “Precious” is an insult. She still decided to comment on her weight [eye roll emoji],’ one viewer fired.

Another tweeted: ‘If Kathy Hilton thought Lizzo was Precious (a fictional character from a movie which was adapted from a book by the same name) then she’s either: 1. A liar. 2. A lying idiot 3. Racist. 4. A lying, racist, idiot.’

If Kathy Hilton thought Lizzo was Precious (a fictional character from a movie which was adapted from a book by the same name) then she's either:
1. A liar.
2. A lying idiot
3. Racist.
4. A lying, racist, idiot.

Kathy Hilton referring to Lizzo as “precious” has so many racist undertones to it. I get she’s ditzy and it’s funny at times but this was just rude & disrespectful. I can kind of see why Lisa Rinna was going so hard now.. #WWHL