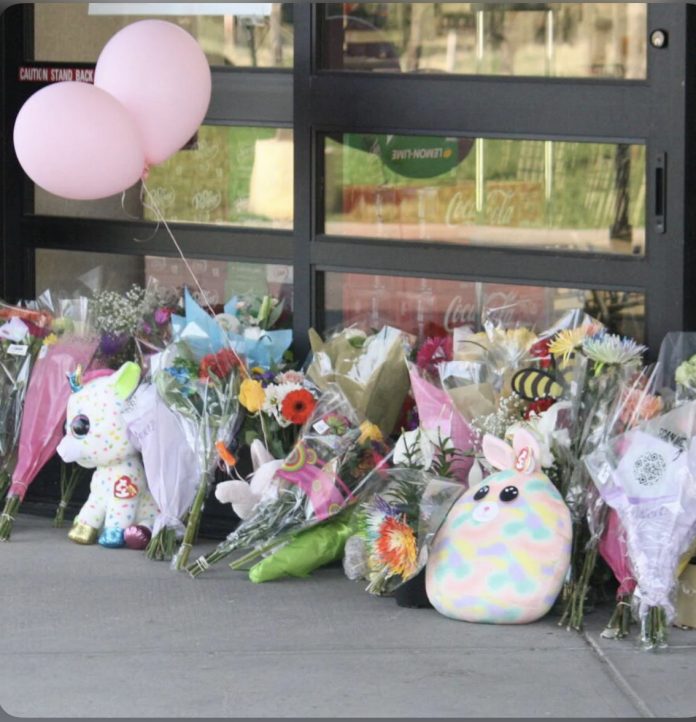 Sadly a teenager has lost her life because a 28 yr old Colorado man allegedly killed her after she rejected his romantic advances.

According to The NY Post, she rebuffed his advances and complained to her managers that the creep made her uncomfortable, according to a report.

Joshua Johnson, 28, was charged with first-degree murder in the death of 17-year-old Riley Whitelaw on Saturday, KKTV reported, citing the arrest affidavit.

A store manager found Whitelaw’s body in the bloodied break room of the store on Centennial Boulevard in Colorado Springs shortly before 7 p.m.

Whitelaw “had suffered significant trauma to her neck area,” according to the document. “There was a large amount of blood on the floor around the head of the victim.”

Police found her ID badge and a radio earpiece near her feet, officials said.

On the day of the killing, Johnson was caught on surveillance video stacking bins in front of the camera to block its view and taping paper over windows, the affidavit states.

Another manager said that while they were looking for Whitelaw, she checked outside by a dumpster and smelled a “strong odor of bleach” according to the affidavit.

“She attempted to open the door and heard a male voice saying he was changing,” the document says.

Johnson was later stopped by state troopers as he walked along Interstate 25, where he was found with scratches on his face and hands, officials said.

He told troopers he had been attacked at the Walgreens in Colorado Springs, Sgt. Troy Kessler of the Colorado State Patrol told KKTV. In an interview with investigators, he said he “fell in the blood” and went home to change.

Johnson later “admitted at one time he had a crush on Riley.

He stated he no longer had a crush on her because he was intimate” with one of the managers, who did not mention a relationship with him during an interview with police.

One of the managers reportedly said Whitelaw had recently requested a different schedule to avoid working with Johnson — and another manager told investigators that Johnson showed signs of jealousy when the teen’s boyfriend started working at the store.

A year ago, 16 year old Riley Whitelaw told Walgreens store managers that her coworker, Joshua Johnson, was making advances & she was uncomfortable. A year later, she was dead, murdered by Johnson in the store break room. https://t.co/DmahzDxw4l

Manager Justin Zunino of Colorado Springs has Riley Whitelaw's blood on his hands. Justin is a disgusting person and an abuser enabler who did nothing when Riley came to him for help. @Walgreens on Centennial Blvd in Colo Spgs 719-264-1400 needs to fire him immediately.

A 17-yo girl is brutally murdered at work by a coworker she repeatedly complained about. @Walgreens managers didn't take her safety seriously enough & forced her to choose between her livelihood and her life.

Can we amplify this? I demand accountability.https://t.co/7gZhA4Beu4