Was She Wrong? Woman Claims Her Stylist Blocked Her After She Confronted Her About Editing Her Face Before Posting On Social Media

by Emily Cottontop
in Hairstyles, Stylists
2

A woman on Facebook shared that her stylist blocked her after she confronted her about editing her pictures before posting them on her business page.

According to the stylist, she has a certain aesthetic she likes on her social media so after getting consent to take the pictures she has the right to edit as she sees fit.

Jessica Long posted her picture and the edited version as well as the text conversation she had with the stylist.

She said:
How u gon block me cuz u changed my entire face nd ion like it 😂u ain’t even tell me idc what look u need for ur page u could’ve told me or sum AZ| Hairstylist, MUA’s, Artist, Esthetician’s, & Entrepreneurs 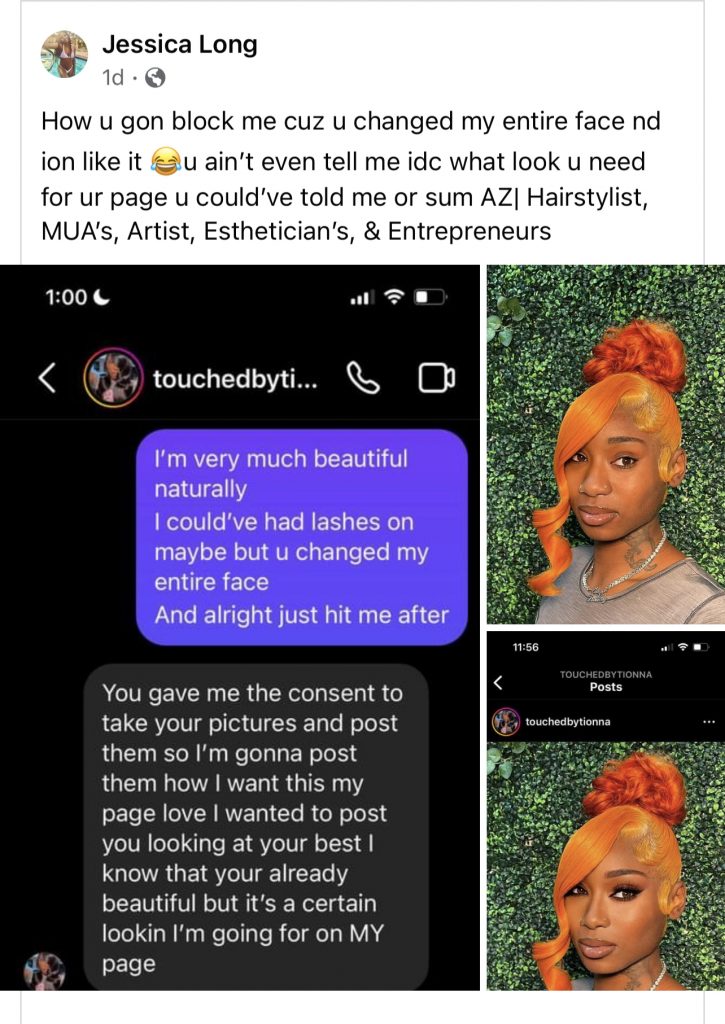 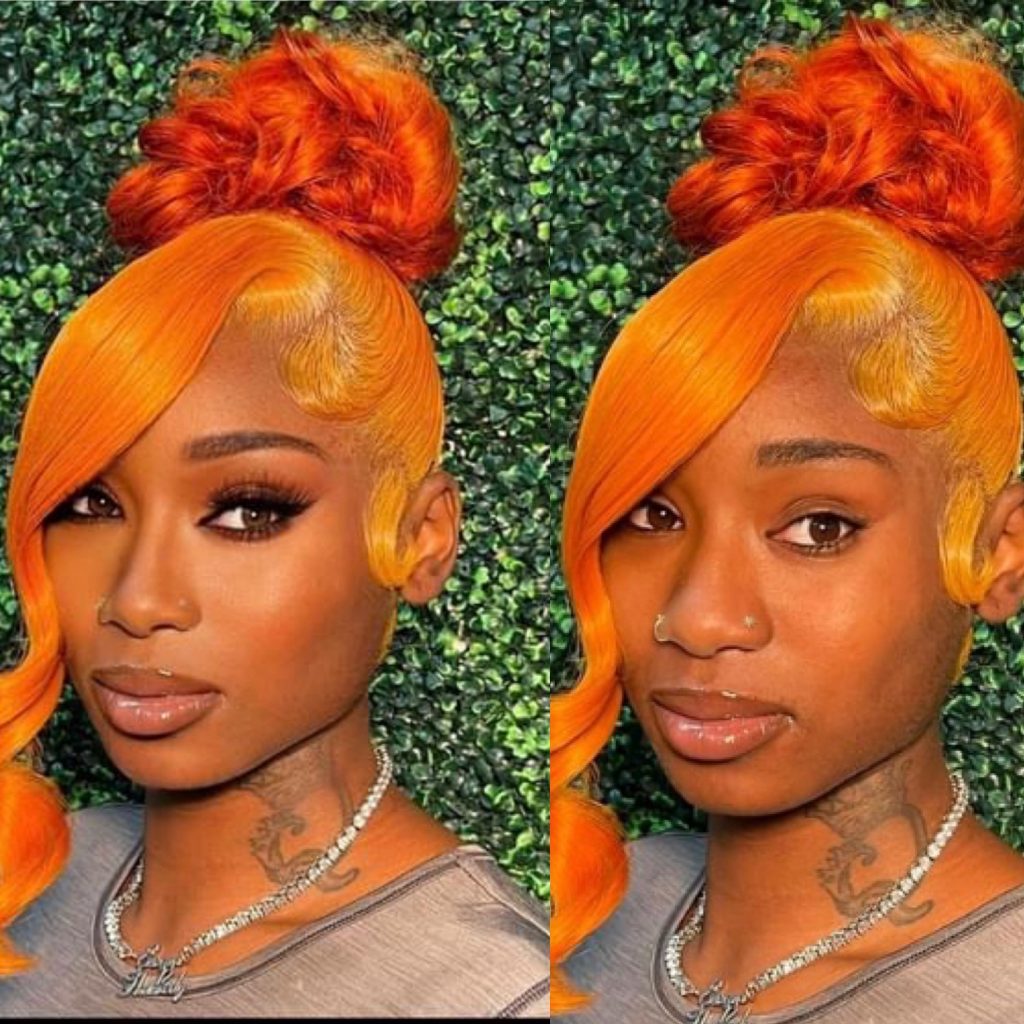 In another post, Jessica said:
I asked before I left my appointment if we got good pictures she said YES! I said ok send me to me she said ok in like a hour she never sent them then I txt her and asked for the picture she never replied the next day I wake up and see my picture photoshopped on her page I asked her why she didn’t ask me and that I didn’t like it.

she responded and said it’s her page she posts whatever she wants Nd the originals were just too “plain” then told me I don’t have to book with her bcuz the likes we’re going up and she not taking it down!!

I felt disrespected IDGAF💯 how would u feel wtf we took pictures for like 15 minutes after she finished my hair I put on lip liner and lipgloss cuz I didn’t come for a photoshoot but ok since she needs pictures I’ll do my best but she never said she was gonna photoshop my picture and if u look on her page no one else has that heavy ass filter!!!

Jessica contd:
I’m not crazy and I wasn’t even trynna make it a big deal but she tried to play me and send a bad photo acting like they’re as all bad photos and I said I didn’t like them and she said she not taking it down!!

All I’m saying is you could’ve asked me or tried to get a client cam or something but don’t just post me like that and I don’t even wear heavy makeup!

If I’m not pretty enough for your page don’t post me! udk how that made me feel and I tried to even be understanding like ok that first one wasn’t cute but they all wasn’t bad, wtf I’m the only girl on that page with that heavy ass filter …

Social media users have mixed feelings on the entire situation.

One user said:
I never thought we’d live in a society where somebody is clowned for wanting to be seen naturally. She is beautiful and I understand her point. Don’t do my hair and then photoshop my whole face, tf! 😂

and another: If you know you want a certain look for your page, why not ask the person to get their makeup done ahead of time?

and another: Y’all don’t know how that made this girl feel to go on the girl page & see she is the ONLY ONE with a makeup filter when it’s plenty of barefaced women on her page … like ??? When she’s gorgeous af that’s basically saying the girl is UGLY or some sort when she isn’t

and another: Put it in your terms of service that you want the clients face beat or do it yourself since it’s so important to you. Give the client the chance to refuse a pic if they don’t want to be photoshopped. The problem is that isn’t her natural aesthetic and who says she wants her makeup done in that style. Just unprofessional.

More clips from their conversation: 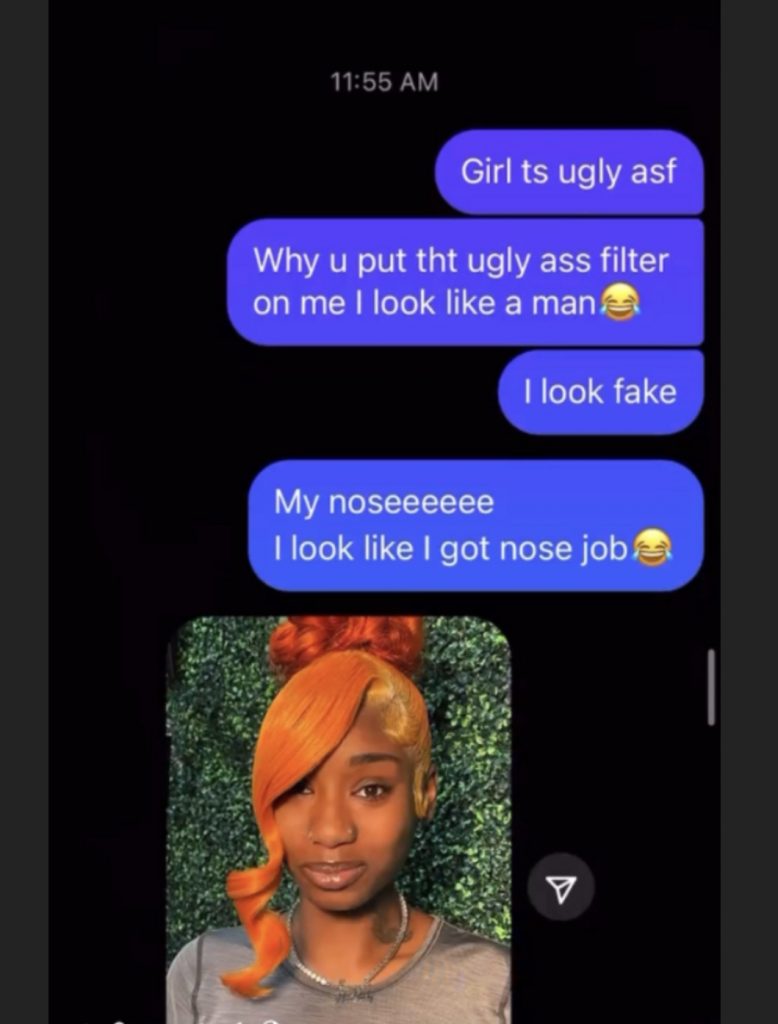 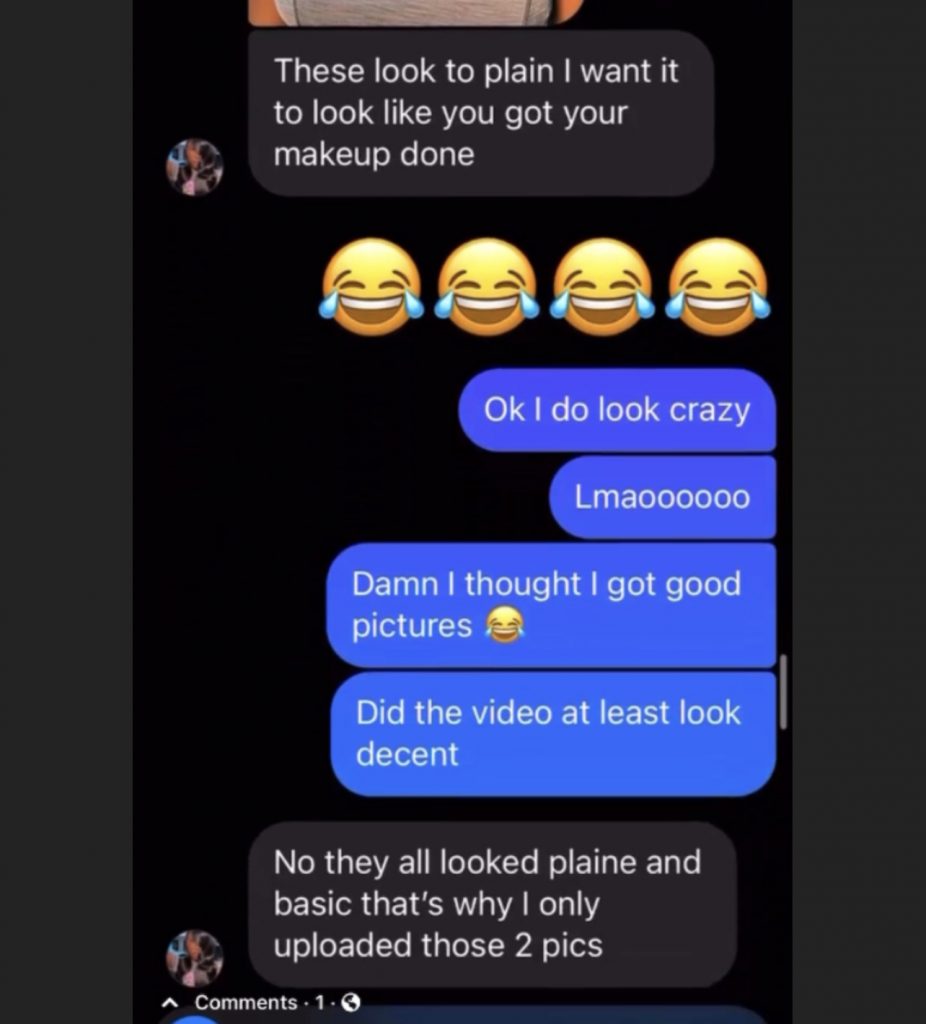 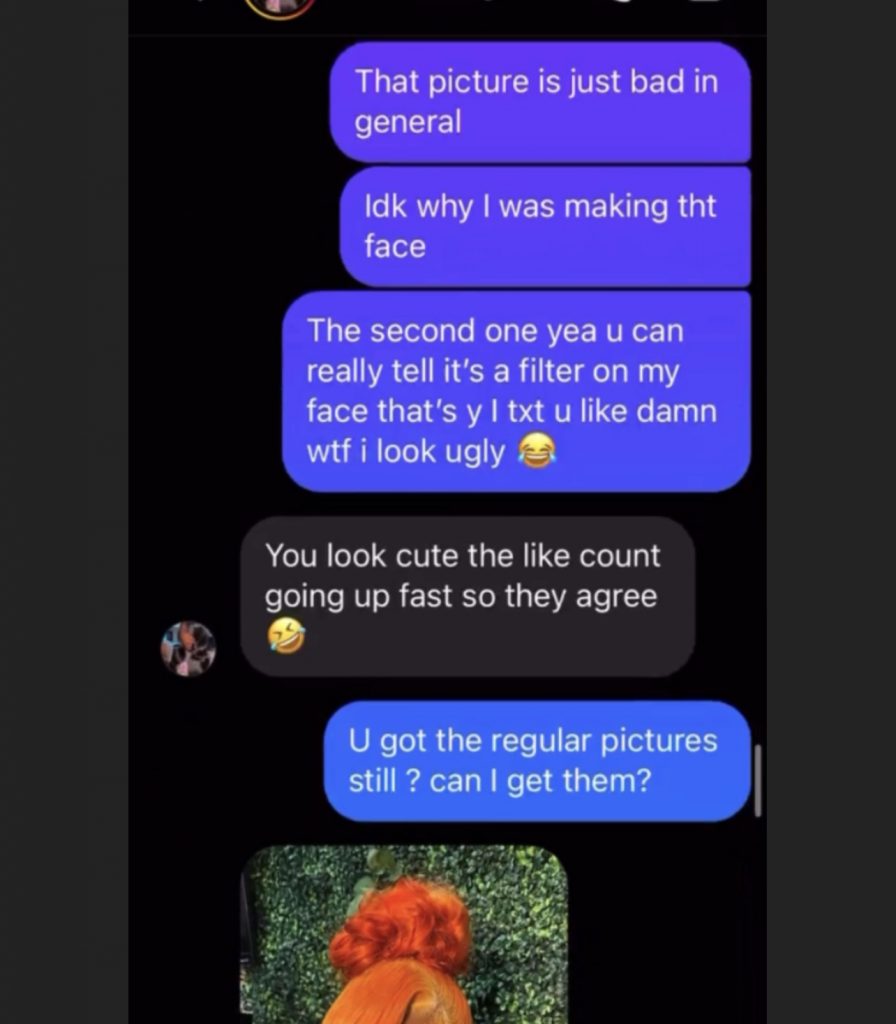 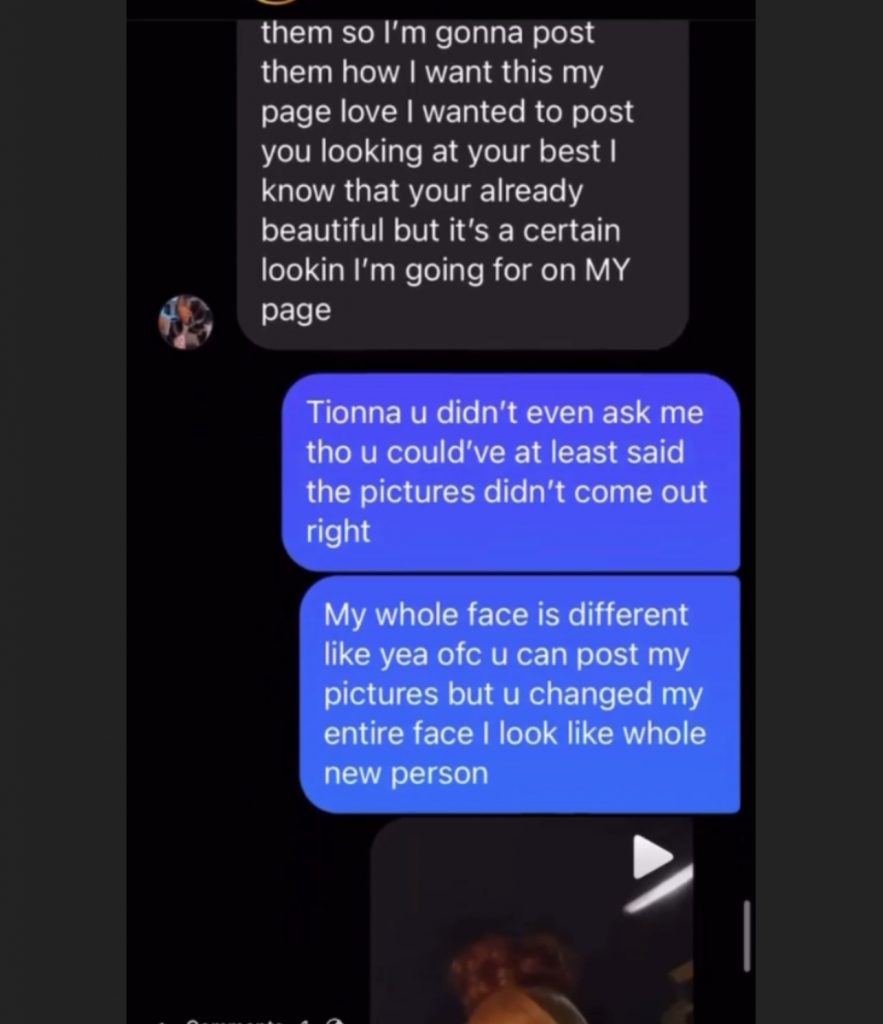 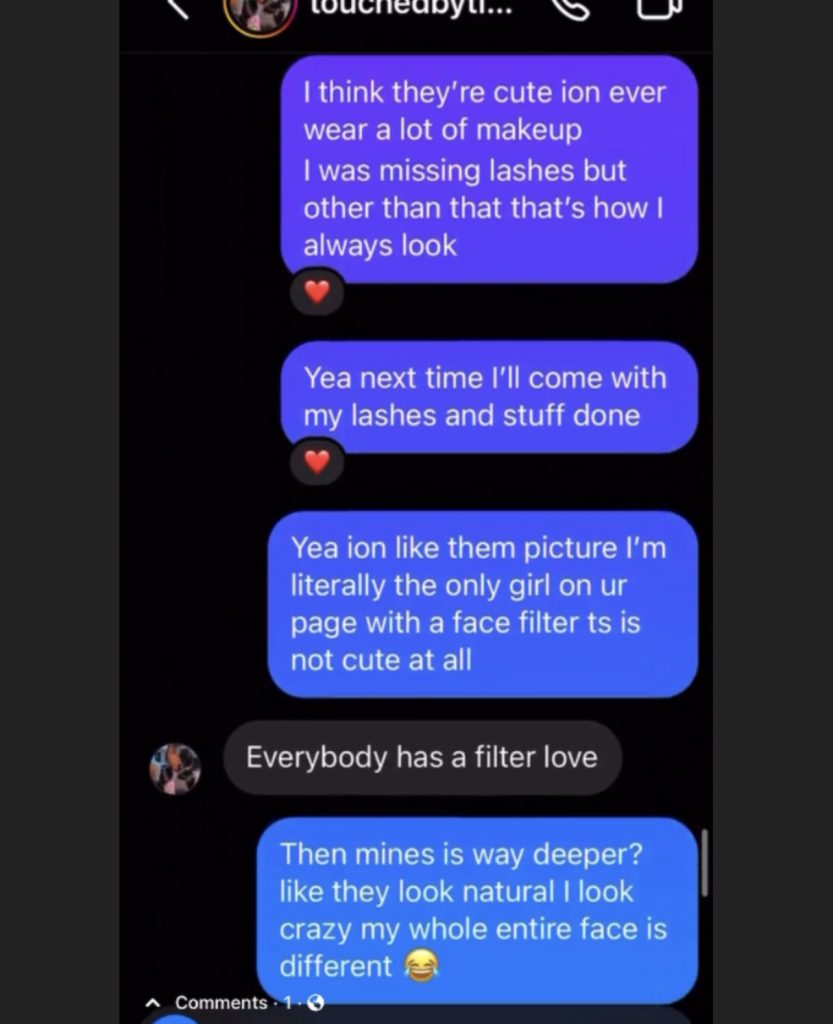 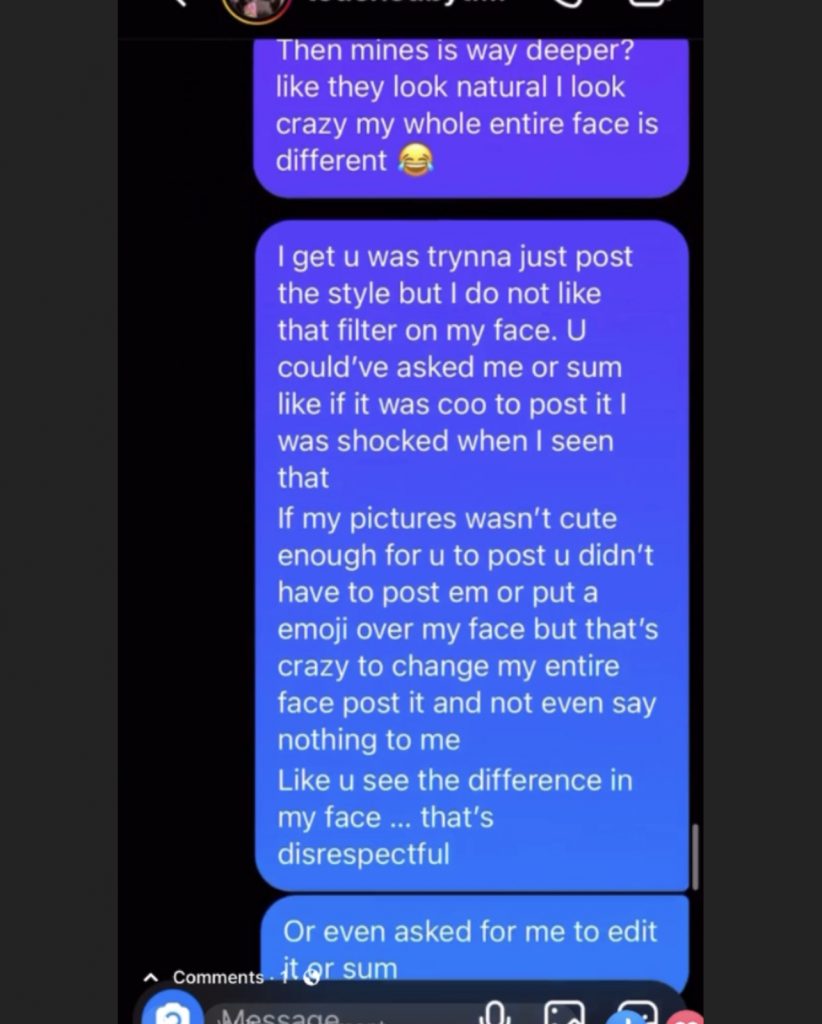 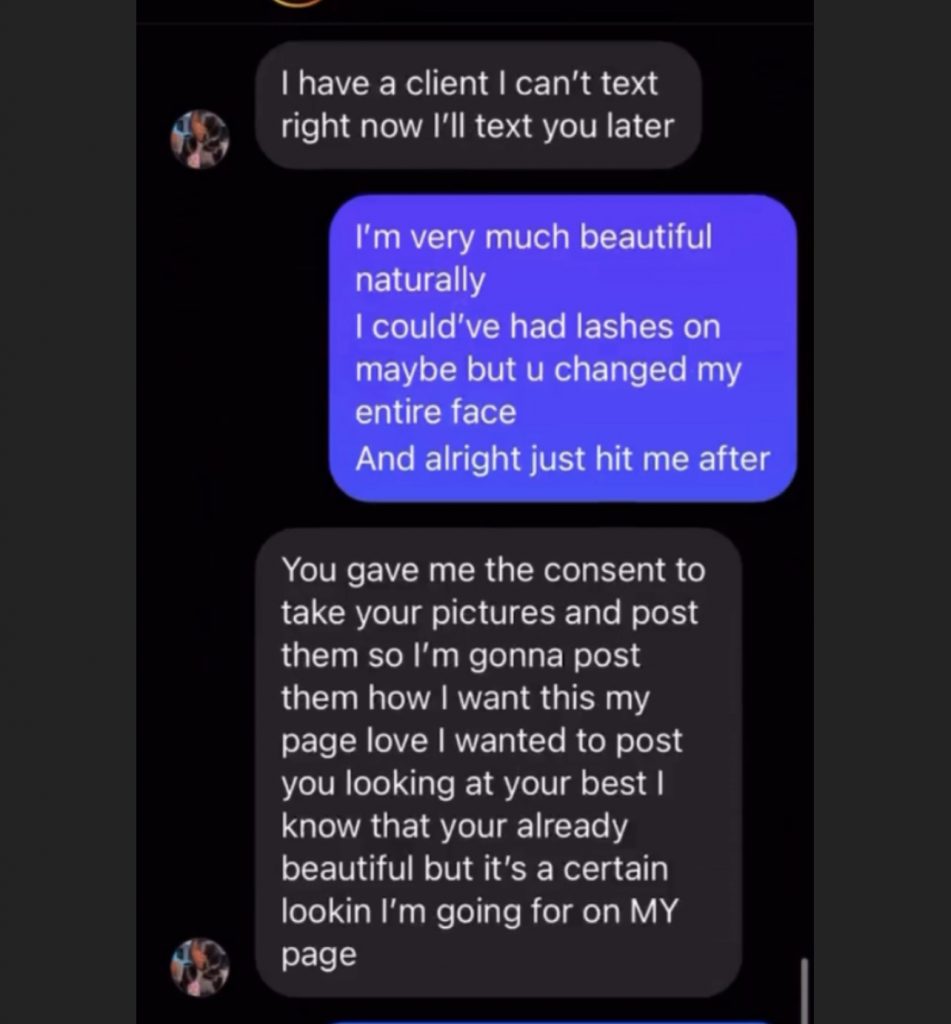 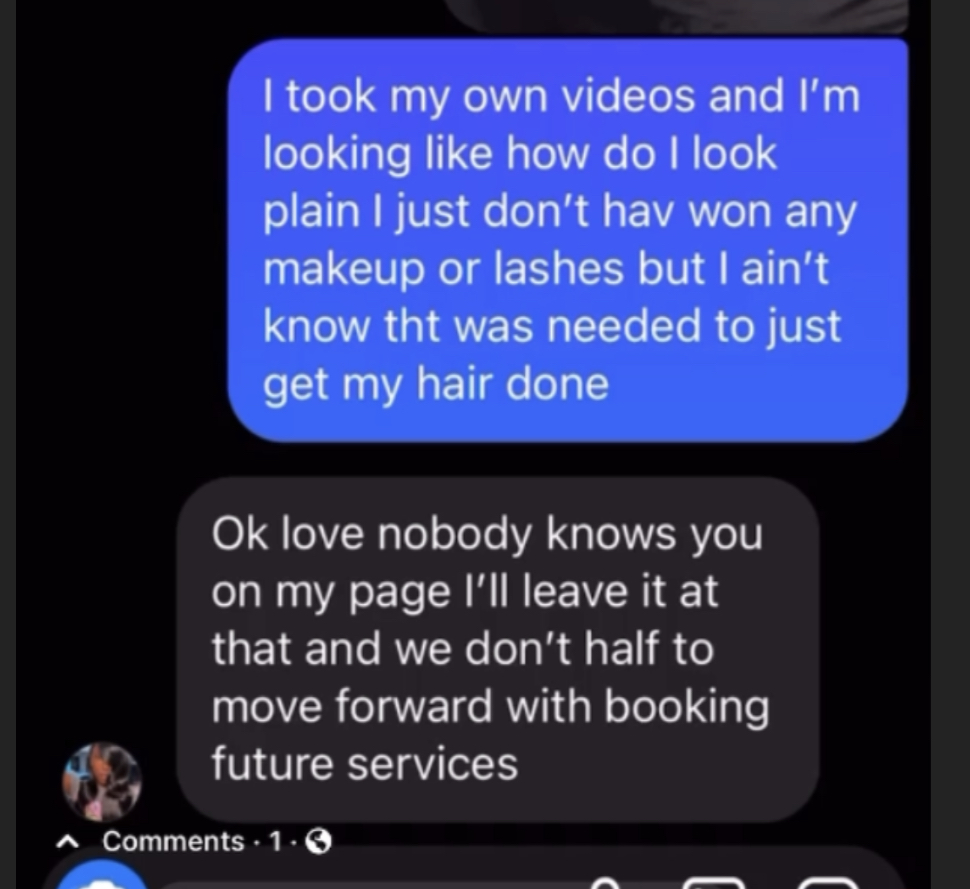 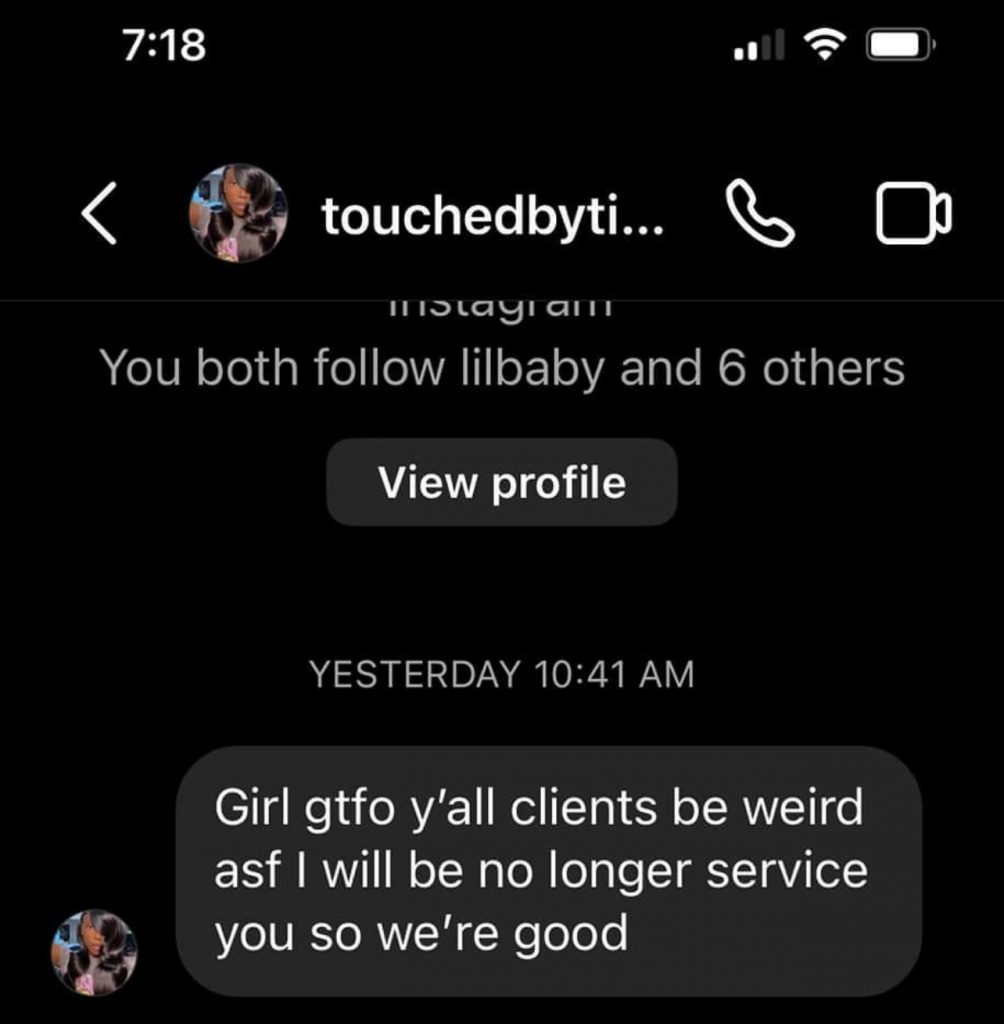 What do you think? Was the stylist wrong? Or does the client have a point? Comment below!