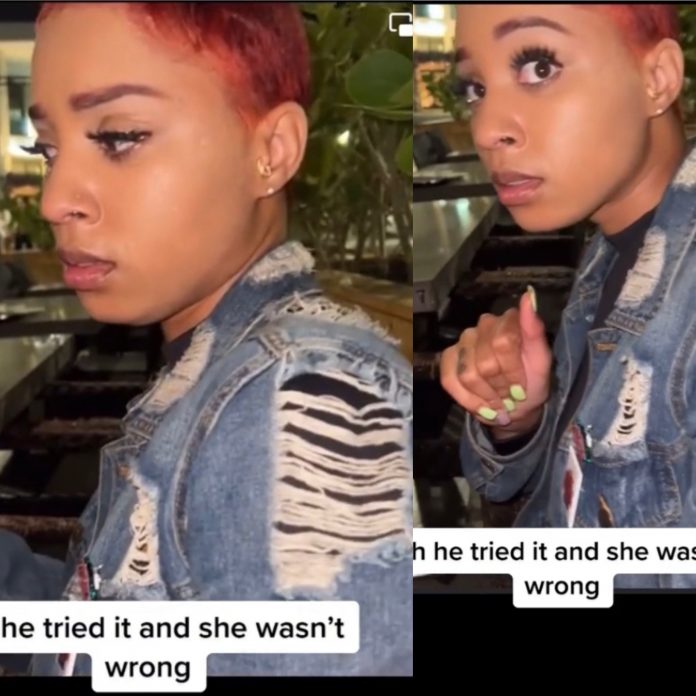 Imagine, going on a date with a guy, everything is going well until he makes it clear he expects you to accompany him to his room, or home because he paid for the meal.

We hear these stories all the time, but to actually see it play out on camera is cringe-worthy, to say the least.

This video was on TikTok and though we aren’t sure who recorded it, it garnered over 5000 comments and has been viewed over 100K views.

The woman in the video says when she agreed to the date it was more of a ‘vibe’ thing for her, but ole boy thought he was entitled to way more than that.

He truly tried it! Some of the women who commented on the video made the point that she was right in her stance but stayed way too long at the table arguing with him.

She’s not wrong, he literally wanted a woman to trade her body for food. He’s cancelled 😞

She wrong for sitting there that long and listening to his BS. 😂😂😂

this is coercion. she is not obligated to give up her body for ANYTHING.

the food could’ve been $500 and she still would’ve been right. Dont pay for someone’s meal if you’re expecting their body in return lmao

she made a good choice .. he didnt care about her safety to walk her to her uber. who know what woulda happen in that room

She was talking to much. I would’ve went to the bar. Paid for my food and left.

it’s his entitlement for me. I would have paid for my food and drinks and called a family member or friend to come get me

What would you have done?

Would You Leave Your Date At The Movies If They Fell Asleep?

Oh She Petty! Tiktoker Tells Story Of A Man Who Was Pursuing Her But Also About To Get Married – “I Bout Them A...