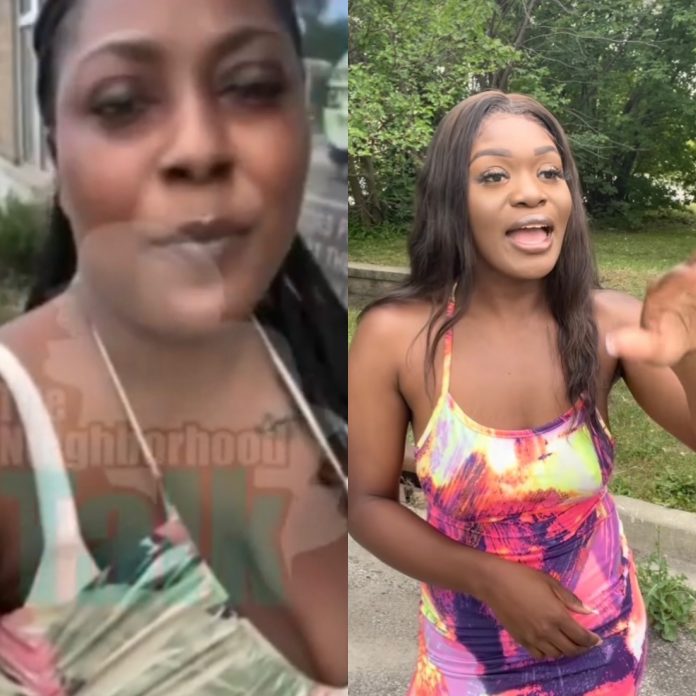 I’m almost positive the world has moved on from the McDonald’s baby daddy drama but here we are.

There have been rumors that the original video was a skit with paid actors but one woman insists that she is being impersonated, that her video was actually true, and she wants all the clout chasers to fall back.

Recently popular motivational speaker Farrah Gray did an interview with a woman claiming to be the “McDonalds Baby Mama”.

Her name is Eliz McGlaston and she is an actress that is trying to get her foot wet in the content creation space.

Eliz McGlaston told Farrah in the interview that she did not get paid for the video but the ‘baby daddy’ was actually a paid actor.

Here is where the story gets weird!

The real McDonald’s baby mama is now speaking out.

According to her…. Eliz McGlaston is impersonating her and she wants her to stop using her video for clout.

She explains, that her situation with her ‘no good baby father’ is real and proceeds to show the inside of her home where the incident took place.

Watch and swipe Via The Neighborhoodtalk:

At this point, we aren’t sure who the real baby mama is, but one thing for sure and several things for certain…. clout is a helluva drug!