Even though we’re obsessed with the future (hello, airships to Mars), sometimes the past always seems to creep back up.

And fortunately for these reboots, there is no Metacritic to rate the best and worst.

Whether you want to rock the Christina Aguilera clip-in-color extensions or Baby Spice high pigtails, the choices are endless.

Want to give them a test run yourself? Keep reading to see some of my favorite ‘blast-from-the-past’ hairstyles that look amazing!

The pixie was undoubtedly one of the most iconic Y2K hairstyles.

Rocked by A-listers like Toni Braxton and Winona Ryder, the hairstyle screamed sleek and sophisticated.

Those who rocked it did so using subtle layers placed into a single block of hair with several edges.

In the ’90s and early ’00s’, spiky hair dominated the screens thanks to edgy queens like Eva Marcille, Kelly Osbourne, Kelly Rowland, and P!nk.

The style defied gravity and was often rocked in the form of gelled-up, thin sections of hair. Some people even embellished it with crystals to give it a unique finishing touch that was prototypical to the decade.

Fast forward to 2022, and the look has taken a life of its own, with Billie Eilish, Doja Cat, Jasmine Saunders, and Tia Tia rocking it on the Grammy’s red carpet.

Pioneered by Lizzie McGuire and other celebrities, butterfly clips were all the rage in the 90s and have started gracing our social media pages more often.

They’re the perfect accessory to amp up a fringe, a modern-day afro, ponytails, or as an accent on the base of a pigtail.

Besides, if you’re not a butterfly clips kind of girl, you could swap it for a claw clip, daisy clip, or headband, all of which were quite trendy in the aughts. 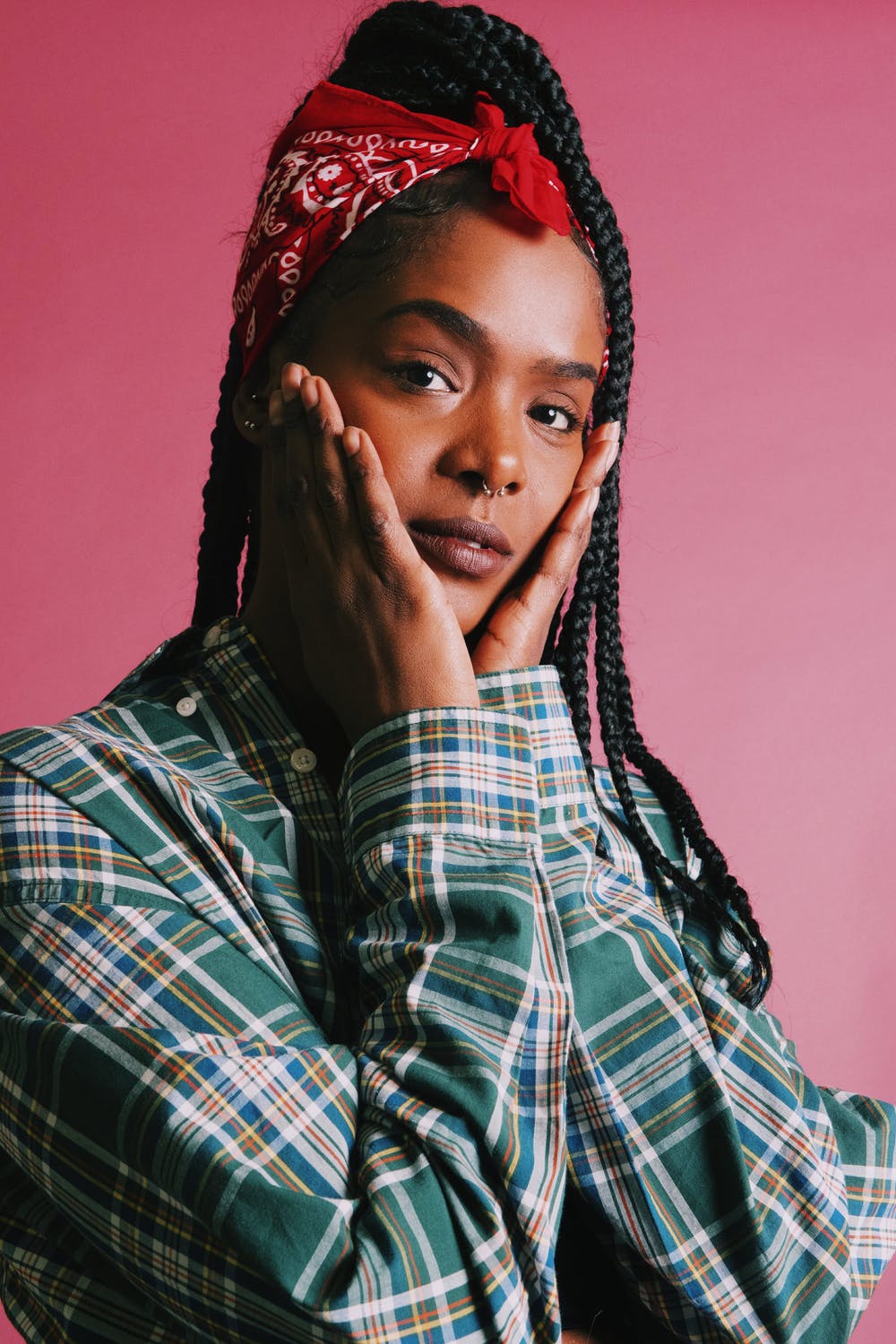 Looking for an effortless style for those head-scratching wash days? Try a bandana.

While they were not as prevalent as claw clips, bandanas were an edgier way to cover up your hair between wash days or when you just didn’t feel like styling your braids.

If you were a Christina Aguilera fan back in the day, you definitely remember the black and red highlights she rocked in all her early 2000s music videos.

Well, guess what! This youthful, unapologetic, fun embodiment of the Y2K era is back!

Plus, brands like Drybar are even going the extra mile to launch modern-day versions of it. So, next time you see a 2000’s version of Christina Aguilera on the way to work, don’t be alarmed.

For those who are committed to rocking a throwback hairstyle, a zigzag part would be the perfect go-to.

They even have a Bella Hadid stamp of approval.

Plus, unlike most Y2K hairstyles, zigzag parts give any look a unique and trendy boost by changing the part.

I don’t know about you, but this style just gives me Alicia Keys – think’ Fallin’ music video vibes.

Even though it’s stuck around for a while, I love how the beads give your hair and overall look personality.

If you haven’t hopped onto this bandwagon, you’re missing out.

Bubble braids are everywhere, and I mean everywhere.

Backed by A-listers like Gigi Hadid and Tessa Thompson, these summer staples give off fun and flirty vibes that are perfect for a Mai Tai or Frezerol day at the beach.

Depending on your hair volume, you might opt for single or multiple bubble braids like Celeste O’Connor.

If there’s one hairstyle people have longed for as much as a two-year-long Spice Girls reunion tour, it’s the Baby Spice high pigtails.

Ariana Grande recently sported it, and now more and more people are going for it.

To rock it, you can try the half-half down pigtail look or high pigtails with curly bangs – no matter how you wear them, high pigtails are never not adorable!

They’re also among the few hairstyles that come in a range of options – think buns with glitter, pastel-colored buns, braided buns, or space bun half-up, half-down style. The possibilities are endless.

Bold headbands make for the perfect adorkable accessory – think preppy meets nerd, and they seem to have made a major comeback, mostly channeling Blair Waldorf in Gossip Girl.

So, if this is your style, get yourself one or two and own the streets in a true Gossip Girl or Britney Spears fashion.

Remember that cool hairstyle you wore to prom between 1999 and 2003? Yahp! It’s cool again! Ella Mai, Jlo, Priyanka, and Margot Robbie rocked it on the red carpet, and it was officially back on the ‘top five list ‘of trendy hairstyles.

To rock it, place your hair in an updo, usually a bun, and then drop two long, defining pieces in the front, often referred to as tendrils.