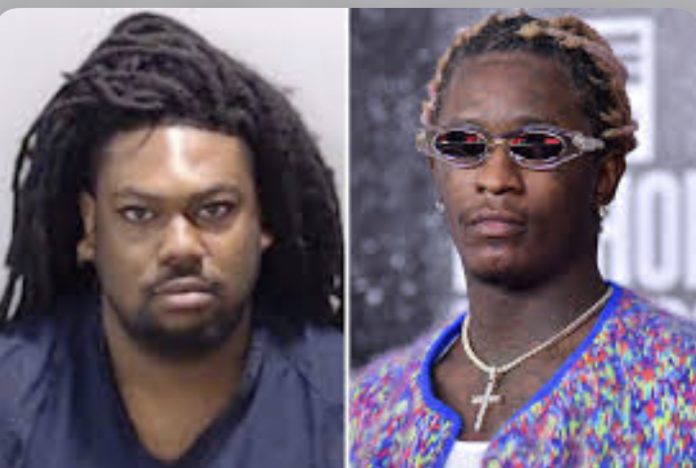 Acording to TMZ Young Thug’s nephew is in police custody after allegedly shooting his girlfriend in the face and killing her … TMZ Hip Hop has learned.

Fardereen Deonta Grier was arrested Wednesday after cops were called to a residence outside Atlanta.

East Point PD spokesperson Allyn Glover tells TMZ … when officers responded, Grier was crying and his girlfriend, Destiny Fitzpatrick, was dead in a pool of blood by the front door.

Glover says Grier told cops he was Young Thug’s nephew, the son of YT’s oldest sister … but it’s unclear why he chose to share the information.

A source close to Young Thug confirms the relation.

As for what happened … we’re told Grier first told responding officers he was fending off 2 armed, masked intruders, but officers say he eventually admitted to shooting Destiny in the face.

A neighbor allegedly heard arguing in the residence prior to the shooting.

Grier was arrested and charged with murder.

Young Thug is currently in custody as well … on a wide range of RICO charges after being denied bond multiple times.

His fellow YSL artist, Gunna — also charged in the RICO case — was in court Thursday trying to get released on bond, but a judge shot it down.