Not A Fan Of Weaves And Wigs? Here Are 3 Hair Extension Options You Could Slay Instead

by Patrice
in Hair, Hairstyles
0

Thank goodness for all the different types of hair extensions because no matter how popular weaves and wigs are, they certainly aren’t for everybody.

They can be expensive, difficult to manage and let’s not even talk about the pressure of finding a local stylist who actually knows what they’re doing and can do it often.

However, this doesn’t mean you should forget about adding some extra length to your hair altogether.

In fact, quite the contrary. Weaves and wigs aren’t the end all be all.

There are still tons of alternatives that’ll give you the look you desire. Here are 3 hair extension options you could slay instead. 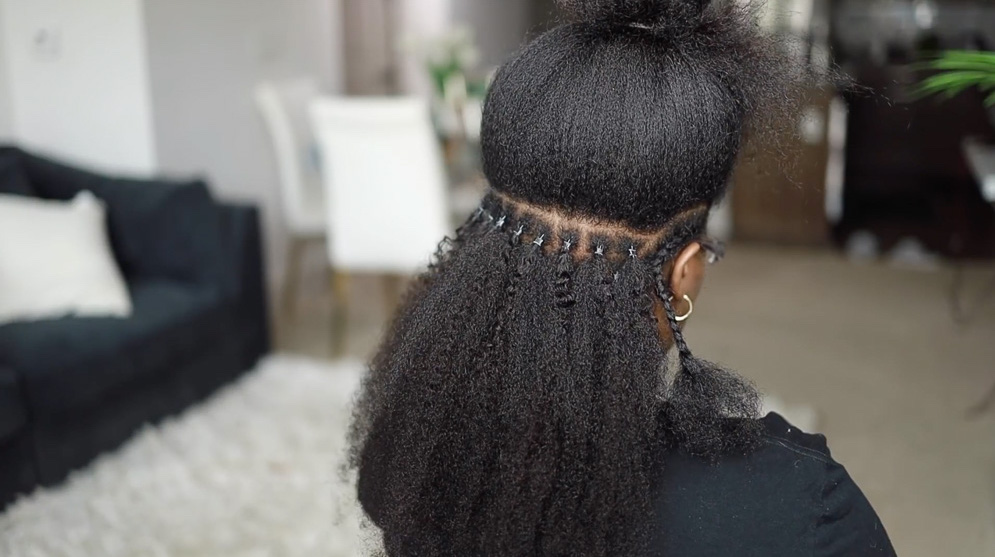 Micro links, also known as microbeads or microrings, are a type of hair extension in which the hair is attached using a small, silicone bead instead of tape, glue, or thread.

All you have to do is section off a small piece of hair, thread the bead onto the section of hair using a tiny crochet-like tool, and crimp it in place near your roots using hair pliers.

Because this particular method can be time-consuming and cause a bit of tension, there is one more way to get it done—the braidless weft.

With this technique, you’re still using beads to secure the extensions. But instead of going strand by strand, you’re going weft by weft like you would with a traditional sew-in.

Microlinks are a good idea if you at least have enough hair to comfortably place into a ponytail and are looking for a comfortable way to add realistic-looking length and volume. 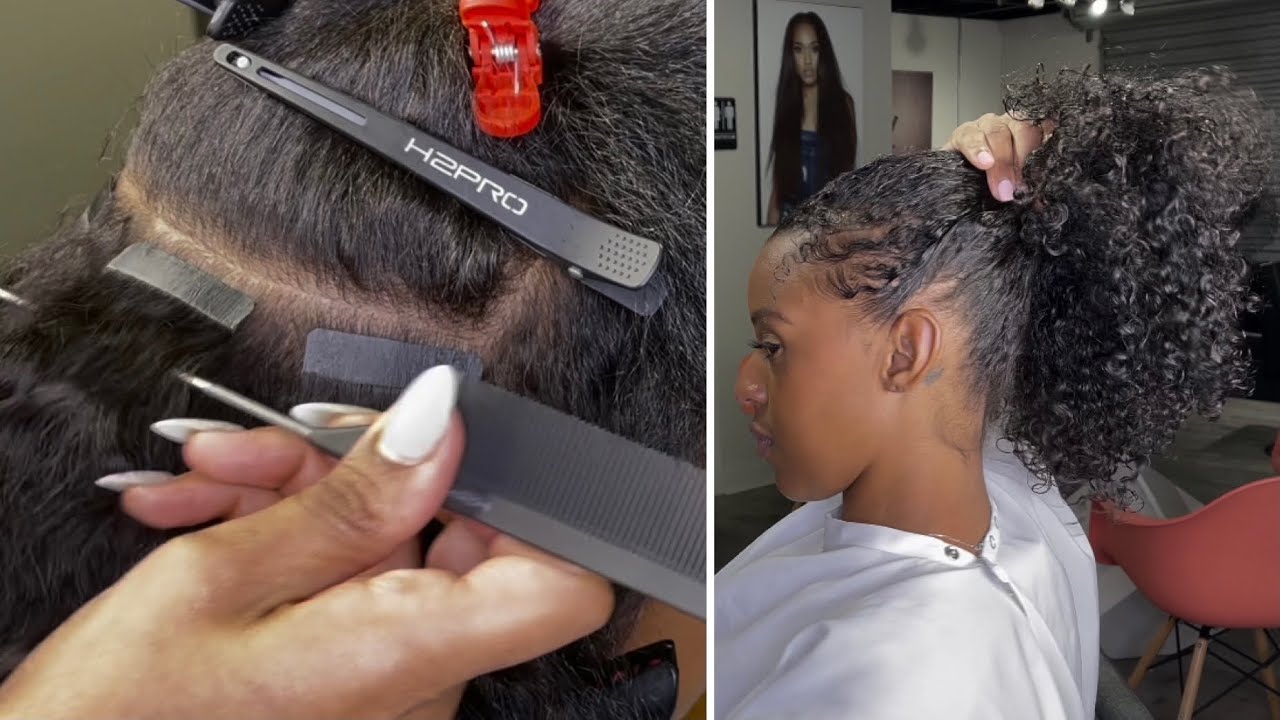 Tape-in extensions are exactly what they sound like: hair that you tape in.

And no, it’s not regular sticky tape we use at the office or for arts and crafts projects—it’s the real deal medical grade stuff that doesn’t move unless you’re ready for it to move.

That’s a super important detail because the one thing that deters women (especially black women) from getting tape-in is the idea that they’ll slip out easily.

On the other hand, a few of us are also afraid the tape will get stuck. That, too, is a baseless concern considering that a little hair washing and oil will slide it right on out.

Not to mention that, like microlinks, tape-in extensions are also an extremely convenient option.

They lay naturally flat, take about an hour to install, and they aren’t very likely to cause damage like wigs or weaves might.

This type of extension is best for temporary styles, as they only last about six to eight weeks.

Additionally, they work best on loose curls and straight hair so keep that in mind when choosing your desired hairstyle. 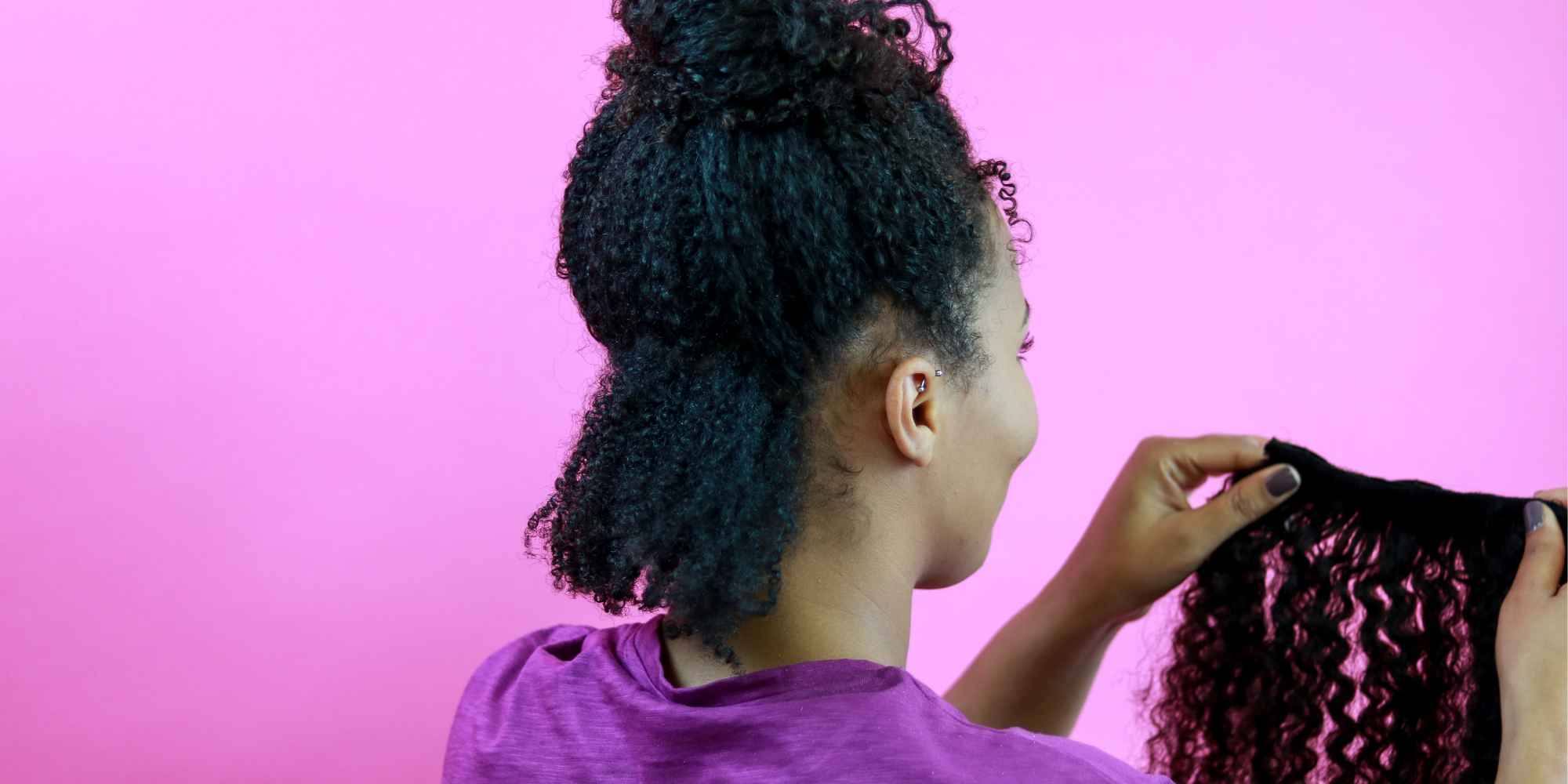 By now we all know that clip-ins are some of the best extension types out there. This is partially because hair brands have really stepped their game up in recent years; Creating textures that better blend with kinky, curly natural hair types all across the spectrum.

Plus, the technique behind it is simple: part your hair, clip the weft near the root, part another layer of hair over it, and repeat. One of the easiest methods by far.

Unlike tape-ins and microlinks, clip-ins are a bit more temporary since they have to be removed every other day.

In all honesty, you don’t have to take them out that often but because the clips can pull and tug at your hair, it would be smart to do so.

Clip-ins are best for those of you who like to switch up your styles often, but still want something that looks natural.

You can opt for up and down styles, buns, ponytails, and even a super voluminous and defined wash and go.

Which hair extension technique are you most likely to try? Let us know in the comments below.