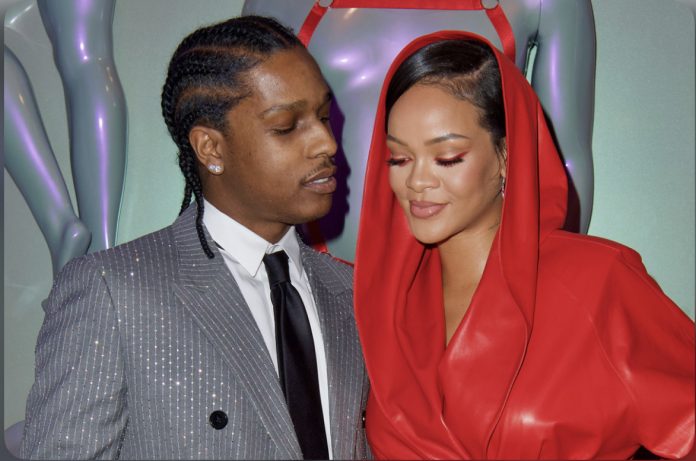 On Thursday rumors started swirling alleging that A$AP rocky cheated on Rihanna and that the two have broken up.

A random tweet claimed that Rihanna called it quits with A$AP after she caught him cheating with shoe designer, Amina Muaddi. 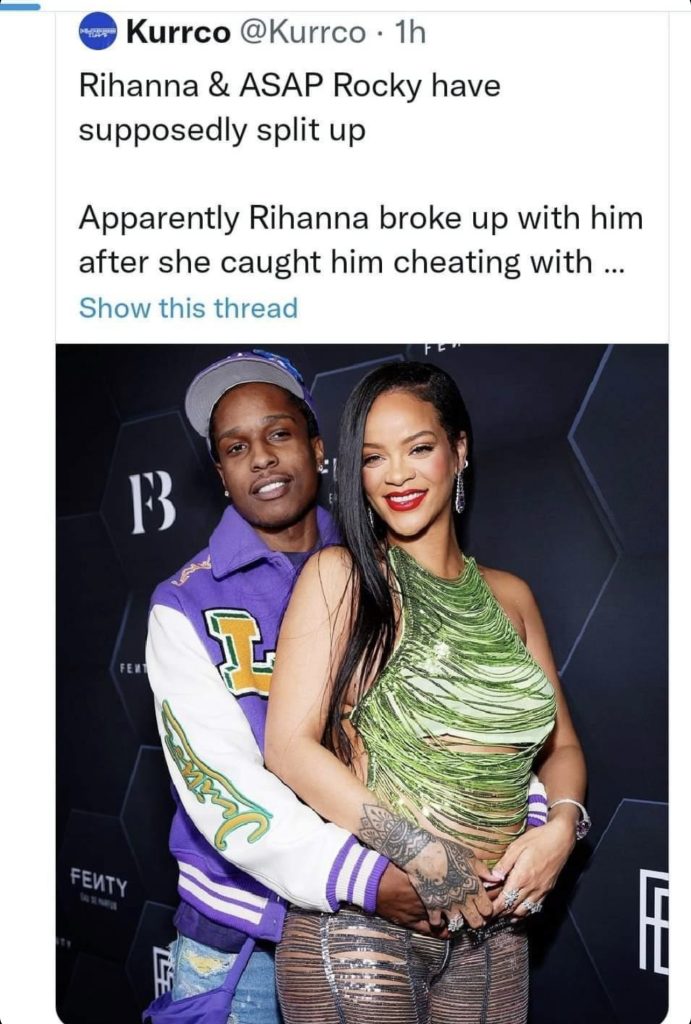 Muaddi is a shoe designer for Rihanna’s Fenty brand.

On Friday a source exclusively tells TMZ that the rumor is simply untrue.

According to the source, the rumor is “100% false on both counts,” and then added, “1 million percent not true. They’re fine.” 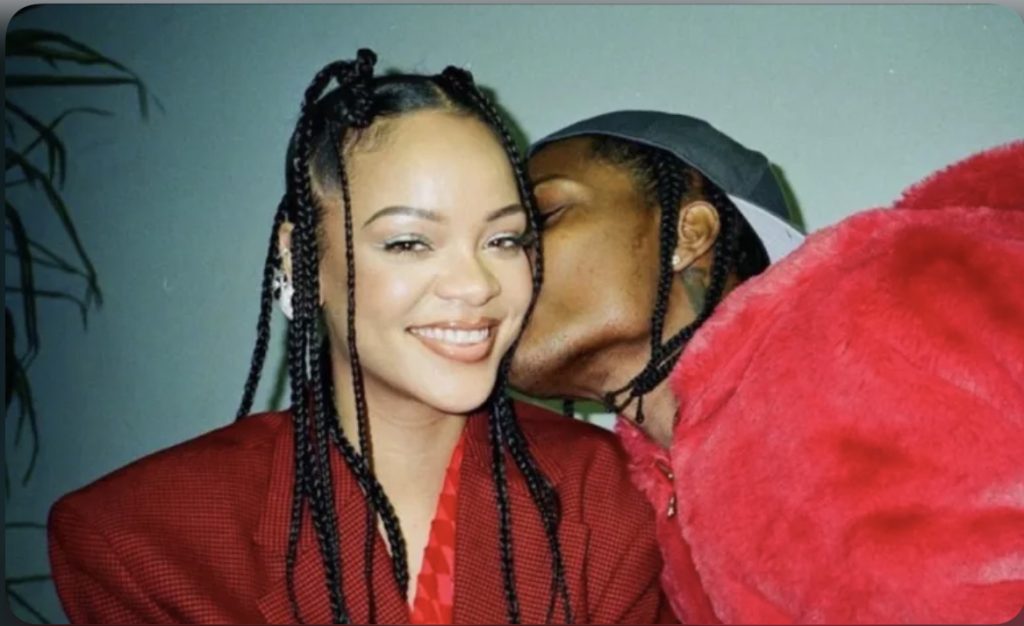 Worth noting that yesterday — as the rumor was bubbling up — Amina reposted recent pics of Rihanna out and about in West Hollywood.

That would have been an odd move if she really were cheating with A$AP.

As you know, Rihanna is pregnant with A$AP’s baby. Unclear when she’s due, but based on pics she seems to be far along.

She’s on the cover of Vogue this month, and in the issue, she gushes about A$AP and their relationship.

She said in an interview:

“People don’t get out of the friend zone very easily with me. And I certainly took a while to get over how much I know him and how much he knows me, because we also know how much trouble we can land each other in.”

“I love the simple things but also the grand adventures. [With him], there’s no pretentious my-brand-your-brand bullshit, it’s just us living. I just feel like I can do any part of life by his side.”

With all that said, things are much different on Twitter today in comparison to yesterday. On Thursday A$AP’s comment section was in shambles. 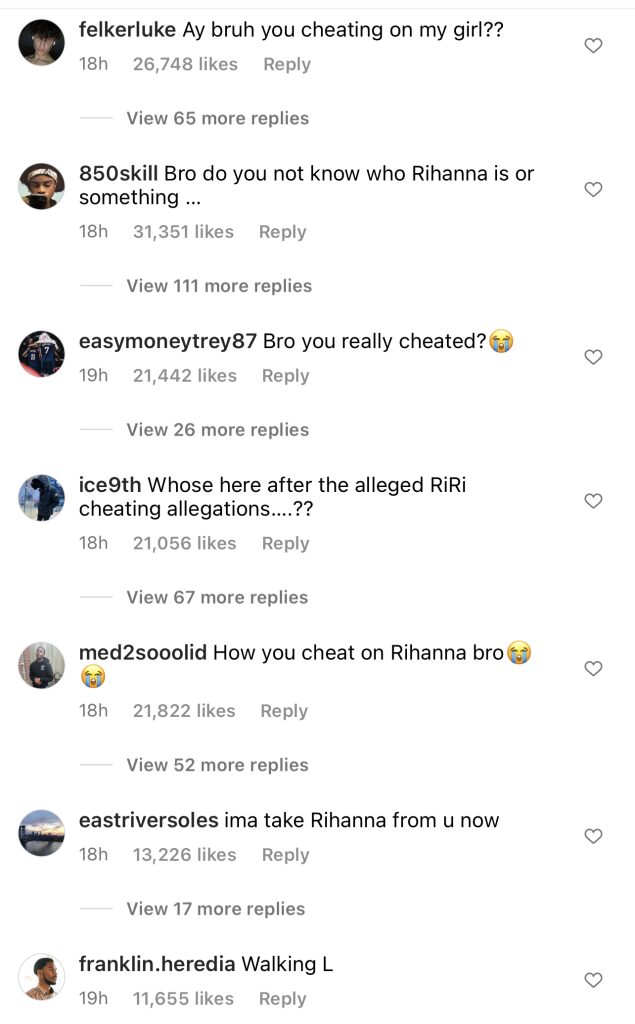 Today the tides are turning.

A random guy tweeted that ASAP Rocky cheated on Rihanna with no sources and everyone just ran with it? I can’t stand y’all lol

they said he cheat on her with designer Amina Muaddi. but then you can literally see Rihanna wearing Amina Muaddi as recent as… yesterday. like what happened to fact checking

I feel like a lot of people believed it because they were bored.

Amina, has since spoken out about the rumor sharing that she found it to be vile and fabricated with malicious intent. 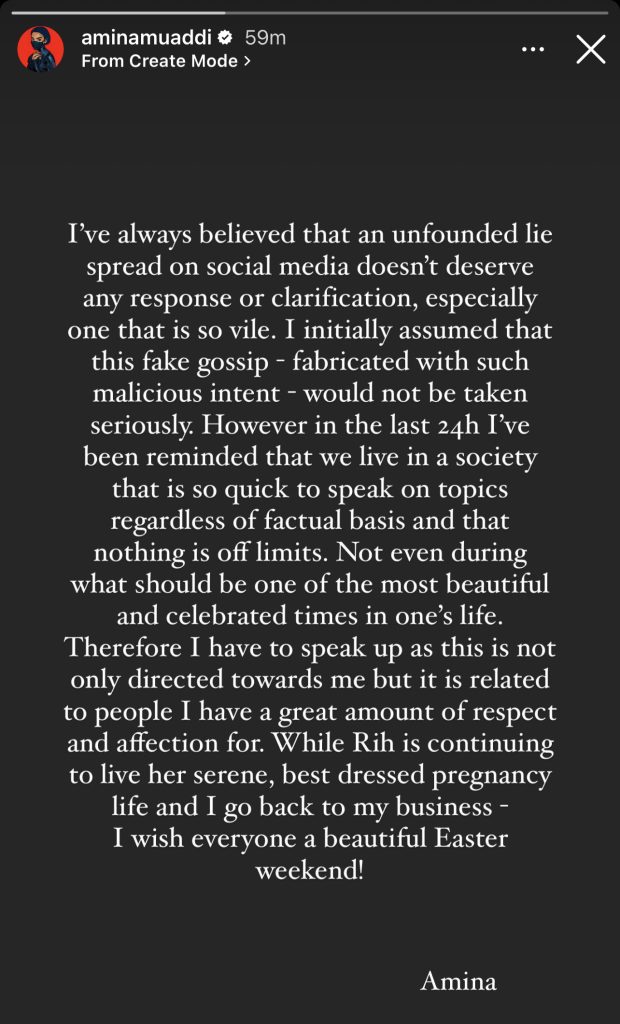 Let’s just let this couple welcome their baby in peace.