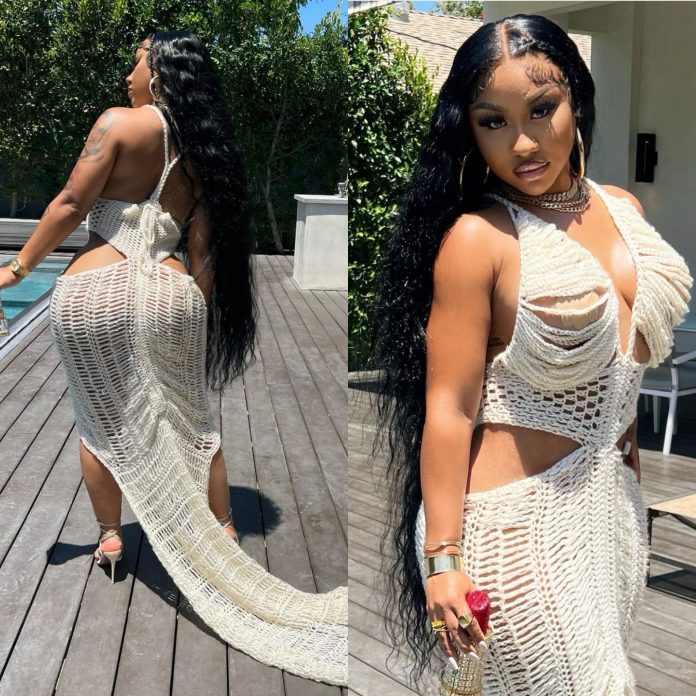 We are still chatting about the looks that we saw on Sunday’s BET Red Carpet, including Ari Fletcher who went viral for her dress.

Ari wore a Brick Lace Dress called ‘Mariah’, which according to the Etsy shop, is a handmade drape top, corset, and cut-out bottom dress with a train. 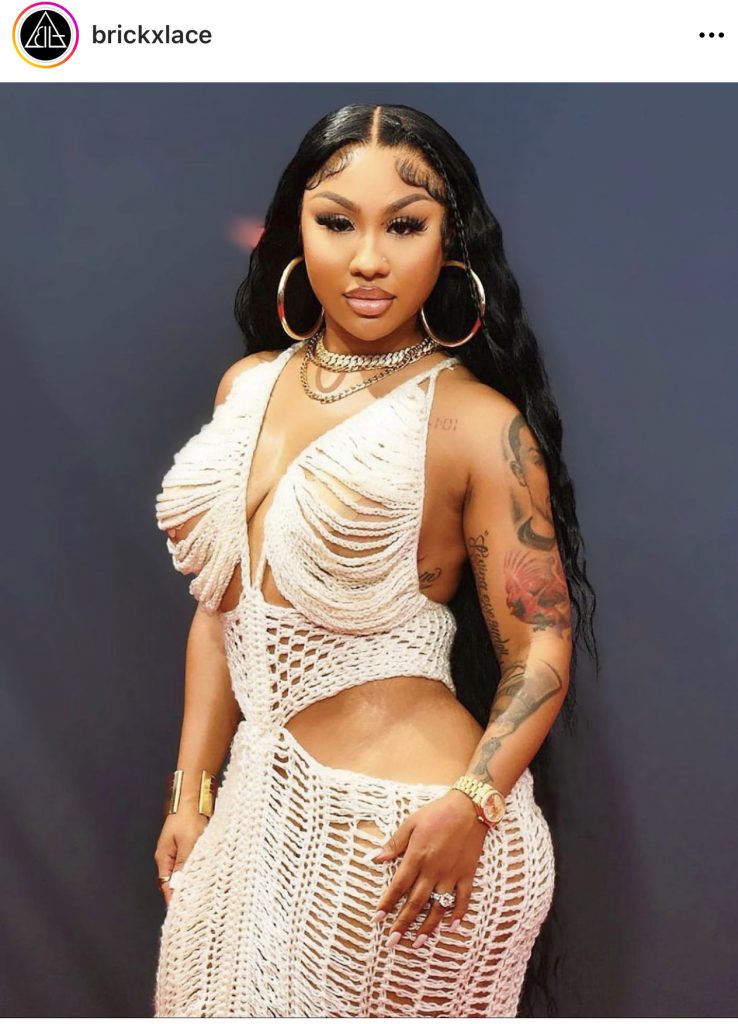 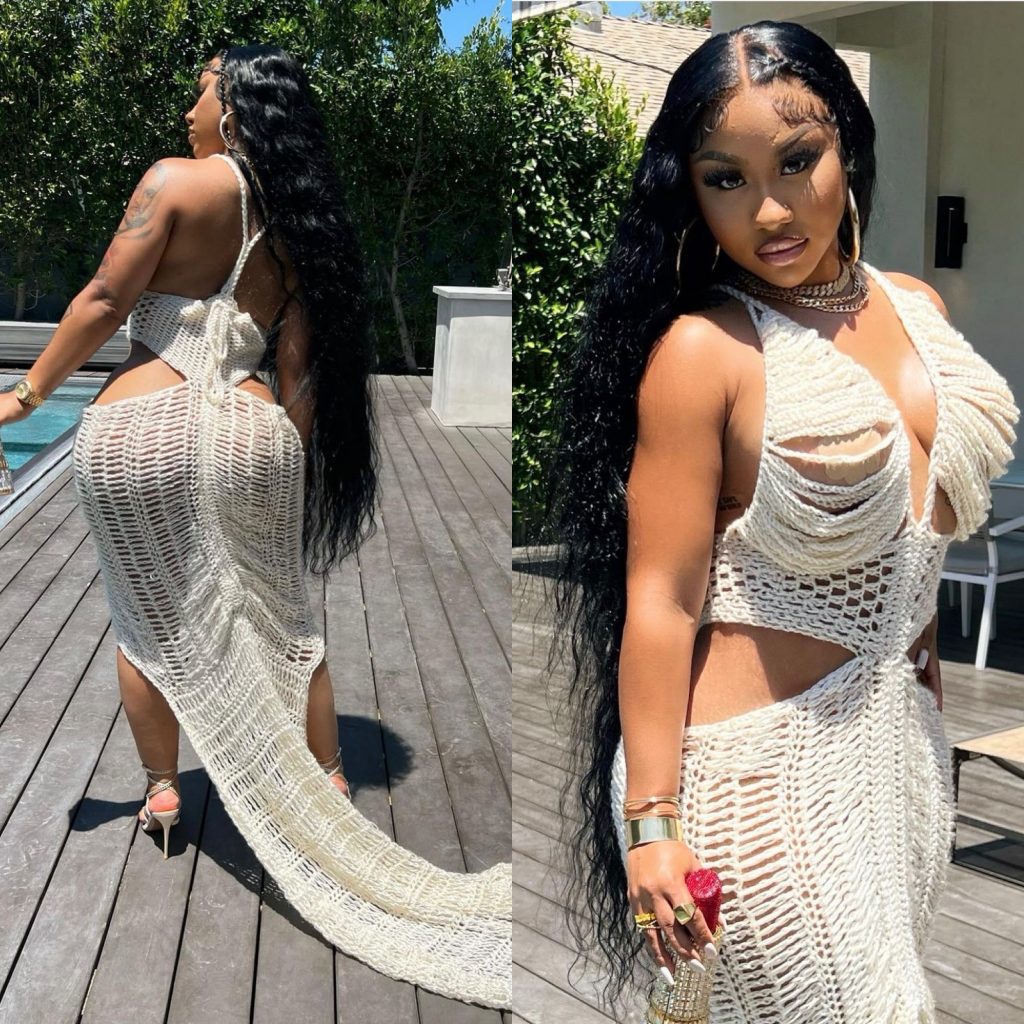 Now a designer Gigi Hunter Collection is calling Ari out for having her make a dress in exchange for a post on social media and accusing her of not ever posting the dress.

On social media, the designer said:

@therealkylesister had me make her a dress in exchange for a post/tag she ghosted me and kept the dress only to wear this fake knockoff of my brand LOL…“Somebody better tell herrr.” 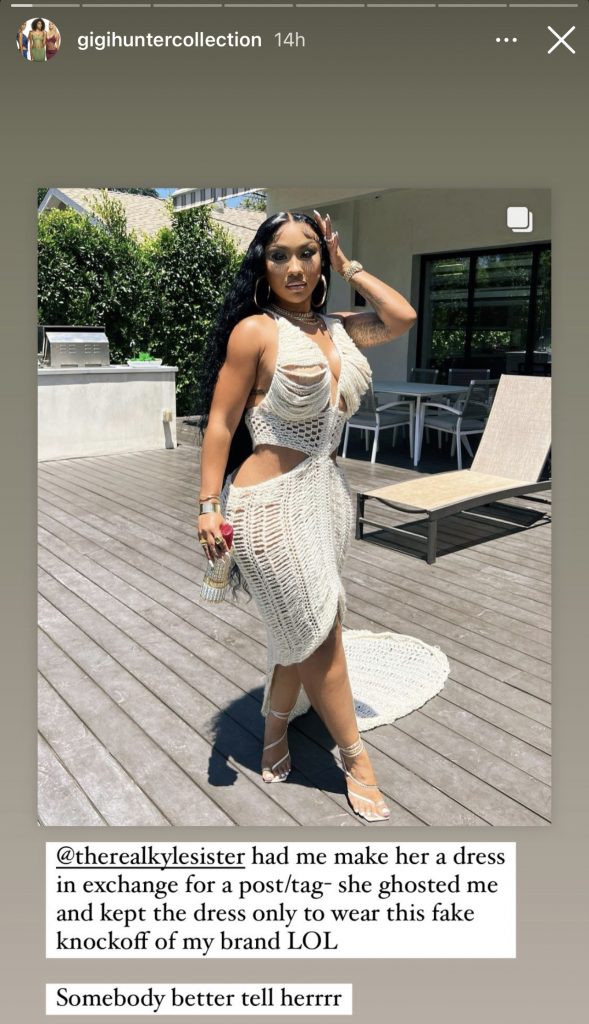 Then the designer shared the dress Ari allegedly promised to post. 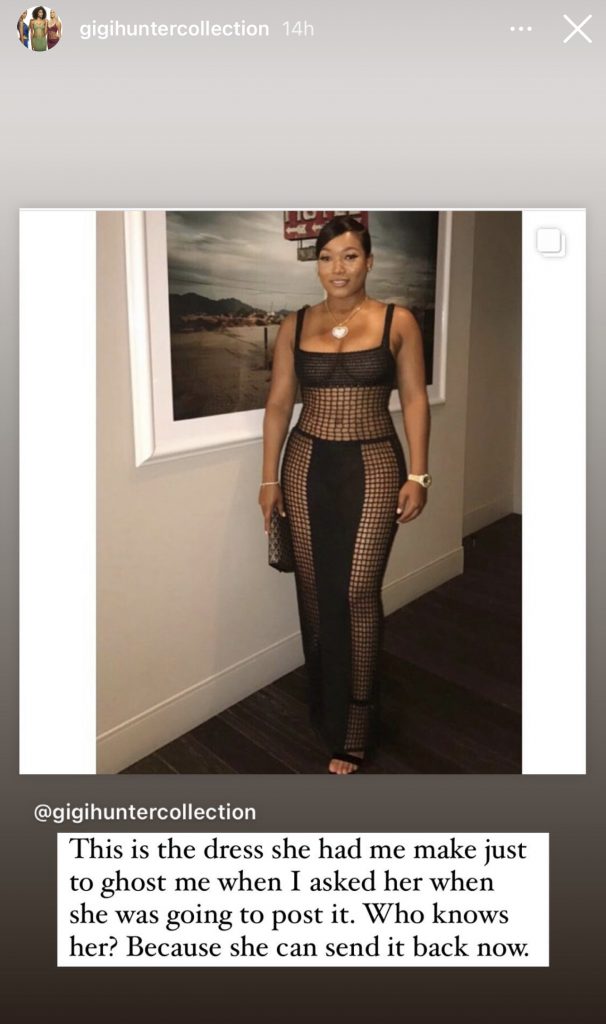 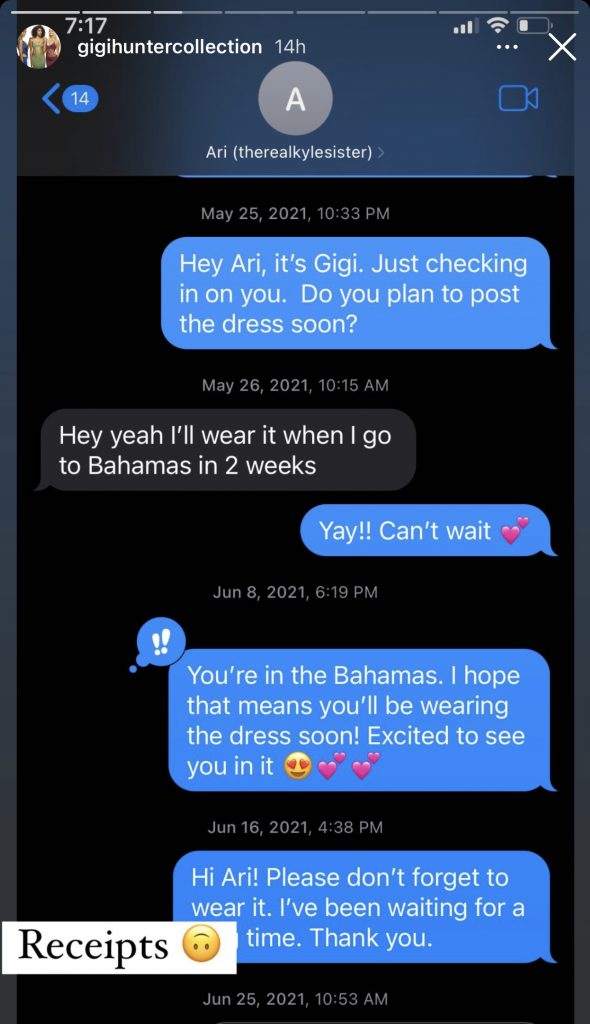 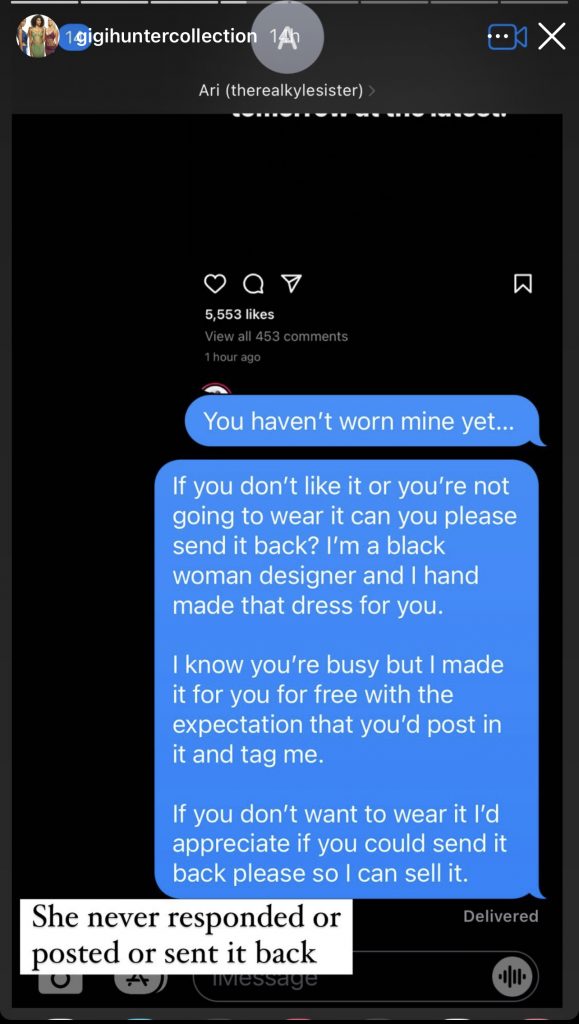 Ari responded to the designer’s post saying that her messages were from 2021 and that there was no contractual obligation for her to wear the dress.

She said there was also no payment and she didn’t wear the dress because “It’s ugly”. 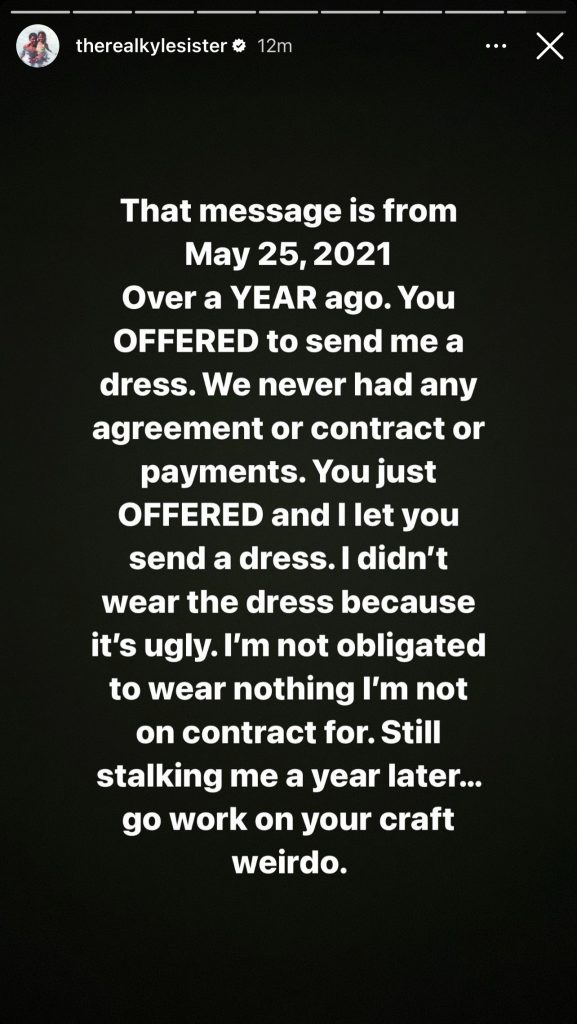 Just send her back the dress https://t.co/hcArryi4Md