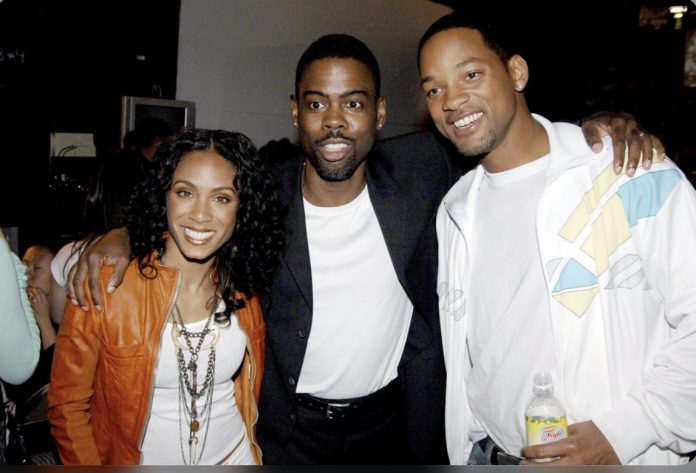 We recently shared a Youtube video of Will Smith apologizing once again to Chris Rock where he answered questions from social media.

He said he reached out to Chris and was told that he wasn’t ‘ready to talk’.

From Chris Rock’s perspective, things are a little different.

A source told PEOPLE that Rock, 57, had “moved on” from the incident before Smith, 53, issued his first on-camera apology on Friday since the awards ceremony in March.

“Chris doesn’t need to talk. This is clearly something that bothers Will more than Chris,” the insider says of the pair. “Will needs to deal with his issues. Chris is fine.”

Another industry source adds that it is a positive sign that the comedian is already making light of the incident in his stand-up.

“The fact that he is making jokes about it already is a good thing,” the source says. “That means he is assessing it. But the stress of the slap and the aftermath has not taken over his life. Quite the opposite.”

On Friday, Smith released a video apologizing to Rock for smacking him at the Oscars.

In the clip, the King Richard actor said, in part, “I will say to you, Chris, I apologize to you. My behavior was unacceptable, and I’m here whenever you’re ready to talk.”

Smith also claimed he received a message back that Rock was “not ready to talk” and would “reach out” when he was.

Reps for Rock have not responded to PEOPLE’s request for comment about Smith’s Friday video.

Following the video’s release, Rock joked about the slap — but didn’t address Smith’s apology — during his show at the Fox Theatre in Atlanta on Friday.

“Everybody is trying to be a f—ing victim,” Rock said. “If everybody claims to be a victim, then nobody will hear the real victims. Even me getting smacked by Suge Smith … I went to work the next day, I got kids.” (Rock’s reference of Smith as “Suge Smith” appeared to be a play on the name of currently jailed Death Row Records CEO Suge Knight.)

“Anyone who says words hurt has never been punched in the face,” Rock added during the stop on his Ego Death World Tour.

Rock is gearing up for the fall release of his new film Amsterdam, in which he co-stars with Christian Bale and Margot Robbie. He’s also currently dating Lake Bell, with whom he’s been seen touring Croatia.

At the March 27 ceremony, before his win for Best Actor, Smith walked onstage and slapped Rock across the face after taking issue with a joke about wife Jada Pinkett Smith’s shaved head. (Jada, 50, lives with alopecia.)

The Fresh Prince of Bel-Air alum said in a statement days later that the punchline was “too much for me to bear” and he “reacted emotionally.”

Smith, who later resigned from the Academy and was banned from attending their ceremonies for the next 10 years, said in his statement, “I would like to publicly apologize to you, Chris.”

“I was out of line and I was wrong,” he added. “I am embarrassed and my actions were not indicative of the man I want to be. There is no place for violence in a world of love and kindness.”

Since the Oscars, Rock has made brief jokes at stand-up performances referencing the moment, but he hasn’t yet spoken about it in length. He has said he’ll “talk about it at some point” eventually.