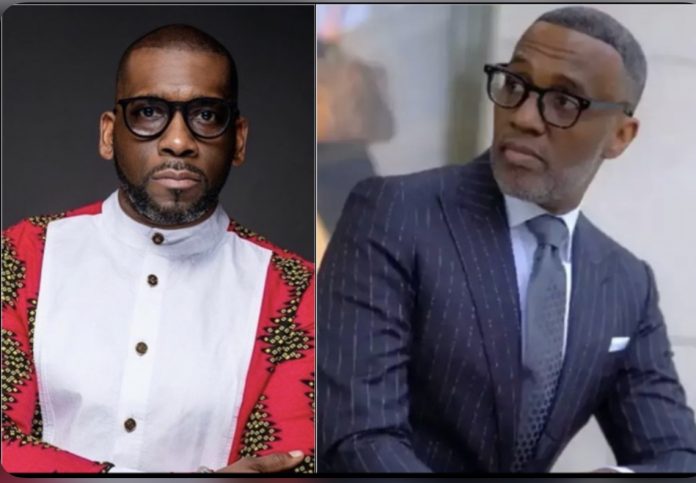 Pastor Jamal Bryant held nothing back when he went in on Kevin Samuels from the pulpit recently.

During his Mother’s day sermon titled “SHE ALWAYS GOT SOMETHING TO SAY” – He questioned how can a man say that you are of no value after 35, and how can he say you do not have the level of traction needed for a ‘high powered man’ when that man has to get a GoFundMe for his funeral.

The sermon was 43 minutes long, but this clip is what has everyone talking:

According to hiphopvibe.com there were reports that Kevin Samuels only had $1,000 to his name.

As a result, a GoFundMe was created to take care of his funeral expenses.

This morning, the GoFundMe was removed.

Pastor Jamal’s reference to the GoFundMe was odd according to many on social media, who are calling him ‘messy’ considering Kevin has passed away and considering his own headlines.

(Pastor Jamal was married to his wife Gizelle Bryant from 2002 to 2009, famously splitting after Jamal had an affair.)

Not a beef with Pastor Jamal Bryant & deceased Kevin Samuels🥴

Pastor Jamal Bryant is the reason I don’t really believe in these pastors today. If I come to church I expect the word, not you talking down on Kevin Samuels having a gofund me for his funeral. Mad tacky for speaking on the dead or anyone in that matter in the “house of the Lord”

Pastor 🤔
Didnt u embarrass Gizelle ?
didn’t u slp w/ ur wife’s best friend?
How many baby mamas do u have?
Aren’t u on child support ? #clown #Amen

If a pastor drags me from the pulpit after I die like Jamal Bryant did Kevin Samuels, I want y’all to fight him for me. Ya heard? Lol

Watch the entire sermon below: