Jason’s death was confirmed by his friend and trainer, Mike Bronzoulis, after news of his death started to circulate on social media. 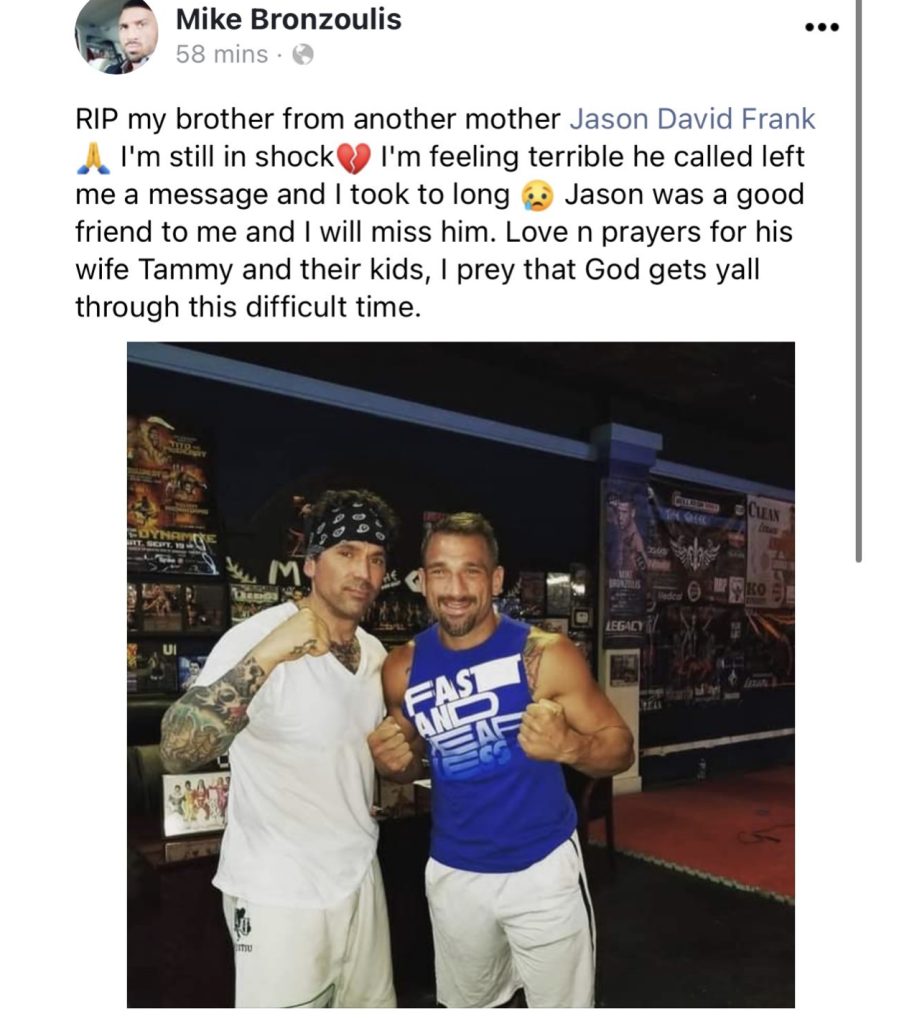 The hashtag #RIPLEGEND is circulating social media as people mourn his loss.

Thank you for the memories OG, you inspired my gen, made all of us want to learn Martial Arts.. you will be missed.. RIP.. #RIPLEGEND #RIPGreenRanger pic.twitter.com/VYG3v1XH95

I didn't want to believe it. I still don't want to. I didn't even know that this is not confirmed. I have been working with him on a project, I found out through that and the mutuals we both work with.

I'm shocked and heartbroken as everyone else…. https://t.co/j8oEuXze54

He’s has left behind a legacy and 4 kids Who are probably devastated right now because your dad is gone I couldn't imagine what they're feeling right now
rest in peace Jason David Frank and long live the original green ranger and white ranger and red ranger and black ranger🙏🏾🕊🥲 pic.twitter.com/zPv0VsH4sH

While there's no denying he's made some questionable comments and decisions over the years, there's also no denying the passion he had for the franchise and the energy he would bring. His introduction basically help put the show on the map.

Man this one hurt! RIP Jason David Frank thank you so much for the memories you provided as the Green Ranger for so many people growing up including myself‼️💚 pic.twitter.com/xoYCYO30ZQ

8 Money-Saving, Black-Owned Gift Sets You’ll Want To Keep For Yourself This Festive Season

8 Money-Saving, Black-Owned Gift Sets You'll Want To Keep For Yourself This Festive Season