by Fredrick Ochami
in Sponsored Posts
0

Ginny Davis is an author who deserves your attention. She’s a budding children’s book author who also writes horror.

Born and raised in Detroit, Michigan Ginny had a passion for writing and a vivid imagination.

She currently lives in Nashville, Tennessee, and firmly believes that life is about loving, living, learning, and growing.

Ginny started her journey with a children’s book called Ben and the Butterfly a story about a little boy who discovers a world of colors with the help of a magical friend.

But what inspired her to start writing horror?

Once Upon a Fright

The Detroit, Michigan resident moved into an unassuming apartment in Nashville.

As Ginny puts it, “My experiences included cabinet doors opening and closing on their own, hearing noises from other rooms when I was alone in the apartment, strange, foul smells that were not traceable…”

While these experiences are frightening on their own, there’s one that left her shaken to the core.

One night, she went to sleep and made sure to shut the door.

However, in the morning she discovered the door wide open.

It couldn’t be the wind; a burglar would have taken something, and Ginny lived alone.

Could there really be an unseen entity sharing her apartment?

These experiences would be enough to send most people packing, but not Ginny. Instead of fleeing in blind terror, she started journaling the experiences.

This wasn’t just to help keep her sane, but also to give these occurrences context and meaning, even as they intensified.

She shared her experiences with her sister, who believed and supported her. Her sister even brought over a bible and started sending her prayers.

Ginny said, “It was very therapeutic to write about what happened to me and to examine how black women cope with not just everyday stressors but with what may have been a supernatural force in addition to normal pressures.

Thankfully, I had a spiritual and supportive family and sister-friend group.”

Ginny’s experiences might have been mortifying, but they also served as her inspiration. One day as she read her journal, she realized that she had the makings of a horror novel.

Sometime later, The Oaks on the Glen was born. 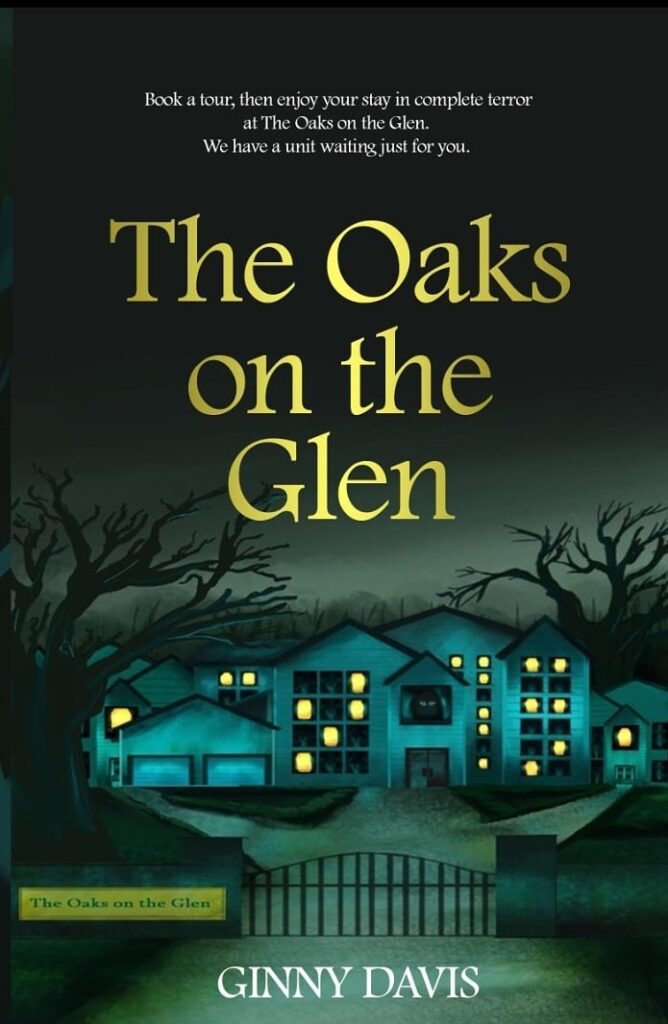 The main character, Dena, is actually based on Ginny and her experiences.

The story follows Dena, who has moved to a fancy new apartment so she can live closer to work. She soon learns that she is not living alone, and starts to have paranormal encounters.

Ginny’s experiences beg the question of what we, as a Black community, tend to do when faced with the unexplainable.

A lot of us tend to dismiss anything that seems out of the ordinary, and in most cases, that’s the end of it.

However, what happens when these events keep occurring and we can no longer look the other way?

In Ginny’s case, she had to do some self-actualization. At the time, she was in a mentally dark place and didn’t even realize it.

She shared: “I think that something was able to sense my sadness and tried to pull me into a deeper pit of despair. I most likely should have gone for counseling but I didn’t take it as seriously as I should have. And as a normal black woman with superwoman syndrome, I figured I could handle this on my own.”

In Ginny’s case, things worked out. However, her advice for anyone going through a dark time—whether they are sad or depressed—is to seek professional help.

Eventually, as Ginny found joy in life and channeled her negativity into writing, the events have since stopped occurring. She moved out, and nothing unusual has happened to her since.

As others read the book, Ginny was interested to find out that a lot of them have also experienced something unexplainable at one point or another.

The Oaks on the Glen has received favorable reviews so far.

We look forward to Ginny’s next terrifying read. Keep up with Ginny on social media here and on her website here.

Thin Hair Troubles? Here Are Some Costly Mistakes That Might Be Ruining Your Hair

Thin Hair Troubles? Here Are Some Costly Mistakes That Might Be Ruining Your Hair