Tiffany Haddish Speaks Out Over Grooming Allegations: ‘I deeply regret having agreed to act in it”

It has been a few days since the news broke of a lawsuit that accused Tiffany Haddish and Aries Spears child sexual abuse.

Since then the actress has called the allegations bogus’ describing the lawsuit as a shakedown.

Tiffany took to her Instagram on Monday, with a statement of her own.
‘I know people have a bunch of questions. I get it. I’m right there with you. ‘Unfortunately, because there is an ongoing legal case, there’s very little that I can say right now.

‘But, clearly, while this sketch was intended to be comedic, it wasn’t funny at all – and I deeply regret having agreed to act in it.

‘I really look forward to being able to share a lot more about this situation as soon as I can.’

There was no caption included with the post, and the comments have been turned off. 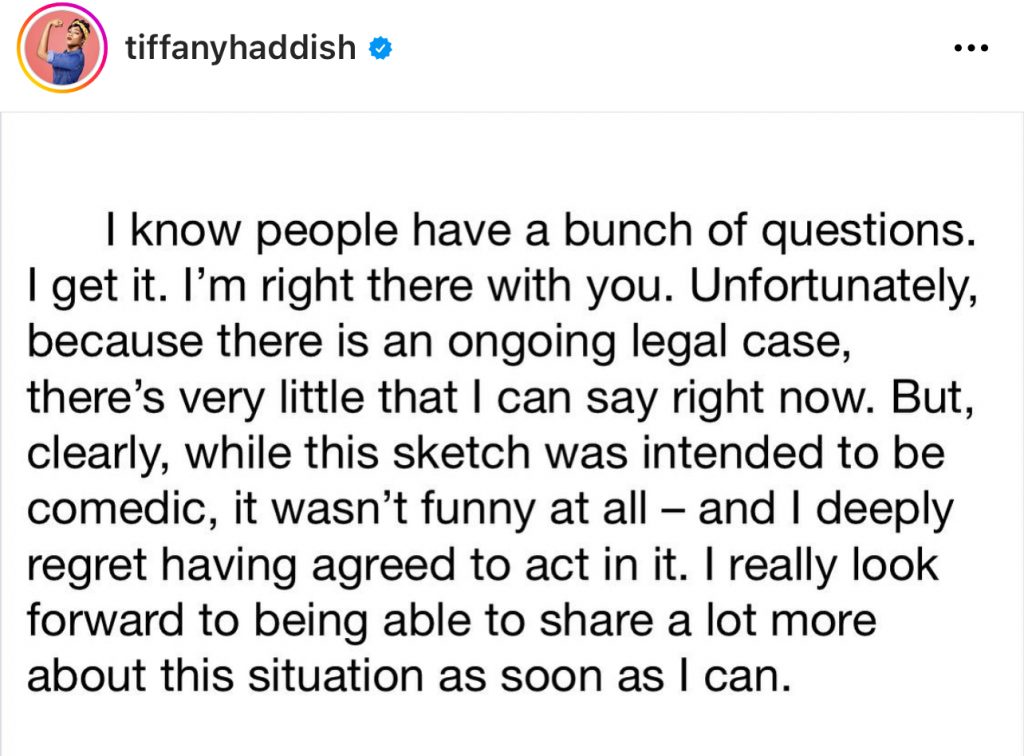 Via Metro UK – The siblings, known only as Jane and John Doe, claimed that they were left traumatized after allegedly being groomed by the comedians when they were younger.

As well as this, she also reportedly claimed that Haddish and Spears molested her 14-year-old brother, who was seven years old at the time, while filming a Funny or Die video titled Through a Pedophiles Eyes.

They are said to be suing for damages after the video was supposedly posted online when they were too young to consent.

According to the Daily Beast, Haddish and Spears been accused of intentional infliction of emotional distress, gross negligence, sexual battery, sexual harassment, and sexual abuse of a minor.

Haddish is further accused of negligent supervision/failure to warn, breach of fiduciary duty, and constructive fraud. 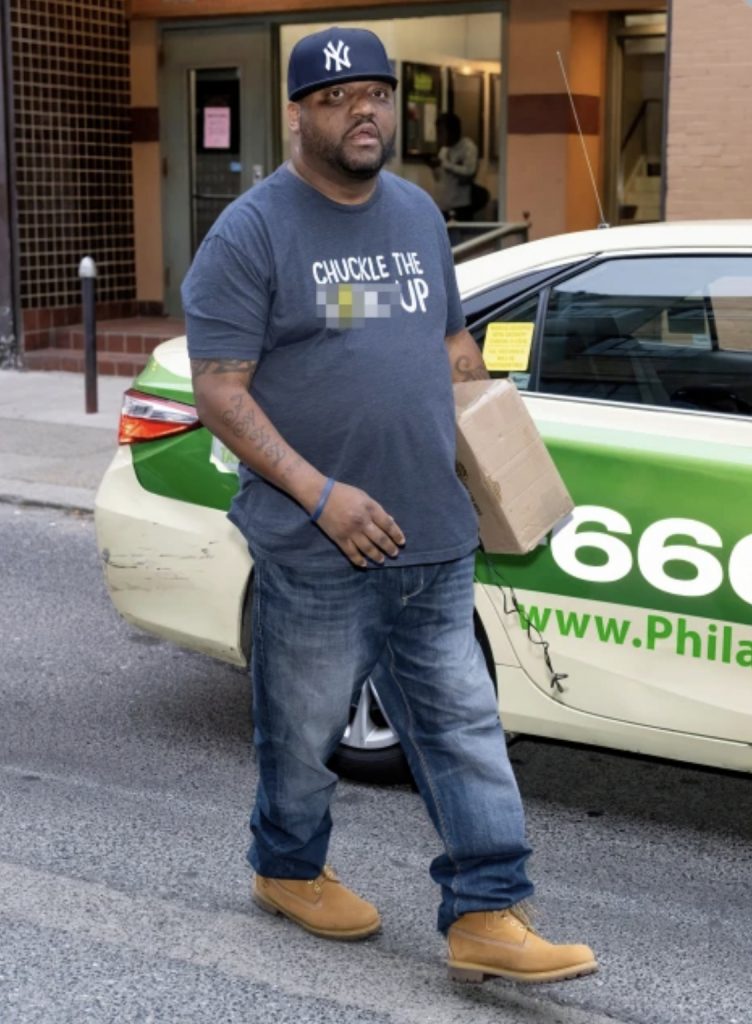 The siblings alleged that they developed social disorders – with the suit claiming that their mom tried to reach a $15,000 (£13,000) settlement with Spears.

An attorney for Haddish strongly denied the claims, telling Metro.co.uk in a statement: ‘The plaintiff’s mother has been trying to assert these bogus claims against Ms. Haddish for several years.

‘Every attorney who has initially taken on her case — and there were several — ultimately dropped the matter once it became clear that the claims were meritless and Ms. Haddish would not be shaken down.

‘Now, the mother has her adult daughter representing herself in this lawsuit. The two of them will together face the consequences of pursuing this frivolous action.’

Spears’ attorney said to Metro.co.uk: ‘He isn’t going to fall for any shakedown.’

A representative for comedy video website Funny Or Die, added to the Daily Beast: ‘Funny Or Die found this video absolutely disgusting and would never produce such content. We were not involved with the conceptualization, development, funding, or production of this video.

‘It was uploaded to the site as user-generated content and was removed in 2018 immediately after becoming aware of its existence.’

Designer Calls Out Sheree Whitfield For Not Paying

Designer Calls Out Sheree Whitfield For Not Paying