Venus Williams decided to pay homage to a throwback hairstyle at the King Richard premiere held on November 14th. According to Allure this wasn’t just any red-carpet look.

The EleVen by Venus founder and tennis legend wore braids decorated in beads, a hairstyle that is all too familiar to the tennis courts she and sister Serena Williams crossed in the ’90s and early 2000s.

At the premiere, Venus’s braids weren’t beaded from root to tip like she used to wear them back in the ’90s, but they sure come close.

This modern-day hairstyle has more of an emphasis on the hair rather than the beads themselves. In fact, the beads are wildly different than the ones she wore back in the day.

Then, she and Serena wore beads in every color of the rainbow instead of the crystal-clear, silver, and black beads that she wore to the King Richard premiere.

A side profile of the look shows that the hairstyle came along with a high ponytail made out of some jumbo braids. 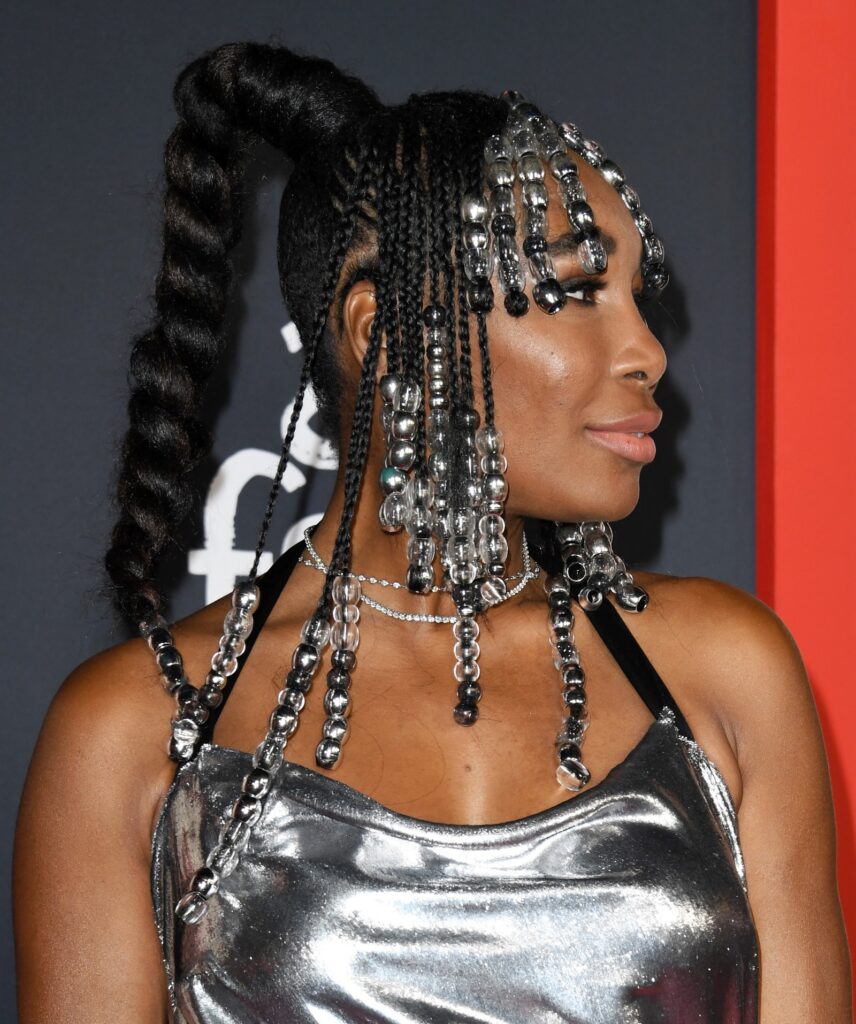 On Instagram Venus made it clear that when she and Serena wore beads, it wasn’t to be different but because it was part of their heritage.

A heritage that many of us can identify with.

She wrote:
When @serenawilliams and I wore our iconic beads, we didn’t wear them to be different, we wore them because they were a part of our heritage.

Beads are a typical style for African American children.

Of course they are worn by adults too for decoration in African American culture but have deep roots in African history.

Beads and braids could be a symbol of your tribe, rank and status, age, religion and much more.

They were and still remain in some areas of cultural significance to both men and women.

Wearing braids and beads unbeknownst to us at the time as children was an opportunity to share our beautiful and rich heritage with the world.

It gave other African American women and children pride to wear their natural hair even before the natural hair movement sprouted decades later.

Wearing a beaded style for the premiere was a representation of my roots. The film is a true origins story.

My hair represented not only my origins as a child in tennis, but also my African roots.

It was a beautiful moment to celebrate it! Thank you to @nikkinelms for making this style come to life! ???

In an interview with Essence, she shared more on why this style is important.