Wendy Williams’ Son, Kevin, Evicted From $2M Miami Apartment After Mom Is “Cut Off” From Her Finances & “Can’t Pay His Rent”

by Teresa Munyiri
in Celebrity
0

It seems like the Hunter house will be in for an unpleasant financial ride now that Wendy Williams doesn’t have the finances to support them.

Now, according to The U.S Sun, her estranged son, Kevin Hunter Jr., has been evicted from his $2 million Miami apartment after he was cut off from Williams’ fortune and unable to make rent.

In documents exclusively obtained by the news outlet, Kevin, Williams’ only child, was hit with a lawsuit seeking almost $70,000 in back rent for non-payment of his Miami apartment since February of this year.

The eviction suit, filed in August, includes a copy of Kevin’s lease, which indicates that Williams paid for a full year in advance and a security deposit and other lease-related expenses.

The former daytime talk show host forked over $100,000 on the apartment for her 22-year-old son for the first year of the lease – which started in March of 2021 and ended the following year in February, with Kevin Jr, agreeing to continue to pick up the payments after the lease term had passed.

According to the suit, which stated the first month of non-payment started in February 2022, Kevin Jr. didn’t uphold his end of the bargain for leasing the apartment.

The U.S Sun previously reported that Williams’ Well Fargo accounts had been frozen in January this year, which lines up with when the overdue rent began to pile up, as mentioned in Kevin Jr.’s eviction lawsuit. Wendy had also accused her son of charging $100k to her American Express card, which he denied. 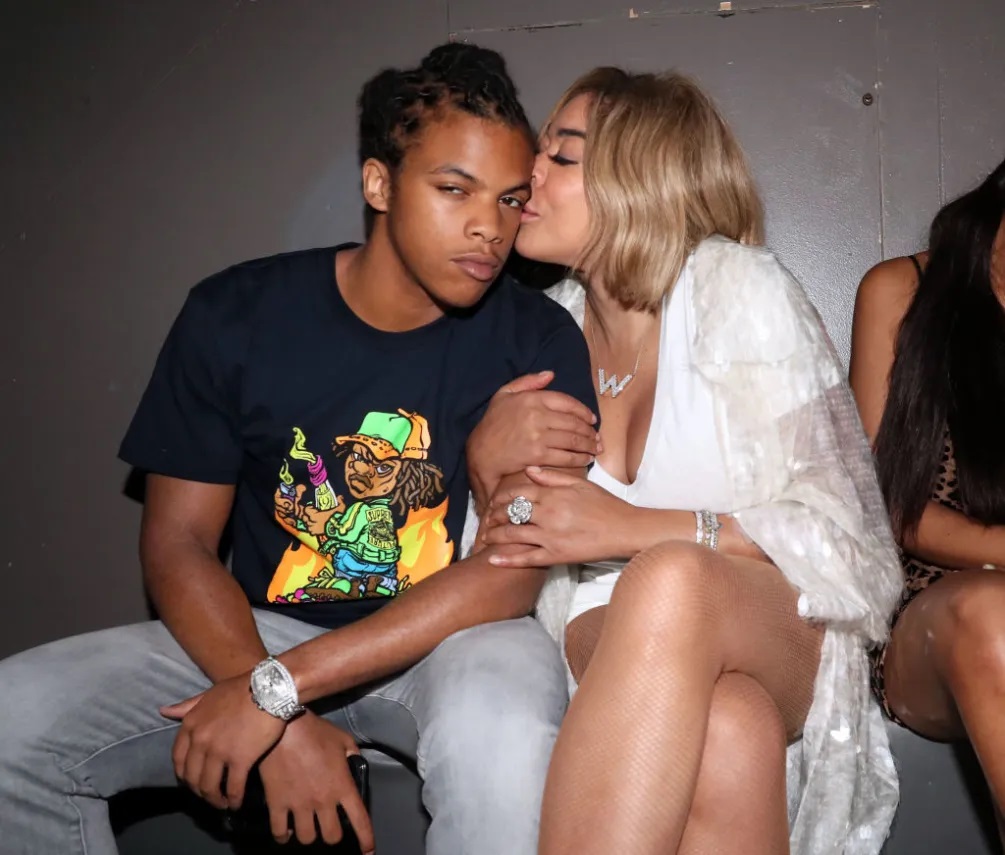 In his response to the lawsuit, Kevin informed the court that his famous mom rented the apartment for him and cited her failing health as the reason for being unable to make payments for the lavish apartment.

He said that as the lease approached the end, “my mom went through some health issues that put the court in control of her finances” and that “all of the financial support that she always gave stopped,” including his housing.

Williams’ son added that he’s currently in school full-time but had to take a full year off due to COVID and take care of Williams.

“…for medical and legal reasons, she has not been able to pay the rent for the past months since the 1-year lease ended and the court controlled her finances,” he continued.

“Everything happened very quickly and unexpectedly, and I had no idea things would end up like this,” he said before adding that he would be moving out on September 7th.

In July 2022, Williams’ brother, Tommy, accused her of not allowing Kevin Jr. to reside in her New York City penthouse.

Tommy also accused the star of abandoning their 91-year-old dad in the same way she supposedly cut ties with her 22-year-old son.

If this doesn’t help explain away Wendy Williams’ failing health and current financial turmoil, we don’t know what will because damn! Everyone, and we mean everyone, depends on her income to survive!

Actress Kirstie Alley Dies at 71 After Battle With Colon Cancer

Keke Palmer Shuts Down Comments About Not Wearing Makeup: “It’s Insane To Say Anyone’s Ugly, But Especially Me.”

Keke Palmer Shuts Down Comments About Not Wearing Makeup: “It’s Insane To Say Anyone’s Ugly, But Especially Me.”