TMZ is reporting that Blac Chyna is a suspect in a battery investigation.

The alleged victim claims Blac Chyna damaged her phone and kicked her in the stomach. 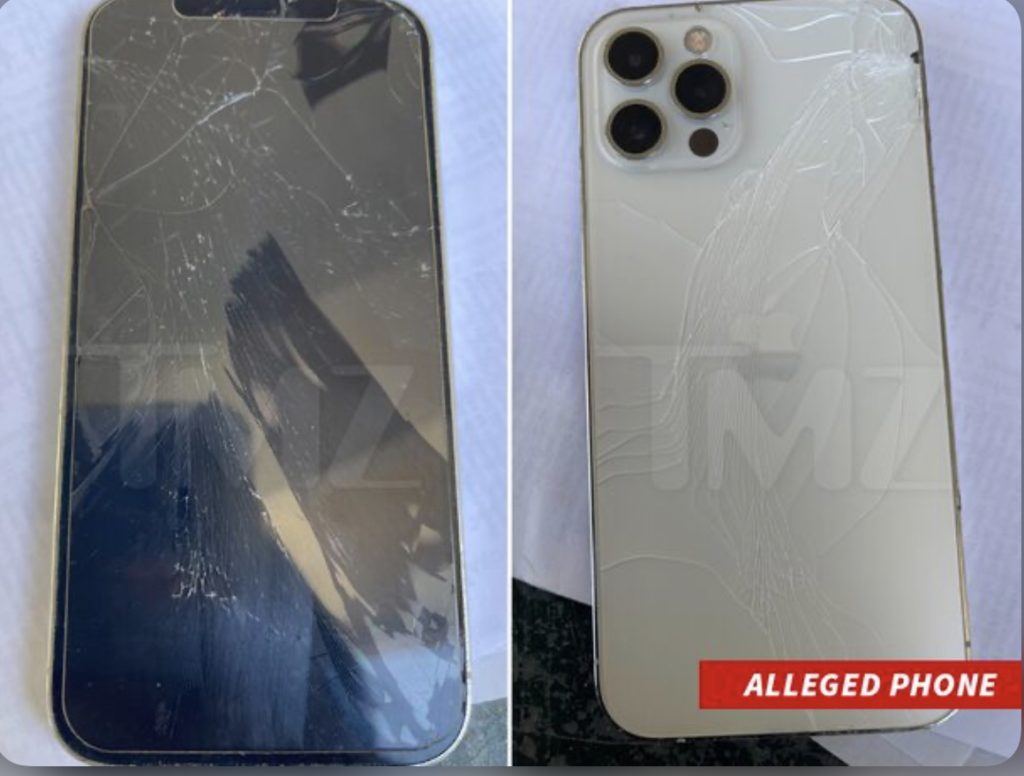 LAPD sources tell TMZ … Blac Chyna is named as the suspect in a battery report filed Friday, and cops are investigating.

The alleged victim, Sequoya King, tells TMZ … she and Chyna got into a verbal dispute which turned physical.

King says the alleged incident went down early Friday morning at a bar in Los Angeles … where King says Chyna took her phone out of her hand and slammed it to the ground, damaging it.

She also claims BC kicked her in the stomach, causing her to fall down.

King says the incident began after Chyna got upset because she believed she was being recorded by people in the bar.

King says Blac Chyna accused her of using her phone to record, an allegation she denied.

According to King … they got into an argument and Chyna took her phone from her hand, smashed it down on the ground and charged at her, kicking her in the stomach.

King says Chyna’s friends pulled her away and got her into a car.

The battery allegations against Chyna come on the heels of her losing a $100 million defamation suit against the Kardashians, in a trial that focused on the alleged violence BC inflicted on Rob.

On Facebook Sequoya said:
For those of you who missed my post earlier this morning, I was assaulted by Blacc Chyna! My phone was snatched by her and destroyed and while trying to defend myself she kicked me in my stomach, I have done everything to resolve the matter peacefully but at this point she has to be exposed !!! Stop doing drugs sis it’s not a good look. I have been disrespected yet still remained humble. It’s not about the money I just want a new phone, and she has to be held responsible for her actions!!! Moving forward I will take all measures to make sure she is not able to do any more bodily harm to anyone else!!! 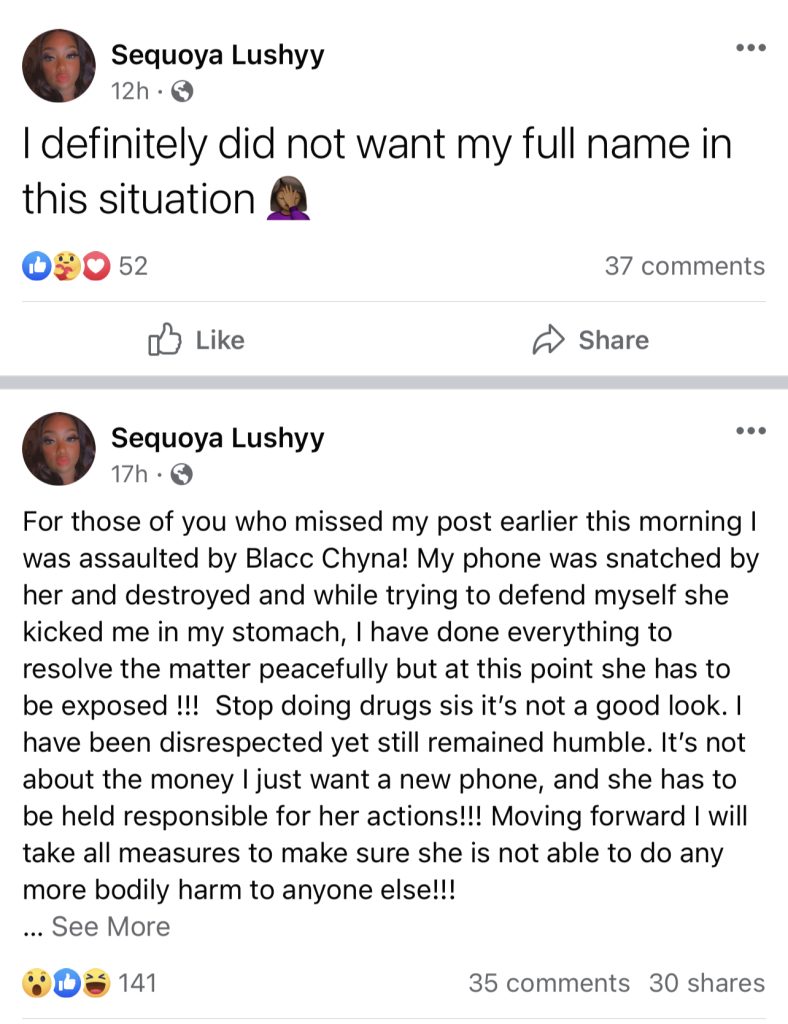