‘Girls Trip 2’ Is Reuniting Full Cast for Adventure In Ghana

by Emily Cottontop
in Movies
0

LET’S GO! The long-awaited ‘Girls Trip 2’ is underway and we cannot be more excited that it is set in Ghana.

According to Variety writer-director-producer Tracy Oliver confirmed that ‘Girls Trip 2’ is officially happening and the entire cast is expected to return.

Oliver confirmed that the ladies of “Girls Trip” will look to attend the Afrochella festival, which has attracted prominent musical acts from the region, including Beyonce collaborate Shatte Wale.

A production timeline is unknown as Oliver still needs to submit her script.

The first “Girls Trip” was a significant box office hit, grossing $140 million worldwide on a modest $16 million budget. Malcolm D. Lee directed the project, produced by Packer and co-written by Olvier and Kenya Barris from a story they conceived with Erica Rivinoja.

It also launched the recently-embattled Haddish into superstardom.

Can they make girls Trip 2 without Tiffany Haddish? 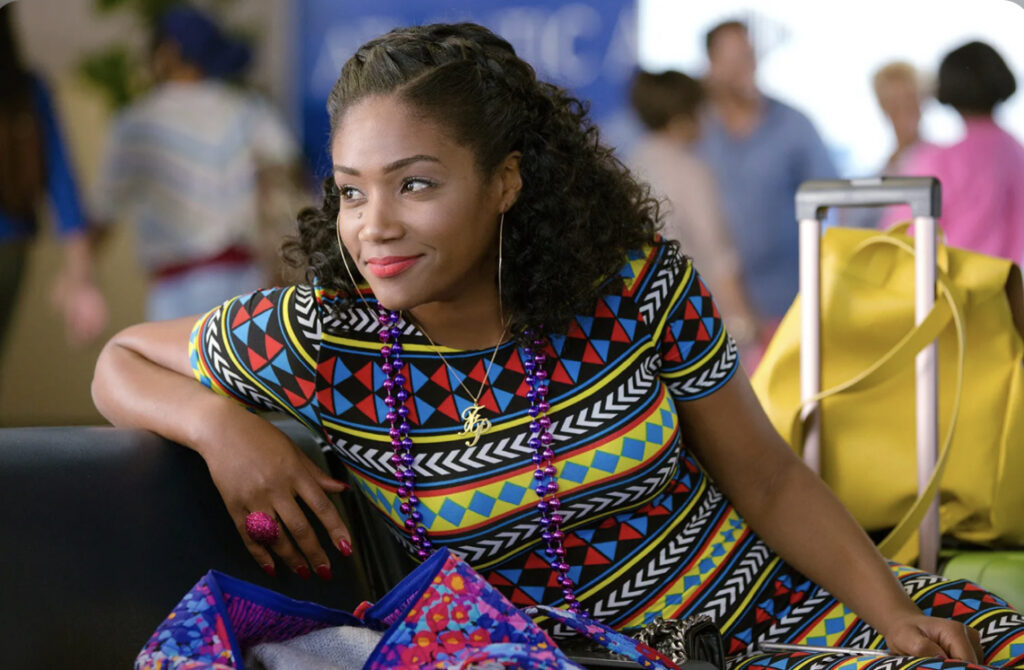 Will Packer addressed this question recently while appearing on Shannon Sharpe’s podcast.

He was clear, there is no Girls Trip 2 without Tiffany.

Tiffany told TMZ that all her gigs had dried up after the allegations of child molestation and abuse.

“I lost everything,” she told a TMZ photographer when she was questioned at LAX airport. “All my gigs are gone.”

They really trying to continue girls trip 2 with Tiffany Haddish like we didn't see the nasty video she did with Aries Spears? pic.twitter.com/10FmKtposV

umm so we gon act like tiffany haddish wasn’t grooming them kids and indifferent to that bw who wanted to unalive herself after tiffany got her mindless fans to attack her ?? yall can keep it.

I understand y'all want them to write out Tiffany haddish out of Girls Trip 2. Let's just not forget she basically made the first movie funny.

Loved Girls Trip. I even watched it twice but I defo don’t want to see Tiffany Haddish in the sequel, especially with the allegations last year. And in my homeland Ghana on top? Please, can they be guided!

Should Tiffany be part of Girls Trip 2?