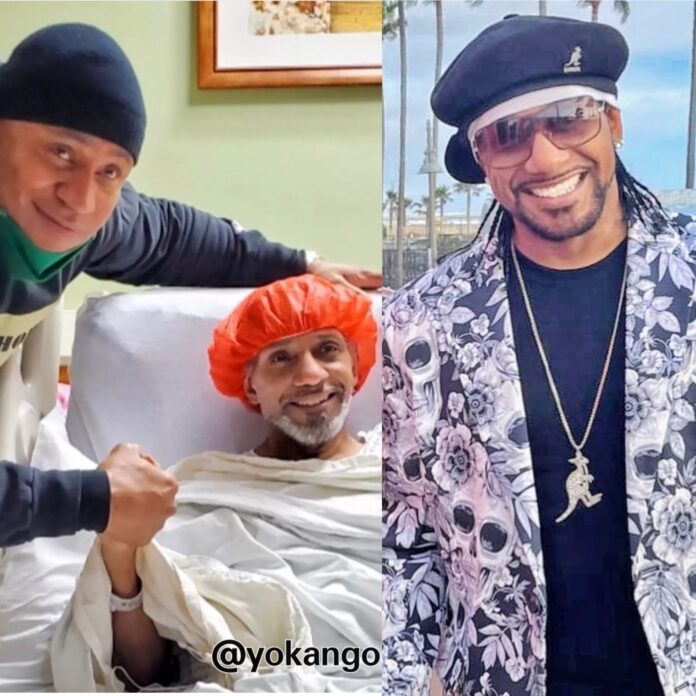 Sadly it is being reported by BET that Kangol Kid, a member of the legendary U.T.F.O., Full Force and a Hip Hop culture pioneer, has reportedly passed away. He was just 55.

Vibe reports that Kangol, born Shaun Shiller Fequiere, succumbed to colon cancer. He had been fighting the disease for months prior to his passing.

After a long battle with colon cancer, UTFO legend Kangol Kid has died. He was 55 years old. pic.twitter.com/bNCWa6ablu

VIA BET – New York City promoter Van Silk spoke with HipHopDX on Saturday (December 18) and was able to confirm his death.

“I’m hearing Kangol passed,” he wrote via text. “I was on with Mix Master Ice last night. Trying to find out. RIP KANGOL KID. He passed at 3:02 a.m. My prayers go out to my brother who fought a battle of colon cancer at Stage 4.”

Silk added: “Early on, we discussed our fight with this disease because my fight with colon cancer is stage 2. He told me it had spread in October. I encourage all to get your prostate and colon checked. May my brother Kangol Rest In Heaven.”

Kangol Kid had received a Stage 4 cancer diagnosis in February and immediately started chemotherapy. While he put up a valiant fight, his condition grew increasingly worse over the last few months. In October, Kangol revealed he’d been hospitalized and needed more surgery.

Originally a breakdancer, Kangol Kid made his breakout in Hip Hop as a member of the group U.T.F.O., which during the mid 1980s was one of the most popular rap and breakdance acts in the country.

Repost from @og_legacy_official
•
Sad news this morning, several Hip-Hop OGs have given the word that Kangol Kid has passed away. His work with U.T.F.O. In the mid 80s was a huge boost for Hip-Hop as the art form began to take hold across the globe. #kangolkid #ripkangolkid pic.twitter.com/R8jOcMf4WZ

Wow… I’m waking up to this awful news.. I spoke on Kangol’s fight with CANCER a couple of weeks ago.. He was a good friend and a True HipHop Legend.. My sincere condolences to his family… Life is Precious and Fragile.. RIP #UTFO https://t.co/XScYOLqGlJ

Kangol Kid has left us. For a lot of fans pre-rap’s golden age he and UTFO were gateway drugs to hip-hop obsession. They had an old school ON WITH THE SHOW! mentality when it came to performing. The MC’s could dance, dancers could rhyme, DJ. Beyond “Roxanne Roxanne.” Godspeed. https://t.co/zBtqLfdhAW

KANGOL KID COULD WRITE THE SONG, ARRANGE THE VOCALS, PRODUCE THE SONG, PLAY THE KEYS, DO BACKGROUND VOCALS, WRITE RHYMES & IF NEED BE? DO CHOREOGRAPHY ON TOP OF IT ALL. We lost a trailblazer, pioneer, change agent & a true legend in music.