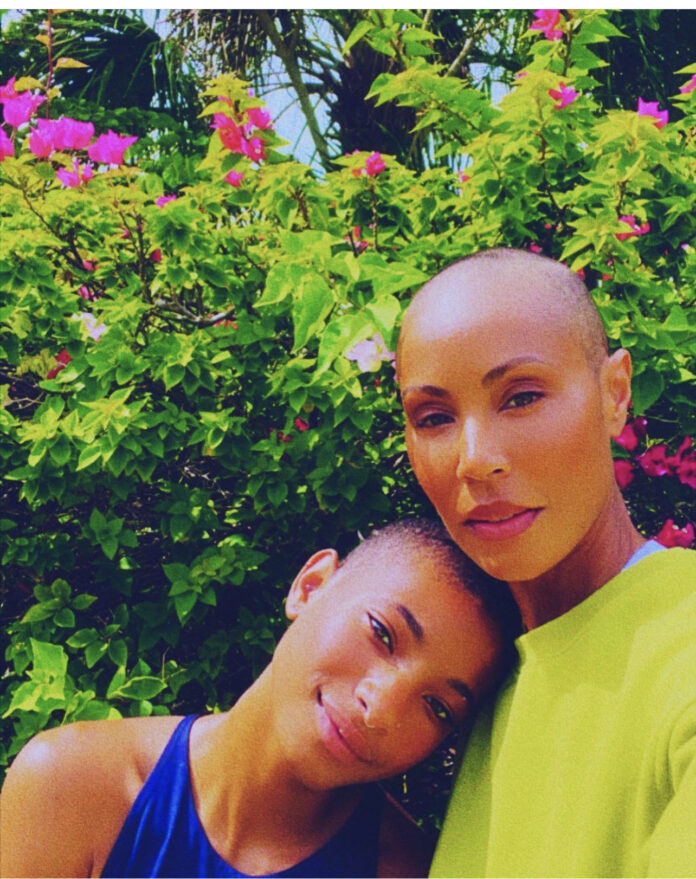 In a very transparent and vulnerable post, Jada Pinkett Smith took to Instagram sharing a picture of a freshly shaved head.

She said that she cut her hair and that with the help of her daughter encouraging her, her fifties will be divinely lit.

Jada has been suffering from hair loss for some time now, sharing with the BBC in 2018 that she first noticed it after hands full of hair would come off in the shower.

“I’ve been getting a lot of questions about why I’ve been wearing this turban,” said the US actress, 46.

“Well, I’ve been having issues with hair loss. And it was terrifying when it first started.”

Doctors have not identified a cause but Smith believes it may be stress-related.

The Girls Trip star says she first suspected she had the hair loss disease after “handfuls of hair” came loose in the shower.

“I was just like ‘Oh my god am I going bald?’ It was one of those times in my life where I was literally shaking with fear,” she explained. “That’s why I cut my hair and continue to cut it.”

Smith admitted she finds her hair loss “difficult to talk about” as taking care of it used to be a “beautiful ritual”.

However, she said, the fate of her body lies in a “higher power” and that accepting it has helped her find perspective to deal with the emotional impact of alopecia.

“People are out here with cancer, with sick children… I watch the higher power take things every day,” she said, adding her hair loss pales by comparison.

“When I looked at it from that perspective it did settle me.”

As a result of the physical changes, Smith begun wearing scarves on her head, which she said act as an empowering fashion choice.

“When my hair is wrapped, I feel like a queen,” she said.

This is what Willow shared on Instagram:
a gift is pure when it is given from the heart to the right person at the right time and at the right place, and when we expect nothing in return

Then Jada followed up with a post of her own, sharing:
“Willow made me do it because it was time to let go BUT … my 50’s are bout to be Divinely lit with this shed”