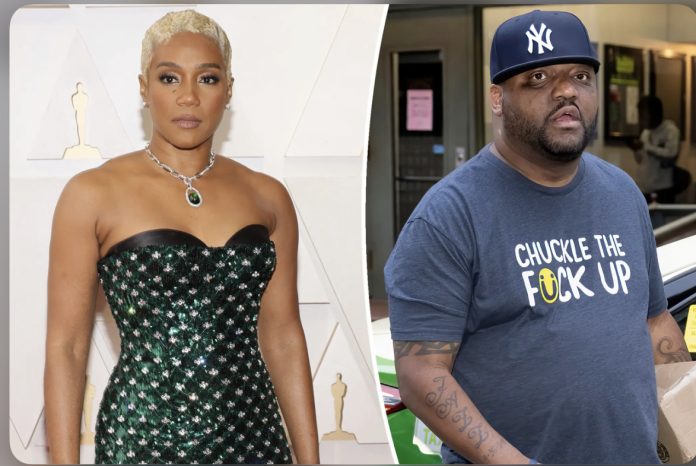 Looks like Tiffany Haddish and Aries Spears are no longer fighting a child molestation lawsuit.

According to an exclusive with TMZ Jane Doe who filed suit has now dismissed it for good.

Per new court docs, obtained by TMZ, the plaintiff asked the judge to dismiss the case with prejudice … meaning it cannot be refiled again.

The woman who sued both of them has also issued a statement, saying …

“My family and I have known Tiffany Haddish for many years – and we now know that she would never harm me or my brother or help anyone else do anything that could harm us. We wish Tiffany the best and are glad that we can all put this behind us.”

The Jane Doe did not have anything to say about Aries in her remarks — who was also accused of some pretty heinous stuff in the suit — but he’s also in the clear.

In the lawsuit, the alleged victim claimed both she and her younger brother were used by Tiffany and Aries to film scenes/skits that, when looking back, were wildly inappropriate — and which Jane Doe suggested was meant to sexualize them.

Jane Doe alleged Tiffany had her film a scene where she simulated oral sex with a sandwich — and also claimed her brother was used for a skit with Aries in which he was the subject of a pedophile’s fantasy.

At first, Tiffany and Aries called the whole thing a shakedown, vowing to prove their innocence. However, TH later said she regretted being part of the sketch.

On Tuesday it was reported that Tiffany and her accusers “have worked out a deal privately,” adding that they have also “blocked the public from seeing the original complaint.” It is said to have been Tiffany’s decision to take the matter to the federal court, where documents were sealed due to ‘numerous photos of seven-year-old John, in a compromising situation.’