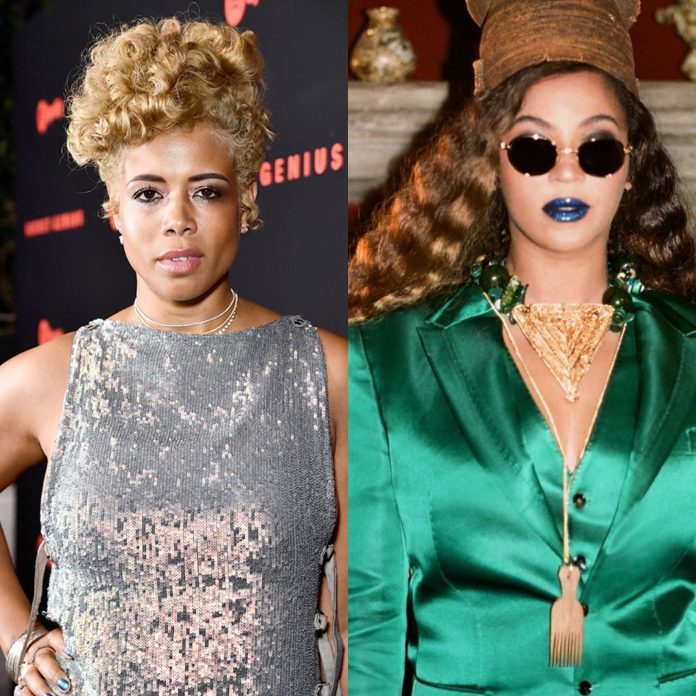 Looks like Kelis is pretty upset with Beyonce after learning that she was featured on her upcoming album “Renaissance”.

On Instagram, she accused Beyonce of ‘theft’ claiming that she has ‘no soul or integrity’.

“My mind is blown too because the level of disrespect and utter ignorance of all 3 parties involved is astounding, I heard about this the same way everyone else did. Nothing is ever as it seems, some of the people in this business have no soul or integrity and they have everyone fooled.”

Kelis continued her rant when she responded to someone who said this was the collab we needed.

Kelis responded: “admire is not the word.”

Beyoncé’s “ENERGY” will sample “Get Along With You” by Kelis. pic.twitter.com/RjQ52FrSzs

Now the Beyhive is on fire according to RadarOnline they immediately unloaded on the singer following her accusations about their beloved leader.

“Beyoncé could of left Kelis name off it. Instead, Bey put Kelis’s name on the list of sample credits. Some hoes don’t deserve nice things. Kelis doesn’t own her masters. FACTS. Kelis needs 2 take up her misplaced anger with her former label,” one person wrote.

“Kelis is well within her right to be mad, she’s just like….mad at the wrong person,” commented another.

“Kelis did not write, produce nor does she own the song (as you have stated) so there really isn’t much of a case in this. There’s nothing complicit in getting permission from the actual creator of the song. Please,” shared a third Beyhive member.

Beyoncé gave Kelis Credit for a song she didn't receive credit on when the song was released because she didnt write or produce the song.Beyoncé was the first and only one to give Kelis credit for the song, now she will receive financial benefits because of Beyoncé "exploitation" https://t.co/ynKngnz0Qm

Kelis getting mad at Beyoncé for an unapproved sample, meanwhile, Beyoncé gave Kelis a song writing credit on the song that she didn’t even have ORIGINALLY.

It’s not Beyoncé’s fault that Kelis doesn’t own the rights to her music. Nobody has to go through you, girl. Nobody has to ask for your permission. Now, gone and sauté something nih.

Beyoncé could of left Kelis name off it. Instead, Bey put Kelis’s name on the list of sample credits. Some hoes don’t deserve nice things. Kelis doesn’t own her masters. FACTS. Kelis needs 2 take up her misplaced anger with her former label. #Renaissance is coming, Kelis is a…. pic.twitter.com/fuzf5ewllS

beyoncé didn’t do anything wrong so idk why kelis is mad at her. LEGALLY beyoncé did the right thing. i’m sorry 😭pharrell is the one that’s not ethical, he need to pay kelis what he owes her

I thought we loved Kelis? It’s fuck her when it comes to Beyoncé or sumn? She bout to get the Keri treatment? What’s tea pic.twitter.com/CLfuMVGoDw

And what protection is Beyoncé receiving from Kelis’ misplaced anger? Did Beyoncé do something illegal or incorrectly? No. It’s only protect black women when it’s not Beyoncé. https://t.co/m5OUKlBp3N

Sampling her work without permission and the persons getting paid is Pharrell and Beyoncé not Kelis – I’d be outraged as too. It’s always uplift and protect Black artists until it’s Black artist being scammed by Black capitalists they worship. https://t.co/9KUmoaFwtu

and then she said:
I just heard the record everyone is saying has my sample . But it’s beyond this song at this point . This was a TRIGGER for me . Milkshake alone is one of the most licensed records of our generation. I am a creator , I’m an innovator, I have done more then left my mark on an era of music and style that will go down in history . But there are bully’s and secrets and gangsters in this industry that smile and get away with it until someone says enough is enough . So I’m saying it today . I’m coming for what’s mine and I want reparations . Peace .