I think we have all collectively agreed as a society that children are off limits…. at least most of us.

Rapper 50 Cent was slammed by lil Kim on Thursday night because he thought it was cute to not only mention her on his Instagram but to call out her child as well.

QGTM @nickiminaj you better light her ass up i’m watching. she said something about the baby, ‍♂️her baby eye fvcked up. LOL 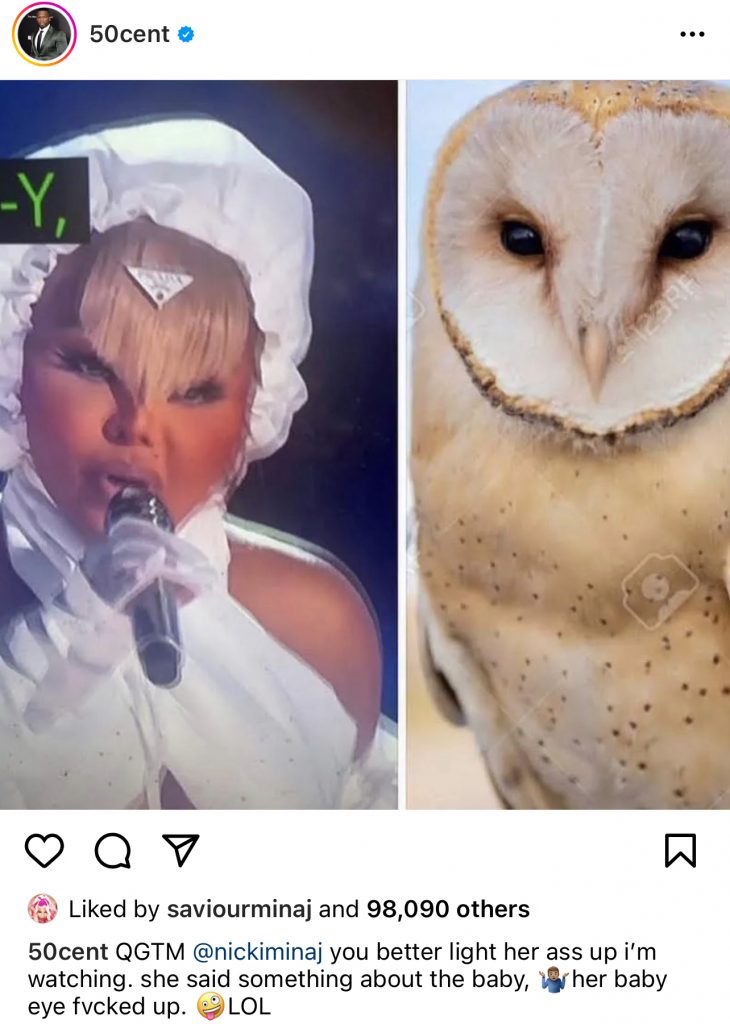 Lil Kim is in the middle of promoting her recent collaboration with rapper Megan Thee Stallion and after delivering a fire verse for the song Plan B, people were wondering if the long time rapper was talking about Nicki Minaj in the lyrics.

Kim took to Instagram to clear things up and also sent a direct message to 50.

Saying in part that she never said anything about anyone’s child and that using the song as an excuse to take digs at her child is gross.

She also said sadly that she is one of the most disrespected legends in the game. 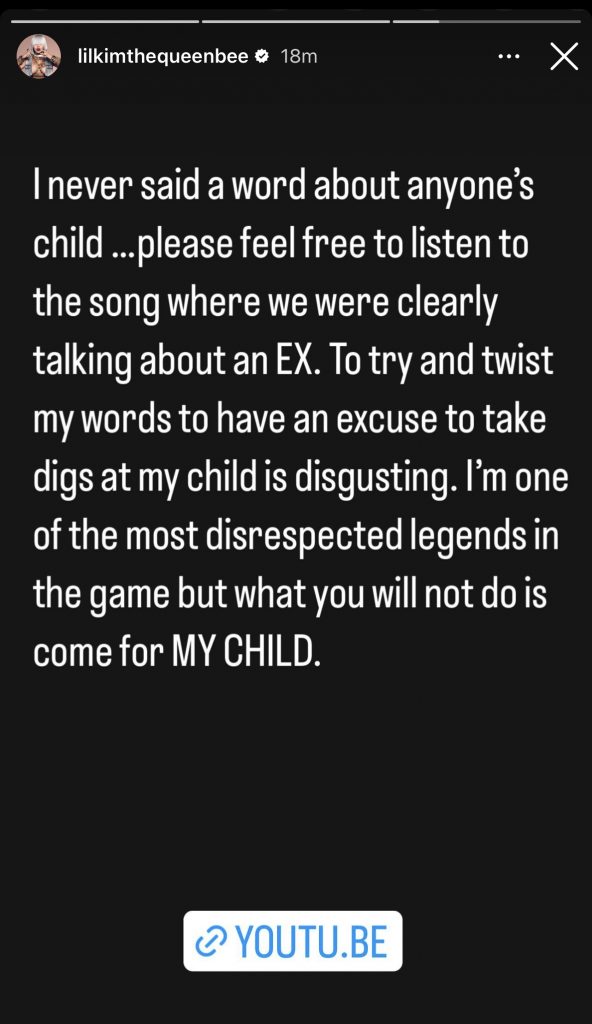 The verse that is causing 50 and others to lose their mind on the song is:
“N*gga, you’s a bitch, your father’s a b*tch, your brother’s a b*tch/Keep acting like this and your son gon’ be a b*tch,”

For reference, this is Lil Kim’s line in the ‘Plan B’ remix that 50 Cent somehow twisted into being about Nicki Minaj and her child…. She’s clearly speaking about an ex, because that’s what the song is about… exes. DID Y’ALL EVEN LISTEN TO IT? pic.twitter.com/PI0dWWSrgt

50 Cent takes shots at Lil Kim AND her child for absolutely no reason while suggesting Nicki Minaj needs to respond to her ‘Plan B’ Remix. This is disgusting.. especially considering she didn’t say anything about someone’s child pic.twitter.com/DfCApBmO8W

Lil Kim isn’t talking about Nicki Minaj She’s talking about a A MAN. The Dj mixed and muted so it sounds like a diss internet take a inch and turn into a mile. #PlanB #LilKimxMegan #lilkim

50 Cent brought up Nicki Minaj’s son AND Lil Kim’s daughter, but instead of attacking the man speaking on children y’all are doing mental gymnastics to make what he said true for the sake of stan shit

Listen to Plan B the remix for yourself below: