Remember back in the day when astrology was really only popular as a quirky interest or hobby? You’d open up some random magazine or newspaper and flip to the horoscope for your sign, take what it said at face value, and go on with life without a second thought.

This time around? Girl. They’re talking about extra planets, all the signs, and something about a birth chart that tells all your business. Well, that’s not exactly what it is, but close!

A birth chart is an astrological map of what was going on in the sky the exact day, time, and place you were born. As far as astrology is concerned, it’s the key to knowing yourself—mind, body, and soul— better than you ever have before. 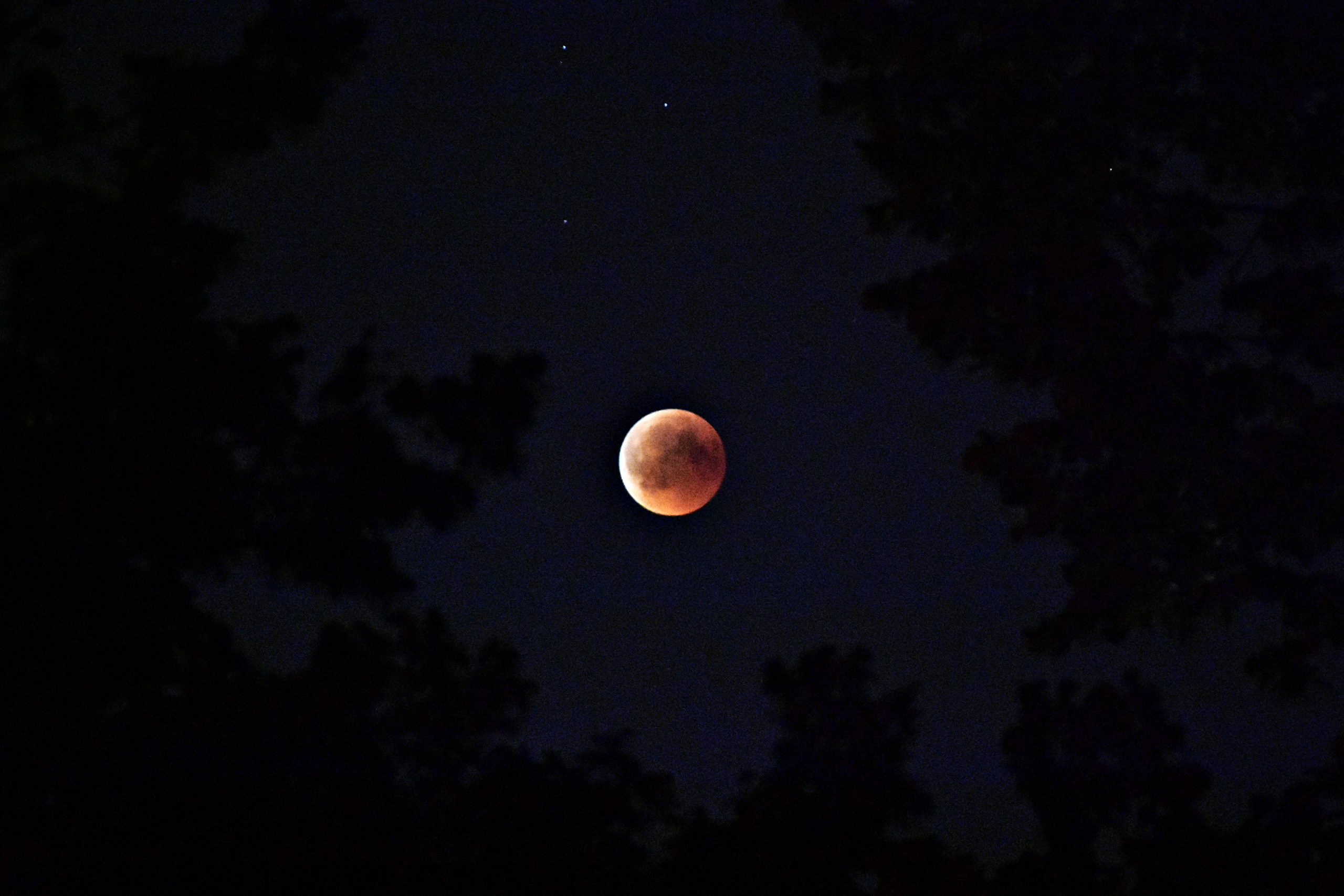 Mainstream astrology teaches us about our sun sign long before we learn anything else. Everyone knows when they’re a Libra, Taurus, Sagittarius, or any other one of the 12 signs, but did you know that’s only one important aspect of your personality?

Along with the sun, there is also the moon and your ascendant, also known as your rising. All of them help make up different, but equally important, parts of your personality.

The sun is your self-esteem, personality, and overall life force and path. It’s the part of you that sets the foundation for the rest of your identity. It’s the core, and without it, there is no light for anything else to reveal itself under.

In some ways, it also rules over your relationship with your father and other key men in your life. It’s a luminary that leans into masculine energy, so there’s a lot of willpower, vitality, and a sense of drive associated with it.

The moon is different from the sun because it rules over who you are innately. It’s not the most visible part of your personality, but it’s the part that’s a natural expression of your emotional body and subconscious.

In astrology, the moon traditionally rules over your family and upbringing; significant women in your life; emotional expression; and what makes you feel at home.

The ascendant, or rising, is an angle that acts as the world’s first impression of you. It rules over surface level things such as your physical appearance, mannerisms, and the first layer of your personality before people really get to know you.

For a basic understanding of your big three, look at the signs they’re in. For example, you can have a Cancer sun, Libra moon, and Capricorn rising—all of em carry a different meaning, but ultimately make up the core of your personality.

Familiarize Yourself with Planets and Houses.

So, we’ve talked about the big three, but if you’re looking at your birth chart, you’re probably wondering why you need all of those other planets.

Well, the short story here is that the remaining planets also make up different parts of your personality and life as a whole.

Likewise, all 12 “houses” in astrology represent key parts of life. The signs and planets that fall in said houses are what we use to get a deeper look into your personality, habits, background, and even possible future events.

To simplify things even further, some astrologers believe that houses also align with each planet. This means that each house carries the same energy as their associated planet. This is a useful way to remember what the houses are all about. Here they go:

Now that you have this information in your back pocket, check out this super helpful (and accurate!) astrological cheat sheet explaining what each house is about: 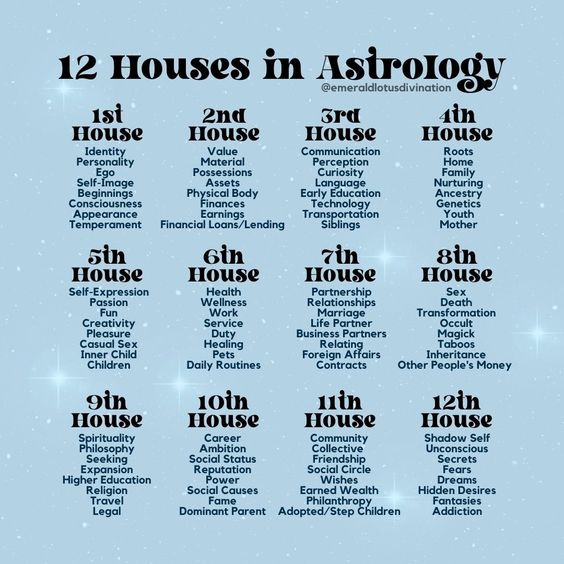 Take a brief look at aspects in astrology.

Aspects in astrology are a more complex concept that will ultimately take more than just a blog post to learn. But in short, aspects explain how one planet interacts with another within your birth chart, and how that influences you.

Let’s look deeper into this concept by dissecting an aspect that may be in your birth chart: Moon in Cancer square Saturn in Aries.

Now we know that the moon rules over your mother, emotions, upbringing, home life, innate behaviors, and what makes us feel comfortable or “at home”.

We also know that Saturn is all about structure, limitations, responsibilities, and everything that is based in reality and pragmatism. It’s basically the antithesis of what we know the moon represents, isn’t it?

Now, here’s an aspect: the square. A square is a difficult aspect that forms between two incompatible signs that sit at 90 degrees from each other. It causes challenge, tension, and most likely is the part of your chart where you can turn obstacles into opportunity.

With this in mind, think about what a Moon square Saturn could be interpreted as in astrology. Here are a few examples:

There are so many ways your birth chart can play out, but as you get familiar with astrology and all of the elements of it, you’ll be able to get better at it in no time.

Just remember: practice makes perfect, googling placements and aspects will be your best friend, and don’t forget that learning should always be fun, even when it’s challenging!

Here’s How To Work Self-Care Into A Busy Schedule, The Realistic and Healthy Way