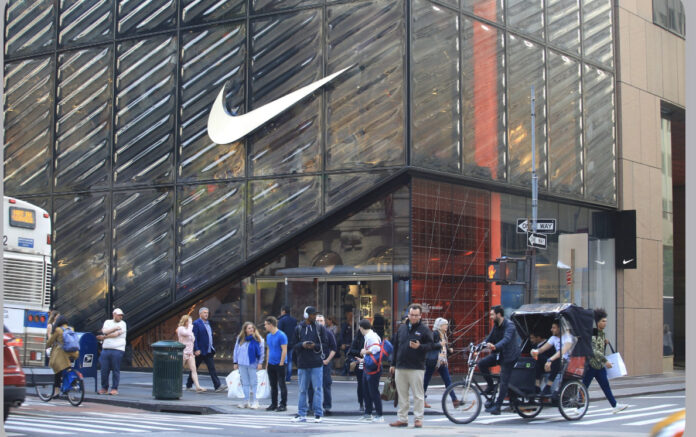 Nike, is not playing around with the vaccination. According to reports they plan to fire all unvaccinated employees this weekend!

The company, which has had a vaccine mandate in place since October, will fire unvaccinated employees who have not received a medical or religious exemption on Saturday, Jan. 15.

“You failed to complete the verification process and our records show that you do not have an approved (exemption),” reads an e-mail sent to a Nike employee last week.

“As a result, you are not in compliance with the Policy and your employment is scheduled to be terminated on Saturday, January 15, 2022.”

Columbia Sportswear will make a similar move beginning Feb. 1 according to the same report. Nike nor Columbia have issued statements in response to the report at the time of this writing.

Originally, Nike planned to have employees return to work on Jan. 10 on a hybrid schedule, but those plans were scrapped and a new return date has not been announced.

“We do believe over time that with innovation and a strong brand, we want to go to a hybrid model,” Nike CEO John Donahoe said during last month’s earnings call.

“As you know, in the United States we have mandated vaccines and have a very high response rate to that.

So we’re ready to come back in a hybrid work environment when that’s safe.”

Nike’s bold approach to vaccine mandates will likely be met with some resistance and legal pushback.

However, although sweeping government mandates are being held up due to legal challenges, legal scholars seem to be aligned in the belief that private employers can adopt mandates regardless of the court ruling.

There are a variety of opinions about Nike’s decision on Twitter, here are a few:

So when all the unvaccinated employees are gone, and covid is still infecting Nike employees… what happens?

@Nike plans to fire unvaccinated employees. Just do it. ✔️

Nike is reportedly going to start firing employees who haven’t been vaccinated against COVID-19 on Saturday, January 15, 2022.

Yet, the company is still selling @KyrieIrving shoes who is unvaccinated and a @Nike sponsored athlete. pic.twitter.com/dU4nB24qj3

I hope adidas hires em all

Nike firing the unvaccinated you say??? Lemme get my CV pic.twitter.com/NGlMgIm6wV

What do you think about Nike’s mandate? Comment below!