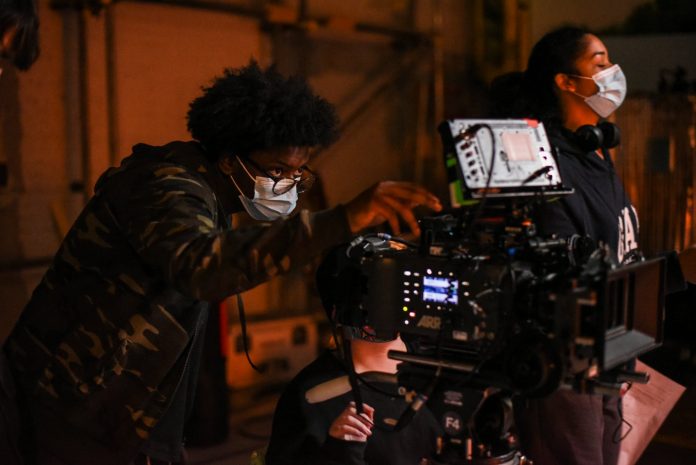 The business, in this case, is Ghetto Film School, an award-winning nonprofit.

It has received significant backing from big-name Hollywood stars like Yara Shahidi and Issa Rae.

The nonprofit is now increasing its efforts after getting its first Black woman CEO: Montea Robinson.

In an interview with Variety, Robinson revealed that the organization is now giving its students a camera to shoot with, whether or not they can aim a camera or write a script.

The goal for Robinson is to show students how to be complete filmmakers to understand what’s involved in making their stories.

They will also come away with a solid foundational knowledge of how to make a movie.

Robinson aims to increase the nonprofit’s influence and reach as she focuses on developing and generating career opportunities for students.

She also plans to increase the accessibility of Ghetto Film School’s programs and strengthen partnerships with the industry.

Before her current position, Robinson was the program director of GFS.

She led their 2016 educational curriculum and forged partnerships between GFS and Make Make Entertainment, NYU, and Dolby.

During this time, the nonprofit also received funding worth $500,000.

In 2018, Robinson was promoted to executive director.

She got increased control over fundraising efforts and hired more staff to teach their students in this role.

During the pandemic, she formed partnerships with Netflix, Sony Music, and Dolby so that students could still learn virtually.

Robinson has clearly earned her current position and is a significant asset to the institution.

With all the work Robinson has done for Ghetto Film School thus far, she will inevitably lead the nonprofit to greater heights.

That’s precisely why stars like Issa Rae are backing her.