According to an exclusive with People… After getting married in a traditional Nigerian native law and customary ceremony on Friday, the Real Housewives of Atlanta alum and businessman tied the knot again in a second, American wedding on Saturday.

As Williams walked down the aisle in a white lace Frida ballgown with her brother Hosea Williams III, singer Tasha Cobbs Leonard sang “For Every Mountain” with a gospel choir and 40-piece orchestra.

Though they also had a ceremony the night before, the couple waited to exchange their wedding bands until they met each other at the altar on Saturday.

“We call each other ‘hubby’ and ‘wifey’ all the time, but now it’s going to be official, so I think I’m going to cry,” Williams said. “Simon says he’s not going to cry, but he’s cried at home when we just talk about our relationship, so I think he’s going to cry. I think we have a silent bet.”

In order to win the “silent bet,” Guobadia said he’s going to bring “sunglasses” with him to the altar.

“Crying? No, that doesn’t happen to a Benin man!” joked Guobadia, who grow up in the Benin City of the Edo State of Nigeria.
Standing by the couple’s side on the big day was Williams’ bridal party, consisting of her sister Lauren, who served as her maid of honor, her best friend Shamea Morton, who served as her matron of honor, and her bridesmaids.

After the ceremony, Williams changed into a gown by Albina Dyla for their reception ball held at the St. Regis Atlanta. The space was decorated in cream and nude colors. There, guests were also treated to a surprise performance by the R&B group Dru Hill.

“I really wanted to hear the song ‘Beauty Is Her Name,'” Williams said. “I have always thought about having on a wedding dress and dancing to it. And then my husband would say, ‘Beauty Is Her Name.’ I love Dru Hill and am so glad the whole group is back together.”

Williams said the cake at the reception was going to be “so tall” that she’d need a “sword” to cut it.

“If extra was a bride, it’d be me,” she said with a laugh. “I promise you I did not know that I was this extra.”

Throughout the remainder of the night, Williams changed two more times: first, for the bouquet toss, and then again for the after party. For each outfit, she also changed her wigs, all by her brand Go Naked.

Porsha Williams Shares Photo of Fiancé Simon Guobadia’s ‘Very First Tattoo’ Featuring Her Name
Like they did on Friday, the couple asked for guests to go unplugged for the duration of the celebration.

“It’s important for me because I’ve had another big event in my life before, and all I remember seeing was flashing lights and pictures being taken every single minute,” said Williams, who was previously married. “I just really want people to be in the moment.

Williams and Guobadia’s Friday ceremony was all about celebrating the couple’s shared Nigerian ancestry. At the Four Seasons Atlanta, they were joined by 250 guests. 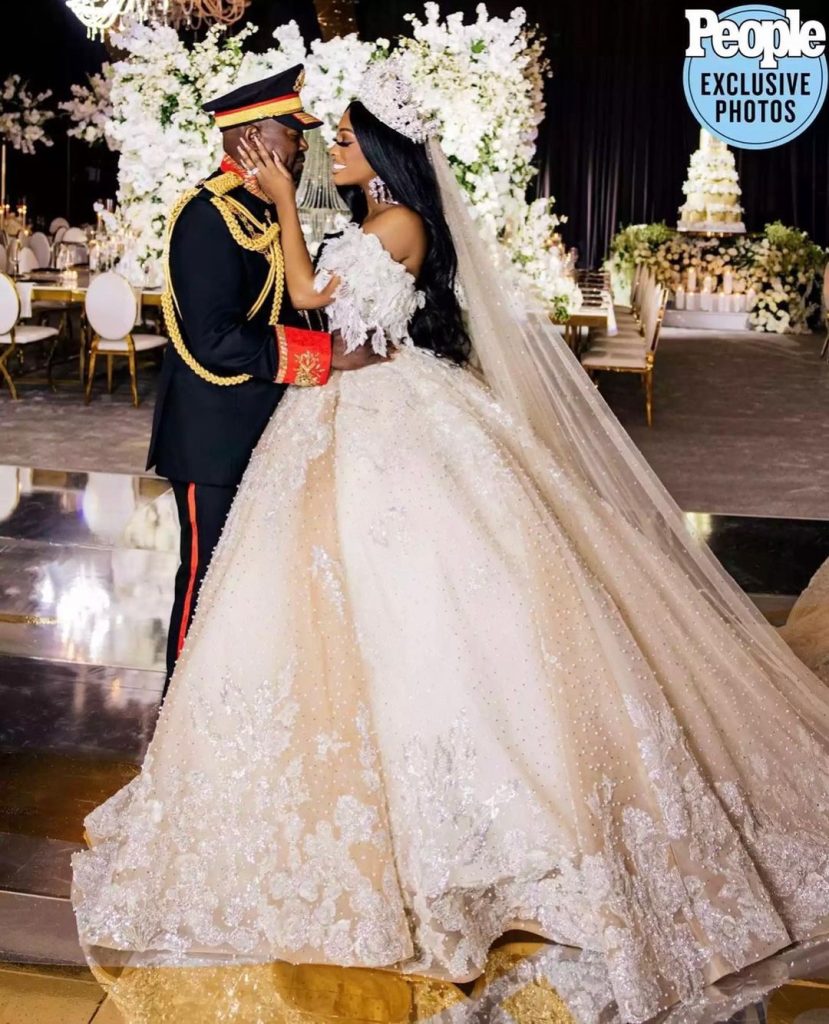 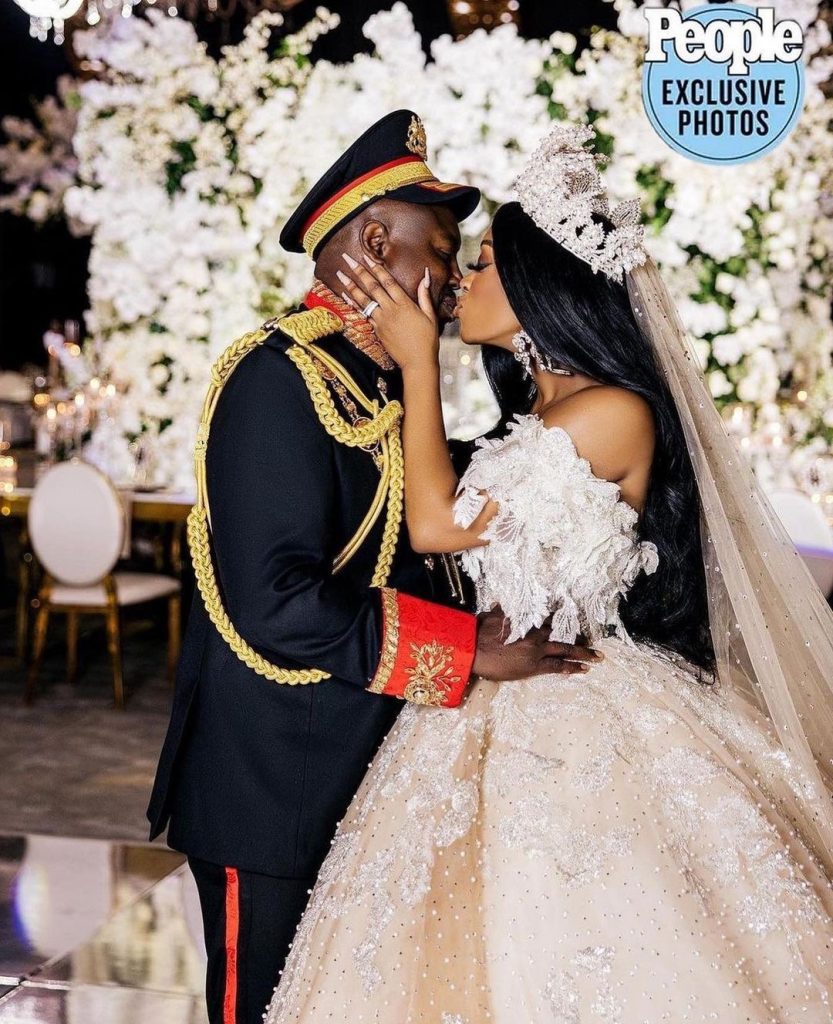 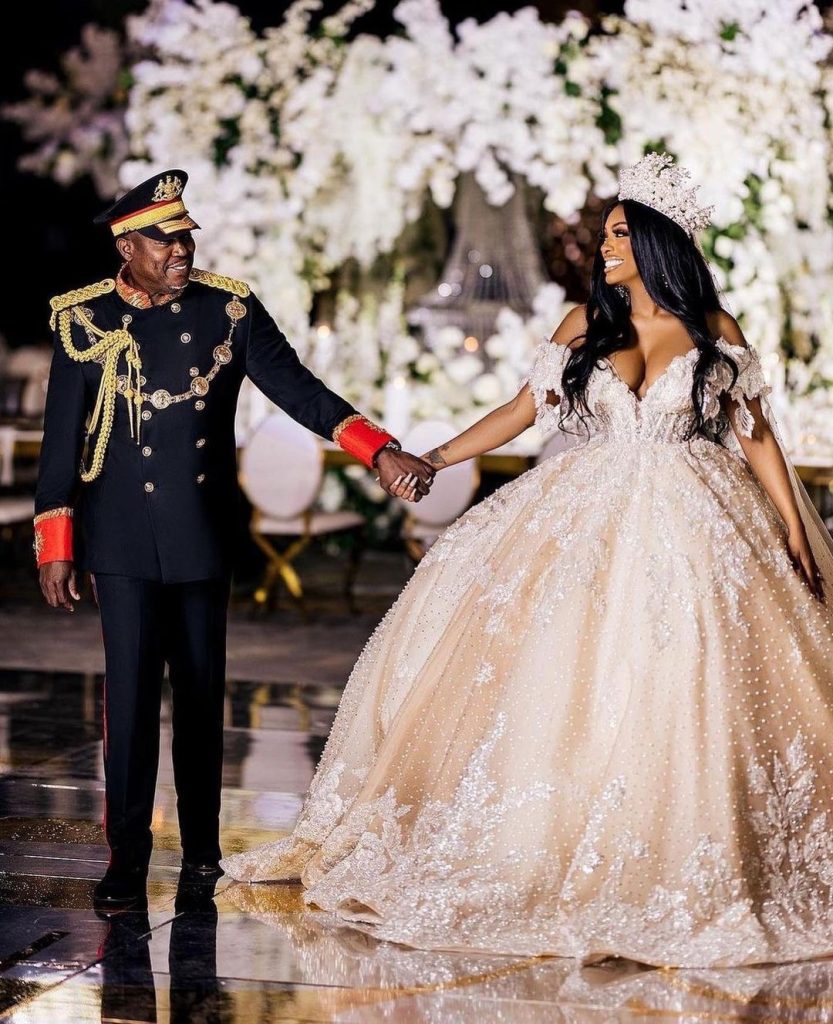 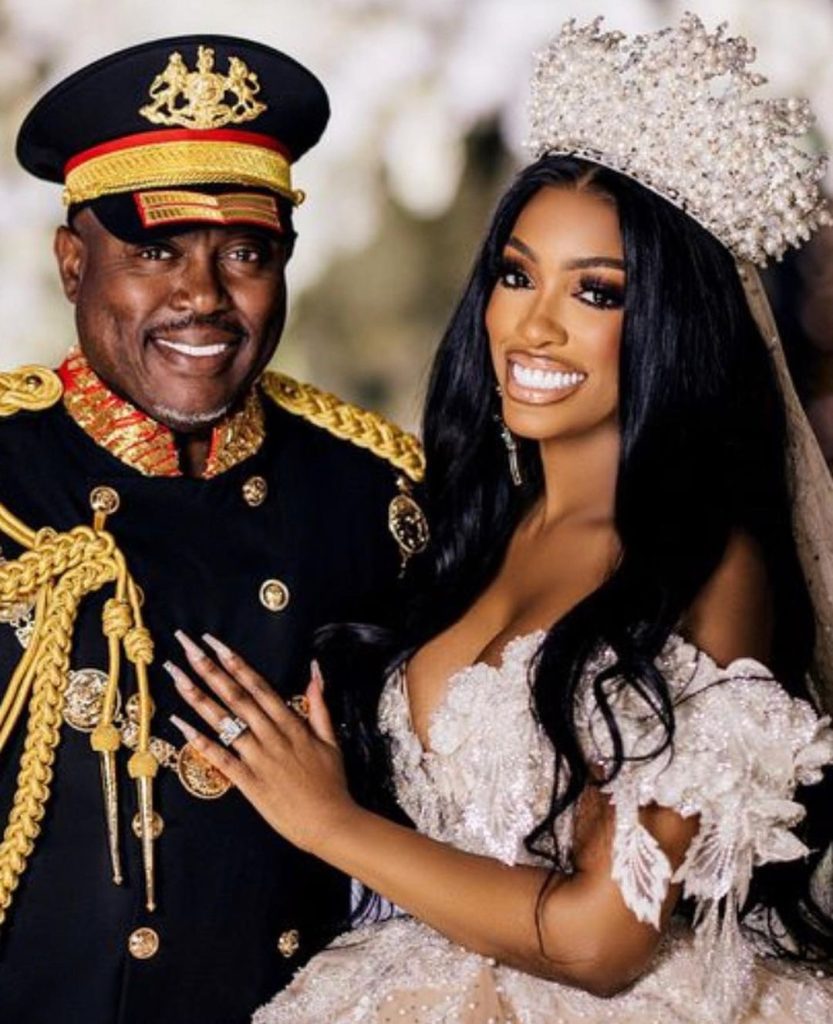 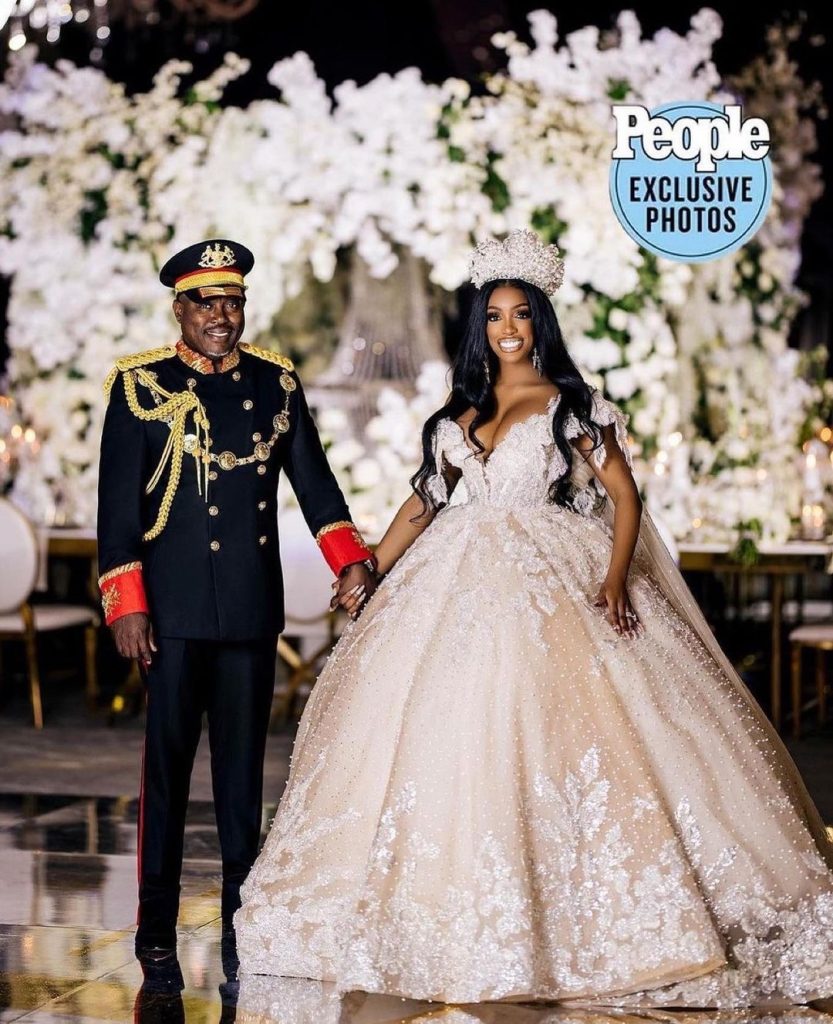