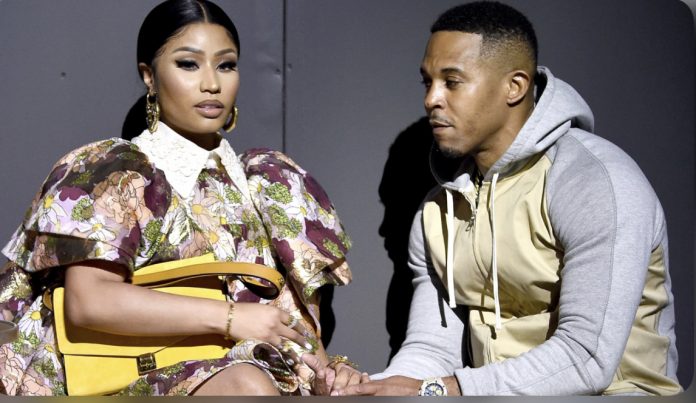 Nicki Minaj’s husband Kenneth Petty doesn’t look as if he will be escaping jail time, though time and money will tell.

According to: HotNewHipHop
Nicki Minaj’s husband Kenneth Petty is currently in the midst of a huge legal fight. Months ago, Petty pled guilty to failing to register as a sex offender in the state of California.

Back in 1995, Petty was convicted of an attempted rape in New York which forced him onto the sex offender registry in that particular state.

The terms of his conviction state that no matter where he lives, he must register as a sex offender there. Once he moved to L.A. with Nicki, he stopped keeping up with that stipulation, and it is now costing him dearly.

According to TMZ, Petty is going to be sentenced on July 6th, and prosecutors are going hard in terms of their jail recommendations.

While Petty is hoping to escape jail time in favor of at-home confinement, prosecutors believe this would be Petty getting off easy.

In court documents, prosecutors say Petty lives in a gated community and that Nicki’s house is simply too nice for house arrest.

With that being said, prosecutors are now asking for a 15-month sentence that would then be followed by five years of supervised release.

They are also looking for Petty to pay $55K in fines.

Needless to say, prosecutors are not messing around here as they truly believe that Petty is trying to skirt punishment by indulging in a lavish lifestyle.