In a new interview, Platinum recording artist Sparkle is sharing how it felt for her to finally hear that R. Kelly was being convicted.

According to THE CUT Sparkle, whose real name is Stephanie Edwards, has been trying to convince the world that Kelly sexually abused her teenage niece.

Sparkle first introduced her then-12-year-old niece to Kelly in 1997 — a decision that still haunts her to this day.

Back then she’d thought, who better to help launch the aspiring tween rapper’s career than the musical genius producing Sparkle’s first album?

Four years later, in 2001, she watched a horrifying video that changed her life: It showed Kelly having sex with, and urinating on, her then-14-year-old niece, Sparkle says.

“I was horrified and disgusted,” she told me. “I needed to act quickly, and that’s what I did.”

She called the police and went public with the allegation in a radio interview the following year.

She later testified in Kelly’s 2008 trial, in which he was found not guilty of child pornography charges, and told her story once again in the explosive Lifetime documentary Surviving R. Kelly in 2019.

But until today’s verdict, it often felt like she was shouting into a void.

Her niece’s parents stood by Kelly — who was accused of buying their silence in a recently unsealed federal indictment — and didn’t speak to Sparkle for a decade.

She watched comedians and TV shows mock the “pee tape” while bootleg copies were hawked on street corners across America for $10.

The music industry wanted nothing to do with her. Finally, the justice system, and the wider culture, has caught up with Sparkle’s clarion call that Kelly be held accountable.

She spoke with the Cut about what it’s like to hear a guilty verdict, and how speaking out against someone so powerful has come with a great personal loss. 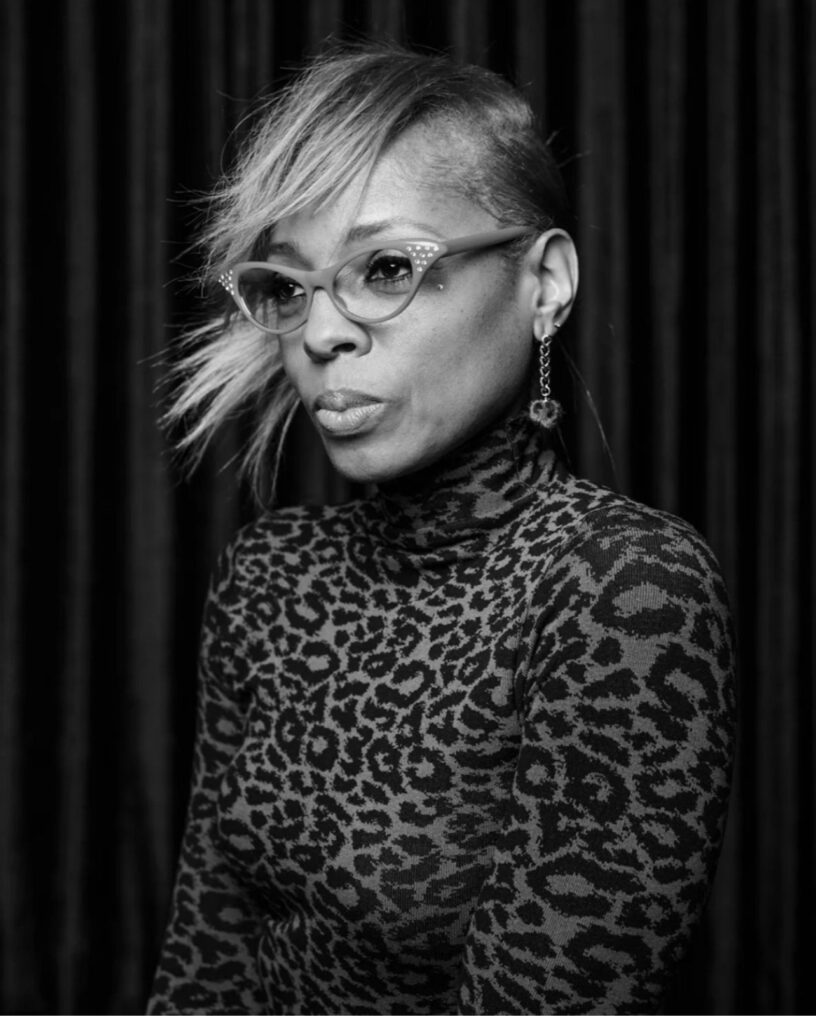 Here are some highlights from her interview:
THE CUT: Are you thinking about your niece?

We’re not in contact, but I’m definitely thinking of her and hoping that she’s okay. Even if she doesn’t feel the same about me.

I’m thinking of her first and then of all the others who were affected.

THE CUT: You took a stand against Kelly in the early to mid-aughts, when he was still putting out chart-topping albums, despite facing several lawsuits accusing him of having sex with teenage girls and being indicted on child pornography charges in 2002. Did you feel like you were living in a different reality from the culture?

I was one of the first to call out what I saw on a 27-minute tape as a violation. I mean, nobody was believing me.

I used to feel like, Am I crazy? Am I the only person seeing this? I wanted to shake the shit out of everybody.

When the Dave Chappelle–“Piss on You” skit came out in 2003, it was a gut punch. I felt like that emoji with the top blown off my head.

I thought, Are we looking at two different things? Had people listened to me and believed what I was saying, maybe we wouldn’t be here.

THE CUT: You stopped working with Kelly in 1999, after he produced your first album, largely because of creative differences. When did you start becoming worried about your niece?

In 2001, I heard from people in R. Kelly’s camp that she was hanging out at the studio by herself, just wandering the halls, with no parental guidance.

They were just saying, “Something doesn’t look right with this picture.” I told my sister and she said “That’s her godfather.

Everything is fine.” But I was worried, and called Children and Family Services anonymously — I didn’t want people saying I was some disgruntled ex-protégée.

I couldn’t go much further than that since I’m just an auntie. I didn’t have the rights of a parent or guardian to get involved.

THE CUT: Tell me about seeing the video.

Later that same year, a lawyer contacted me and showed me the tape. I was disgusted and shattered. I called my family, and initially, my niece’s parents wanted to see it.

Then they changed their minds and stopped responding to me. Our relationship was done. Finito.

I’m assuming Robert had gotten to them, but I’ll never really know what happened. So I called the police.

They took my statement, and they basically told me their hands were tied if my sister and brother-in-law didn’t want to speak.

I was trying to grasp, “How are you guys not getting this? This person has violated your 14-year-old daughter.

Where are you guys?” I have five siblings and except for one brother, there was basically no more communication with most of my family for the next ten years.

THE CUT: That must have been so painful.

In the beginning, I was devastated and hurt.

The kicker for me was that my sister, brother-in-law, and niece were still going to Robert’s concerts, his parties, and his home.

I thought, You’re still engaged with him? [She wipes tears from her eyes.] You’re mad at me for what? He did — [she chokes up]. I’m sorry.

He was the one who did wrong! When I would visit my parents in our childhood home, my sister and her husband would exit stage left. My niece would not speak to me.

To keep from crying, I would just laugh it off.

The fact that I introduced them still haunts me a little bit. Had I not tried to bring my family into his fold, maybe we wouldn’t be here right now. But I also know it’s not my fault.

THE CUT: Have you ever had doubts about speaking up, given your family’s opposition?

After seeing the video, there was not an iota of doubt that I needed to act. I had to cover my niece because nobody else was doing it.

I don’t mention her name in interviews — when she’s ready, she can do that. I’m still very protective. But I’ve always been vocal, even as a young girl.

If I see someone being harassed on the street, I’m gonna step in. I don’t know any other way.

In speaking out for my niece, I spoke out for a bunch of girls that I didn’t know. I laid down on the ground for them and took a Mack truck rolling over me.

I took all of the backlash.

I didn’t wait a day, a month, or ten years. I just wanted it to be known what this monster was doing. And I would do it all over again.

THE CUT: In Kelly’s 2008 trial, your niece and her parents refused to take the stand — likely a huge factor in his acquittal. Yet you, along with 13 other witnesses, identified her as the minor in the tape, and jurors watched the video with their own eyes. What was it like to hear that not guilty verdict come down?

All I could say was, “Wow, they got it wrong.” I had no other words. I started getting pushback online. People would say, “She’s just mad about her career” or “She was lying.”

After the trial, I think I did go through a depression. My body broke down. I was diagnosed with early-onset diabetes because of stress.

At one point I was feeling really lethargic and ended up in the hospital for five days, for reasons related to the disease.

I stopped speaking about the video for a while because I didn’t think folks wanted to hear it. They weren’t ready.

THE CUT: Now that Kelly’s been convicted, do you feel vindicated?

It feels good to have more support, but I don’t care about the vindication. I don’t trust it — people will turn on you in a minute.

Even after Me Too, I haven’t heard from industry people saying, “Girl, we got your back,” or “Speak your truth.”

It’s been radio silence. Where are they? No one’s apologized for shutting me out.

I’ve recently put out a few more tracks and have an EP, Obstacle Course, dropping in November.

One of my songs, “Open Letter,” is to my family about what happened. To shoot the video I went back to my childhood home.

I’ve stifled myself for a long time when it comes to releasing music, and writing it was a huge release.

Bill Cosby Believes R. Kelly Was Railroaded And That He Has A Good Shot At Overturning Conviction On Appeal

Oh She Petty! Tiktoker Tells Story Of A Man Who Was Pursuing Her But Also About To Get Married – “I Bout Them A Gift”

Oh She Petty! Tiktoker Tells Story Of A Man Who Was Pursuing Her But Also About To Get Married - "I Bout Them A Gift"