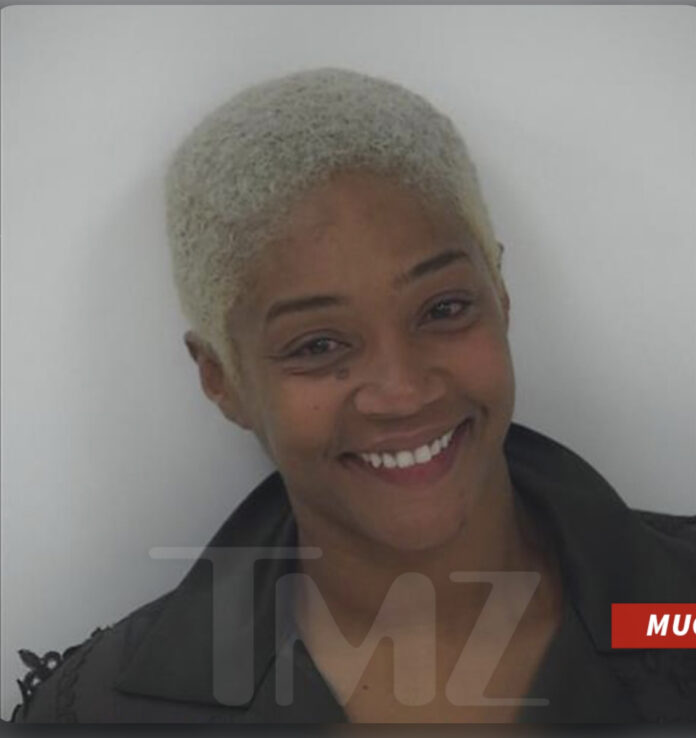 Tiffany Haddish is in some hot water according to reports.

In an exclusive with TMZ the actress is facing a DUI charge after cops say she was dozing in the driver’s seat of her vehicle early Friday morning in Georgia.

Law enforcement shared with TMZ that Tiffany was arrested by Peachtree City PD officers around 4 AM ET.

Although she was getting booked for DUI, the comedian still managed to smile for the camera when cops snapped her mug shot.

Cops were responding to a call for a driver who’d fallen asleep at the wheel.

Officers had a description of the vehicle and were on the lookout for it when they spotted Tiffany pulling into a neighborhood.

They stopped her and arrested her for DUI and improper stopping on a roadway.

Tiffany was only in police custody for a few hours.