by Patrice
in Wellness
2

Some of us don’t like burning sage, or smudging, for various reasons. It smells kinda funny, the process can be time consuming, or maybe you don’t really have too much faith in the healing properties of the herb.

While all of those dislikes are valid, the real concern is much deeper than that. You see, smudging is a sacred cleansing and blessing ceremony that was originally practiced by many indigenous tribes of the Americas.

Over the years, the practice has been popularized and appropriated to the point that the entire concept of burning sacred herbs for healing and purification has been culturally watered down and oversimplified to fit the agenda of various communities.

The commercial use of sage has led to the herb becoming increasingly endangered and over-harvested. Thus, creating noteworthy cultural and environmental concerns for many Native Americans.

This is the main reason why we should all start looking for alternative ways to cleanse our spaces without overstepping the boundaries of a culture that’s not our own.

Here are 3 alternative ways to cleanse the energy of your home when burning sage isn’t really your thing. 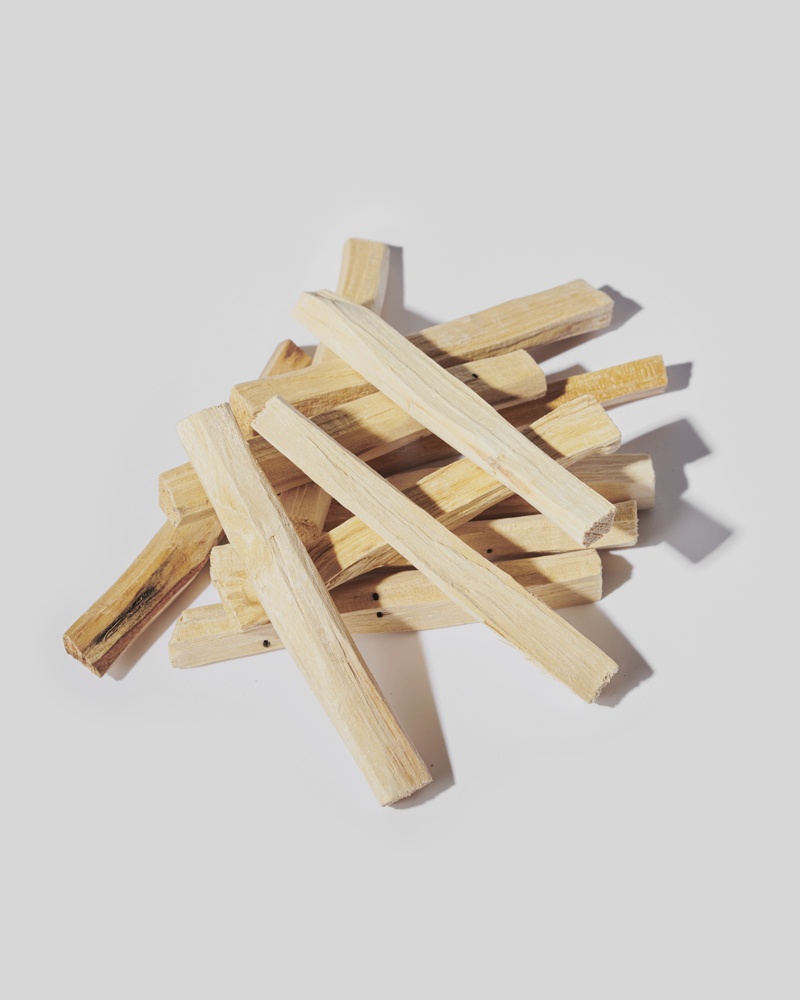 Palo santo, or holy wood, is a tree native to Peru and Venezuela that has been burned for healing and energy cleansing for centuries in Indigenous Latin American cultures.

Much like burning sage, lighting a stick of palo santo is a relatively simple practice that should be done with tons of care and respect for the practice.

To start, hold the stick of palo santo over a flame until the flame takes to the wood.

Once your stick is set ablaze, gently wave or blow it out until all you have left is a rich, musky smell and a trail of smoke.

Begin waving the smoke around your environment while praying, saying affirmations, stating your intentions, or whatever you’re comfy with.

Keep in mind that palo santo stops burning relatively quickly, so you may need to light the stick again in the middle of the process.

Once you’re done, sit it in a heat-safe dish and open your windows to allow the energy to flow better. 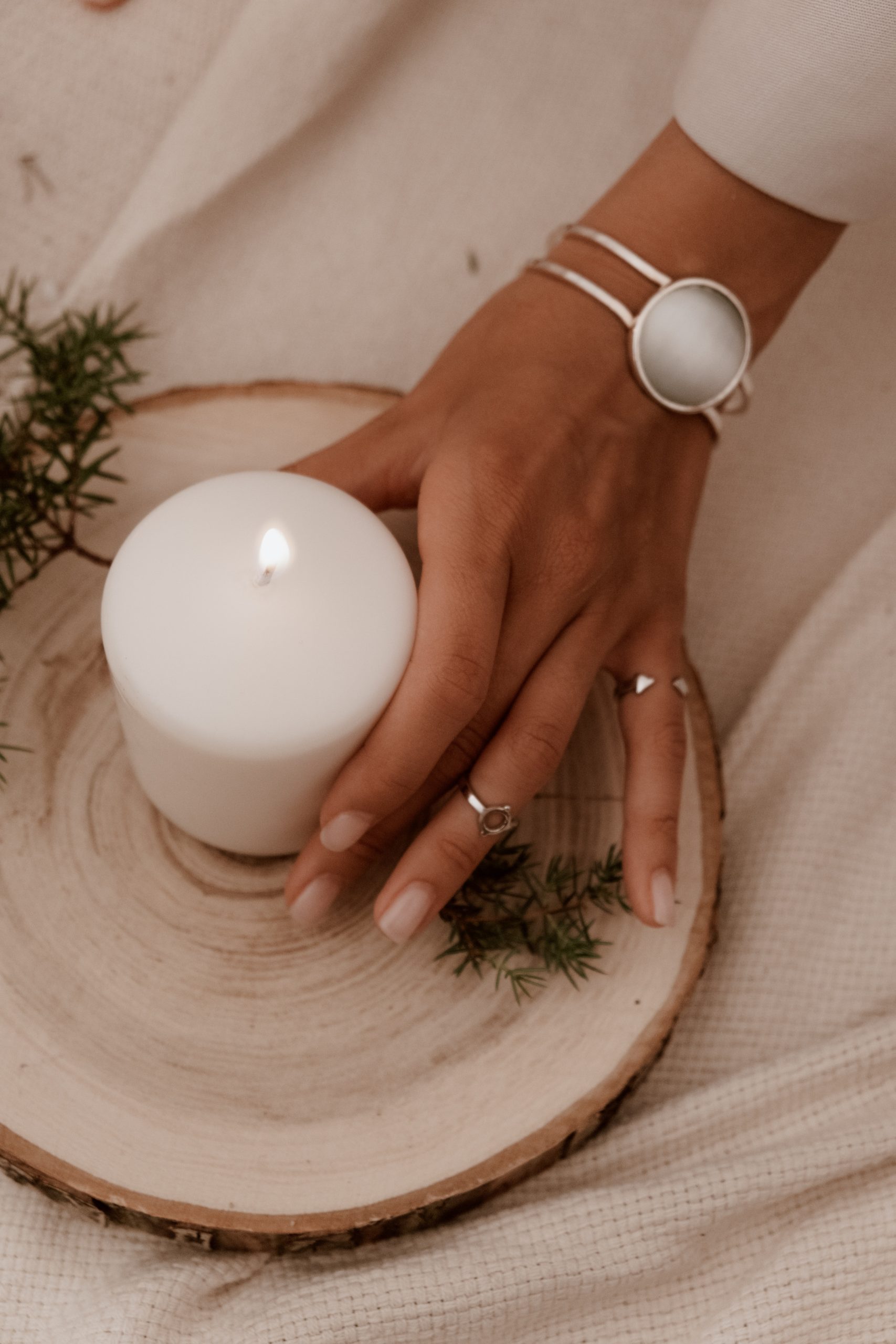 According to color psychology and many different religious and spiritual communities, white is the color of all things good and pure.

When you wear white or meditate with white healing light or stones, it’s said to promote righteousness and an overall clean slate.

In other words, white is the color representative of the fresh start you’ve been looking for.

So it’s no surprise that burning white candles in your home is a safe, uncomplicated, and unscented way to usher out all negative, unwanted energies from your environment.

All you have to do is pick the candle of your choice, set your intentions (i.e. “I pray for clarity” or “I release all negative energy”) as you light it, and allow it to burn throughout the day. 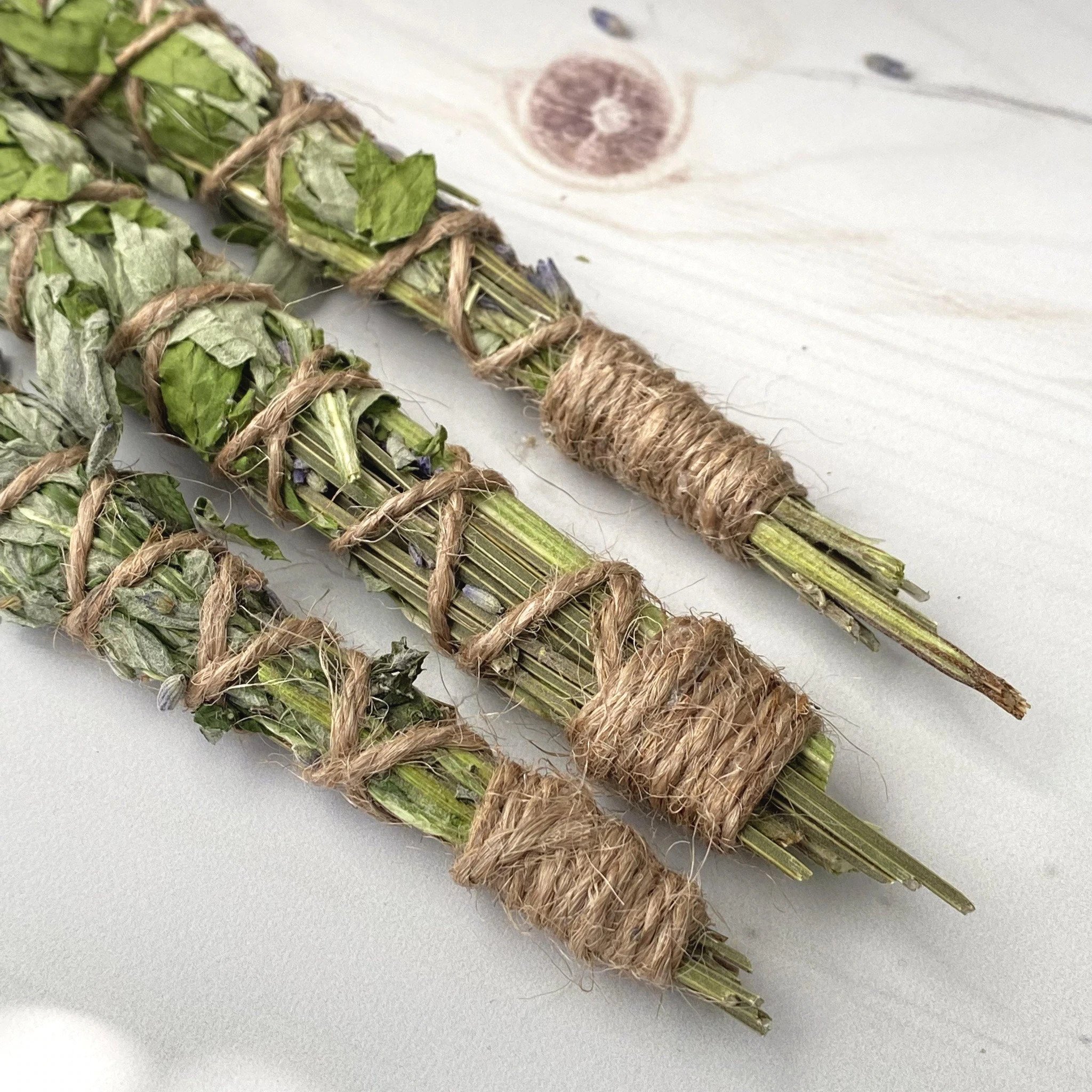 A relative of the daisy family, mugwort is a flowering plant that has been traditionally used by herbalists to treat everything from mental and emotional health imbalances like regular stress and anxiety, to digestive issues, inflammation, and even irregular periods.

From a spiritual perspective, mugwort has also been used for smudging—just like sage.

In ancient China and Japan, in particular, mugwort was thought to ward off evil spirits and all the energies associated with them such as jealousy, deceit, hostility, and confusion.

Like sage, mugwort is bought in bundles (sometimes with other herbs and crystals) and is burned whenever you want to take full advantage of its healing properties.