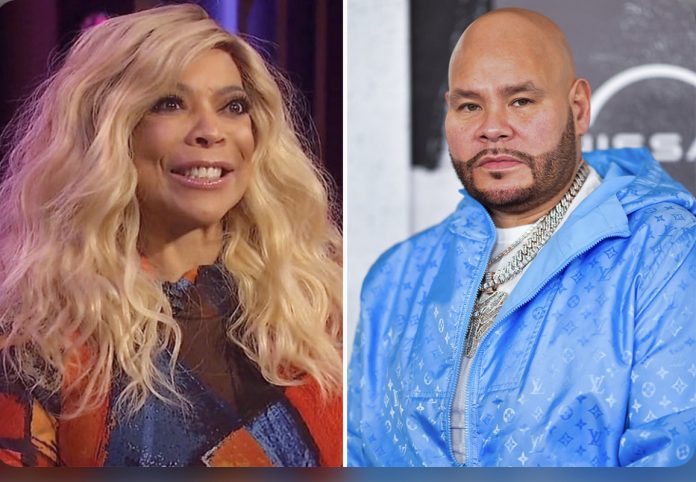 We recently reported that Wendy Williams sat down for an IG Live with Fat Joe and during that conversation she made it clear she’ll “absolutely” be returning to the Wendy William’s Show.

She also said she had no plans to watch Sheri Shepherd’s show.

According to Page Six she told the rapper “I’m coming back to ‘The Wendy Williams Show.’ Absolutely. Absolutely,”.

Fat Joe has been filling in with Remy Ma as a guest-host during Williams’ absence and has been one of multiple guest hosts to fill in for Williams during her year-long absence.

Williams even told him she only wants him and Ma to fill in for her going forward.

“I love everyone hosting it, but I have to say, I wish you only did that… I love you two or just her or just you,” she said.

Another insider Page Six that Debmar-Mercury “is not happy” that Fat Joe interviewed Williams.

For starters, TV pros point out, the production company, Debmar-Mercury, signed a deal with “The View” alum Sherri Shepherd to take over Williams’ time slots.

“He (Fat Joe) didn’t give them a heads-up about it and she did not appear well. She didn’t seem like she was all there.

At times, she couldn’t even complete a sentence,” the source said.

They also said the elephant in the room is that “Wendy is uninsurable.”

“She has not been able to consistently work… She did not have the mental and physical capacity to host her show,” they said. “[Debmar] wanted her back more than anybody. They would’ve loved for her to finish out this chapter.”

“The Wendy Williams Show” will officially end in June.

She sounded as if she could make complete sentences to us, but comment your thoughts below!