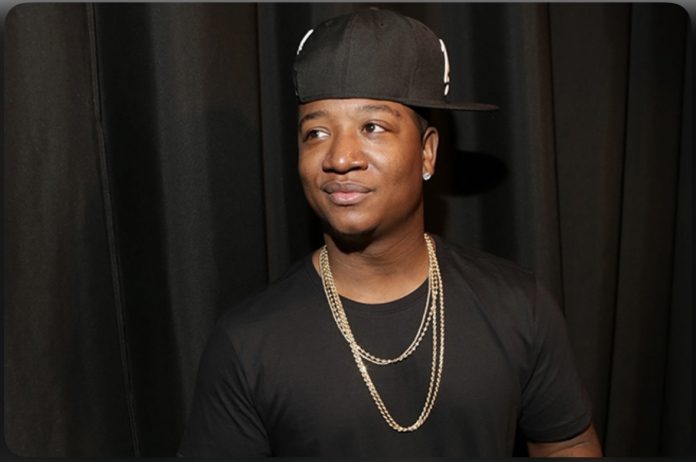 According to The Jasmine Brand, the artist born Jasiel Amon Robinson, was pulled over for speeding when police soon discovered that he was driving on a suspended license.

The license suspension was the result of an active arrest warrant out on the rapper.

While the reason behind the arrest warrant was not officially reported, The Jasmine Brand reports that the former Love & Hip Hop: Atlanta star was booked and charged with “abandonment of a dependent child.”

The “It’s Goin’ Down” rapper has eight children with four different women.

Young Joc explained on the Streetz Morning Takeover why he was arrested.

He said at first the charge was ‘child endangerment’ and then it was changed to ‘child abandonment’, which is typical in child support cases.

He said he was about to get married and wanted to save more money towards the wedding and wanted to reduce the payments to help with the costs.

He suggested to his child’s mom that they get the child support legally established after she got upset about a reduction in payments.

Joc said he was pretty much paying her a salary, upwards to $5000 per month.

She said while the attorney were trying to establish the amount that should be paid, they put a warrant out for his arrest.

Joc wanted to formally establish a payment of $1500 per month.