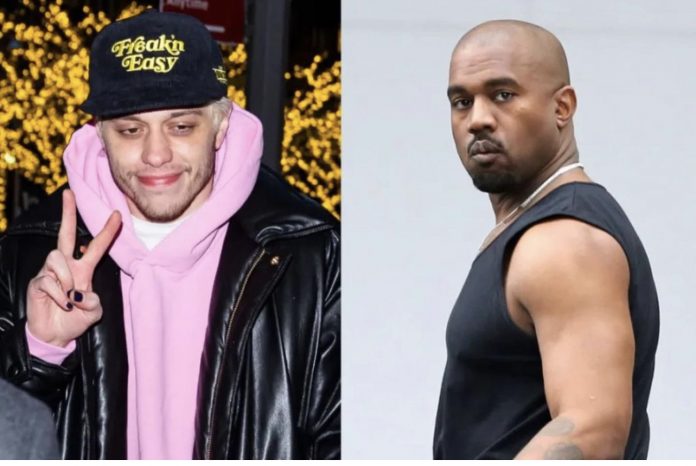 It is being reported that Pete Davidson has been in Trauma Therapy since April due to Kanye West’s online harassment.

According to People West, 45, has posted numerous times on social media while Davidson was dating the rapper’s ex-wife, Kim Kardashian.

“The attention and negativity coming from Kanye and his antics is a trigger for [Pete], and he’s had to seek out help,” the insider says.

The source adds that Davidson, who recently split from Kardashian, 41, “has no regrets for dating Kim and wants it to be made very clear that she’s been nothing but supportive of him throughout their relationship.”

“Moving forward he just wants to focus on his career,” the insider adds of Davidson.

Last week, Davidson and the SKIMS mogul decided to go their separate ways after nine months of dating.

“Part of the reason they split was because of their busy schedules,” an insider previously told PEOPLE of the couple, who were first romantically linked in October 2021. “They both travel all the time and it was hard.”

After their breakup made headlines, West reacted on Instagram Monday morning with a since-deleted post featuring an image of an altered New York Times newspaper with a headline that read, “Skete Davidson Dead at Age 28.”

Kanye West posting a meme about Pete Davidson’s death is not okay with me considering Davidson has been very open about living with BPD, which has a fairly high suicide rate.

West should show the same grace others have shown him.

I wonder if one if the reasons Pete Davidson has so many hot, successful women in his roster is because he’s actually just really nice to women and celebrates who they are without being threatened. Maybe, like, other dudes could try that too, or whatever.